Home » Opinion » Ashish Jha » Ashish asks the creative geniuses behind the ads that we consume to do what they’re supposed to – be creative and challenge convention.

Ashish asks the creative geniuses behind the ads that we consume to do what they’re supposed to – be creative and challenge convention. 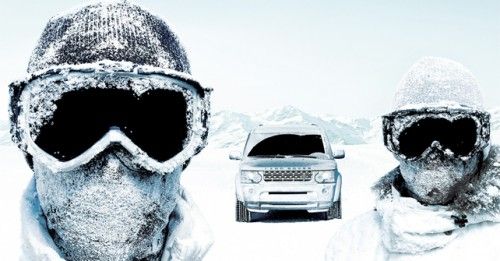 Tell me, which advertisement – medium notwithstanding – do you really remember as a standout? Hardly anything comes to mind, does it? And I’m not just talking about automotive ads – I’m talking about commercials in general, spread across industry categories. Of course, this being an automotive magazine, the concentration will be on auto manufacturers and associated suppliers.

Brand communication is a very important affair. In a lot of media gatherings and events, manufacturers often stress on conveying the essence of the brand (or product) to consumers in the most impactful manner possible. But, more often than not, we end up seeing quite lame creative efforts coming from the tables of their advertising agencies. And these normally get finalized because the ad agencies have chaps who are brilliant at convincing clients that lame is the best way to sell.
Part of the problem is also the consumers to be honest. We’re so passionately attached to our film and sports personalities that it may be reason enough for manufacturers to spend insane amounts on just getting the personality of their choice to endorse the brand. It’s a default strategy – sell them the celebrity, not the product, and people will blindly follow. It doesn’t work if the product is truly terrible – but, mostly, it does.

But this concept of getting celebrities on board is also a matter of choice – you can do a fantastic advert even without a famous surname supporting it. It’s all about stirring the imagination of consumers. Look at Amul – they’ve been doing ads with a single brand communicator, and it’s always been such a hit. In the automotive industry, Tata used to do some good commercials – their Sierra and Safari advertisements were always quite exciting and even the taglines used would convey the brand identity very effectively. Remember “Reclaim Your Life” anyone?

What I’m trying to say here is that manufacturers and creative agencies will have to break their inhibitions and the ‘safe-play’ strategy revolving around celebs. If you look at some of the most celebrated and awarded brand communication efforts, they mostly are very crisp and creative. Most of the ads you’ll see would have you believe the age-old saying, ‘A picture speaks a thousand words.’

It’s not necessary for words to be printed by the bucket load – just get one nice visual to demonstrate what you intend to communicate, and then send the message home with a powerful statement. Simple! That’ll make more of an impact in the minds of consumers than going-on-and-on about various details of your product – that just means it’s a hard-sell effort.

You first must decide what you want – an instantly impactful brand ad that’ll make a lasting image in the minds of viewers or readers, or a me-too communication effort that’ll be lost in the crowd because of what it is – a me too!

Come on you creative geniuses out there – get out of your comfort zone and do what you’re paid to do. Give us something awesome. Break the norm, and don’t always suck up to the client by doing what they ask you to – they have business backgrounds and don’t always understand brand communication and the impact incisive and creative advertising can have.