Ashish manages to stump a gaggle of gurus he refers to as a garrulous packet of men. 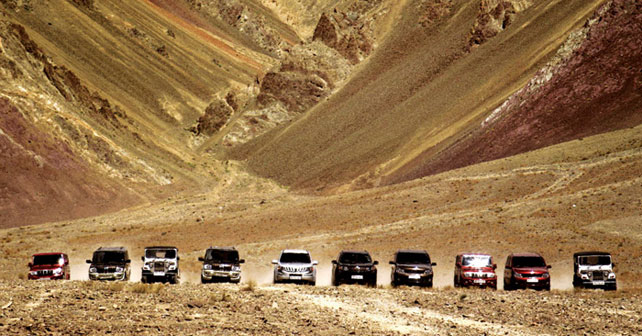 And I am back! Okay, I know, it’s cheesy to announce one’s return in such an emphatic and conspicuous manner. I should be self-effacing and contained – more so because this isn’t really a full-on homecoming, and I’ll mostly act as an editorial advisor to a team that I was an integral part of till last year. Non-resident editor, if you will. Subtle does it then… Speaking of subtlety – at my new workplace (NDTV), I’ve been working on several things spanning editorial ideas to brand strategy, positioning, and things like that. And so I found myself being a part of a very interesting meeting recently. It was with folks from a fairly evolved and respected advertising-cum-creative agency. What ensued was a deep scrutiny of the advertisement efforts that auto firms spend huge money on. Consider the fact that the chaps discussing this were all self-proclaimed experts on all matters of business-and-beyond, and had they been leaders of societal structure the world would’ve been a better place. They provided solutions to all kind of problems – terrorism, communalism, poverty, corruption, and the economy. But, I raised a few points that gave these seasoned men food for thought and actually made them go quiet and think. Not for long though. Chitter-chatter resumed, and this seemingly vital point was conveniently moved off the table. Perhaps I’d touched on a subject that these guys were ‘gurus’ of. Sorry! You see, I made just one point – which automotive commercial of today sticks out in your memory as being really enchantingly good? Which ad from any media – print, web, radio, TV – do you have instant recollection of? Those guys were a bit speechless for over 10 seconds. That’s rare for such a garrulous packet of men. Clearly, they couldn’t give me even a single example. Of course, upon some head-scratching, they did give me a few examples, but, to be honest, even those were rather lame. What’s the point of a commercial – an audio-visual communication effort that’s made after spending a large amount of cash – if you can’t really remember them at all? Yeah, exactly! The only one automotive commercial – and my sincere apologies to all the other automakers – in a really long time that has made an impact in my mind is Mahindra’s We Live Young ad. No other. Lack of creative adverts isn’t the auto company’s problem – that’s the job of the creative agency hired for the job. Clearly, not a lot of good work’s happening. I don’t really want to ridicule anyone without basis, but I refuse to believe that with dramatically more advanced production techniques and highly skilled creative directors, we are still only capable of such average s@&# (stuff, of course). I’m in favour of a really crisp and neat creative – communicate maximum with minimum. It’s not necessary that you feed in all the data in one ad effort. No – that doesn’t do anything but spoil it! Trust me. How much information do you think the consumer would really be able to grasp or remember? The answer is – not much. The central idea should be to hit out in the most effective way – communicate one thing in the best possible way instead of trying to fit in a plethora of things in an average way. But then, I’m not a celebrated creative head, am I? Silly me! But, I’ve sampled adverts from the past up until now. I’ve seen international stuff too, and there’s some really awesome stuff done as well. But we’ve become really ordinary in our communication efforts. We’ve begun to take a powerful medium like an ad film / creative very casually. Don’t overdo it. Audiences are very smart now. Bring the stress back on subtle, yet effective, announcements. That’ll do the job. Now, time for me to think of a softer way to start this piece… but I’m already finishing it. What the hell?