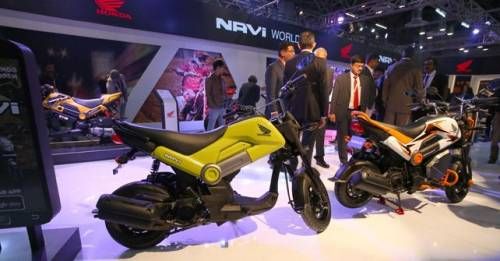 This year’s Auto Expo made up for the lack of eye-candy enthusiast-pleasing things with production-ready sensible vehicles. But one product brought cheer and polarised views like no other. Read on...

Many of you consuming contents of this magazine might not know the format of the Auto Expo very clearly, so let me just put it in a sentence here. Two days prior to the day when the show opens for the public, it’s the media that has exclusive access to all the happenings and unveilings. Just, over the past few editions, the ‘media days’ format has been more about manic media rush on day one, and a stroll-in-the-park for Tom, Dick, Harry, their wives, their many many kids, the kids’ friends, some elders, and, the media folks that were present on day one. Stupid media people — we don’t learn, do we? It’s fundamentally two days for the media, but it really is only one — and that’s my rant. But then, quite a few guys have already said enough about this, and I’ve been harping for years, too.

Of greater interest at this year’s Auto Expo was the fact that it wasn’t a particularly exciting event this year — it was more about rational production-ready products and some small tech showcase, and not so much about outlandish concepts and unattainable exotics. Tata Motors impressed me the most — its Kite 5 looks the most balanced of all the sub-4-metre sedans and the notchback look is extremely well done, while the Nexon sub-compact SUV on display is exactly — I repeat, exactly — what the production model will look like. That’s something Girish Wagh and Pratap Bose — two chief men at Tata Motors — confirmed to me during a small chat with them. To go brave and launch what can qualify as ‘still a concept’  is, quite easily, awesome!

There were many big products — Maruti’s Vitara Brezza would easily be the biggest superstar of the show, while Renault’s wild Kwid-based concepts — Racer and Climber — were heartwarmingly cool and exciting. In the bike world, TVS Akula and X21 were the big buzz-creators, and there was the regular dose of super bikes on display too.

But, nothing — absolutely nothing — prepared the media for what Honda showcased at the Expo. When the Navi was first mentioned in reports, and later came out as the mystery bike in the adverts, there were numerous guesses about what it would be. We even thought it’d be some sort of a sexy, sporty step-through — which itself combines practicality of a scooter, and fun of a motorcycle. We were all wrong; lightyears away in our guesses from what it turned out to be. The Navi was an instant curiosity generator.

If you grew up in the 80s, you’d recall a certain pint-sized motorcycle called ‘Bobby’. It was a Rajdoot GTS 175 that became famous as Bobby because of the movie by the same name it featured in. Honda pulled off a Bobby with its Navi. Sort of.

Over the years, manufacturing methods have gotten better, but the automobiles, broadly speaking, are still quite the same. There are cosmetic upgrades doled out every now-and-then, and some mid-life facelifts happen. Even with most new model introductions south of premium or expensive products, the leap isn’t great enough to make them revolutionary. The Navi brings back that revolution. It’s a product that’s causes polarity in views — some journos and regular show-goers I chatted with loved it, while some hated it with all their emotions.

I find it to be the most exciting thing in the recent past — brave new take in the world of two-wheelers. The Navi has not only brought excitement back, but also lateral thinking and radical design execution. Sure, it’s essentially inspired by the mSX125 that Honda makes elsewhere in the global landmass, but its India-specific implementation is truly great. Can’t wait to ride this odd thing out. And, while I don’t know how good or bad it’ll be, I am convinced of one thing — when riding it, I’ll be laughing out loud. Great stuff, Honda; thanks for bringing peculiarity and ‘different’ back — it gives us space to breathe away from ‘regular’.