Great many laws will certainly improve our roads 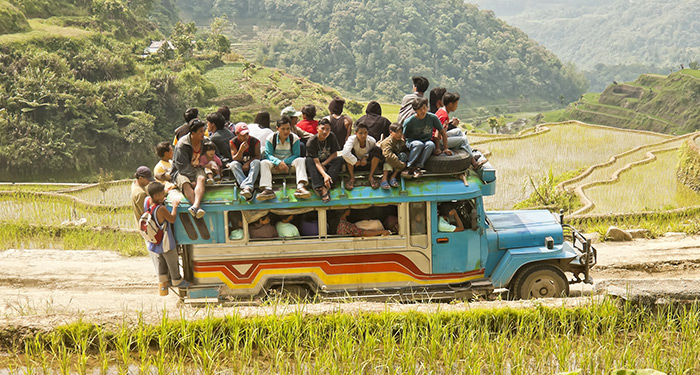 Ashish thinks a great many laws will certainly improve our roads, but wonders who’ll keep a watch on the lawmakers themselves...

Express service at check-in counters crewed by ever-smiling silicon-laden ladies. Lounge access at airports – sometimes more than one. Quality food and beverage – free of cost. Free Internet access too! A ‘Business Class’ (or higher) ticket – which is paid for by the manufacturer – giving you the right to exercise your fleeting superiority at airports which, weirdly and suddenly, comes very naturally to you.

You get further spoiled by the individual massaging-cum-reclining seats, and the offer to drink whatever it is that catches your fancy from the many list of things mentioned in the menu. This is inside the aircraft. There’s free Internet here too! Perks of being an automobile journalist, I tell you. And all this is basically to go half-way around the world to drive some high-end and ever-crucial product that’s expected soon.

Some of these international drives are quite worthless to be honest. You spend an entire day departing from one airport and arriving at another. The drive is not more than a couple of hundred kilometers (or miles, based on your territorial location¬) and then you fly back home. What must be noted is that a couple of hundred kilometers in a foreign land can go by very rapidly – so it doesn’t really feel like you did a lot of driving anyway. That’s why I like organizing my own drives.

I’m a drifter (I point out, as I digress from the core point of this column again).
I’ve driven some very cool machinery in some genuinely spectacular locations, but I still feel the most enchanted by the goings-on on our very own ‘Indian’ roads. There’s so much more – for the lack of a better phrase – character. And I can say that with some authority, as I’ve driven the length and breadth of India.

You encounter kids – okay, grown-ups too – squatting down, with a mug of what they think is water, going about their daily morning ritual, on the arterial roads of Odisha. And Madhya Pradesh. And West Bengal. And Bihar. And at least 20 more states. Okay, 15. You see hastily put-together motorized death-traps ferrying easily more people than the entire count of the nuts-and-bolts in the contraption, and magically keeping them in one piece too. You see haystack-laden tractors barreling down the wrong way on the road – their drivers shouting curse words at you for being the moron that flashes lights and honks at them. They won’t make way, or mend their ways. You should know better. That’s most frequent in U.P. and Haryana. On occasion, you do get endless stretches of smooth road with not a soul in sight – that’s a genuine smile-former. This happens in Rajasthan. Only in Rajasthan.

But of course, with the new road safety bill, there will be efforts to curb such actions by our people –regular, ordinary people. That’s great! I think it’ll bring up life expectancy in whatever small way it can. We’ll lose a great deal of ‘character’, but that’s in the name of safer, more efficient transport – so it’s a fair trade-off I think.

But, discount these ordinary people – who, of course, are quite big in number – for a moment, and shift your concentration to the loud minority of lawmakers, people of ministerial stature, and even traffic governors themselves. In what we call urban (metropolitan) and semi-urban areas (tier 2 & 3 cities), I’ve often seen many traffic violations by those who get classified as ‘babus’ (MLAs, ministers, and the like) or ‘wardi walas’ (policemen).

I’d even tweeted a picture to the U.P. police asking if they’d punish their own for riding without helmets, in the opposite direction? This was in the NCR mind you, so helmets are mandatory. I’m yet to get a response from their ‘social’ wing – if they have such a thing. I’ve seen PCR vans speeding chaotically, service-men drinking the finest blends – stocked in the boot of their official vehicles – during work-hours. I’ve faced-off with some, thinking – stupidly, in hindsight – that my status of being a member of the ‘Press’ will have a direct and hurried impact on them and they’d beg me to not report the matter. Silly me, to have even imagined that. They weren’t worried – not one bit.

It’s great that there are efforts to make our roads safer by implementing a great many laws (most of them are still bills) that’ll ensure motorists don’t get away cheaply with any wrongdoings. But, who’ll keep a watch on the guys who are meant to keep a watch on the average ‘Indian’ Joe? Or is it that they are the ones who lend character to our roads? I need a drink now...