Home » Opinion » Ashish Jha » How the classics of the future will look like?

How the classics of the future will look like? 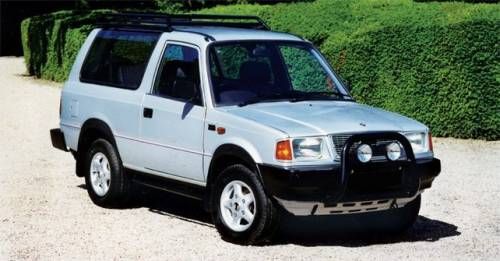 Ashish wants you to tell him what you think will be a future classic...

An average family like that (maybe not exactly like that) made up a great percentage of (relatively) urban India in the 80s. It was the time when a Standard 2000 (yes, that crap car from the movies) would stick out from the regular crowd of Fiats and Ambys. The Standard would get me excited! I would point at it, and force everyone to look at it and at the very least nod in acknowledgement. Of course, in hindsight, I can’t believe I did all that for that car! Never mind.

A ‘different’ car was really easy to spot, as there were rarely any at the time. A boring Toyota Crown, or some nice import, was as rare as hen’s teeth. A classic Beetle? Ha, forget it. A mint BMW or Merc was a visual luxury! We never had cool cars to admire, and certainly no iconic automotive names to contend with – not us regular chaps anyway. We had no concept of ‘classics’ or ‘cults.’ Heck, ordinary blokes had no motoring culture at all. Those kinds of things were reserved for the disgustingly rich or the rare princely descendants. As were the imports and cool cars.

Still, because I’m an eternal optimist – and also a fool – I think we’ve not reached a point where we can grow beyond the mundane rubbish that most manufacturers seem to throw at us every few months. I think we can have a great car culture among the masses – and when that happens (its happening), some of the cars from our recent past will go down as classics. So, which are those cars have the oomph, the nameplate, or the raw appeal to make the cut as a future classic? Mind you, I’m talking only of the cars from a decade or two ago up until now.

I have some names in mind. I think there are a few cars that could become very cool in the near future, and would make for good classics. The original body Maruti 800 is one, which is followed by the original Zen. I think even the Ambassador could be one, and perhaps even the Tata Sierra or Safari. Maybe the Gypsy, the first-gen (for India) Honda City, and the original Mitsubishi Lancer too perhaps?

But the core purpose of this piece is to hear from you about what cars that you think would fit the bill. There might be a story brewing as an outcome! Tweet to us, or just scribble some names on my twitter handle. Let’s get the conversation going – I have a suspicion that it’ll make for an interesting one.