Is the relationship between auto journalists and car manufacturers as transparent as it seems? Ashish doesn’t think so. 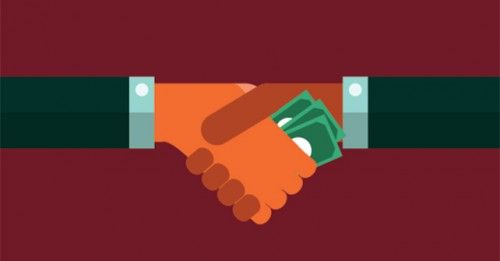 Ashish is a little hot under the collar over some of the recently accepted practices of the auto industry’s PR machinery. Before you approach him, representing an automotive manufacturer, you’d be well advised to read this…

The buzzword for quite some time now has been ‘corruption.’ Elections have been fought, and won, and assurances have been given to an unsuspecting (but jaded) public about eradicating corruption. Candidates have been involved in sweet-talking their way through the vote-bank in mass addresses. But not much has changed over the years!

Recently, though, an upstart came from nowhere and took the national capital by storm. He sounds quite like a teenage kid whose voice hasn’t broken yet, but the fact is that he’s become Chief Minister of Delhi – twice! Now, I’m not a big fan of the guy, but if he can deliver even a small portion of what he’s been beating the drums about, Delhi could become a vastly improved city to live in.

But why am I banging on about this? Because, recently, a strange episode occurred in my corporate life. You see, quite a lot of us – automotive journalists that is – on occasions, also act as consultants and brand advisors to manufacturers. Many a time, a manufacturer will ask to share insights and knowledge about certain aspects of the trade with them – and I’ve always been happy to oblige. But there was never a situation that involved financial benefit.

A few days ago, though, I was contacted by a research group, and the gentleman at the other side – after exchanging the obligatory pleasantries on the phone – started explaining the entire process of the “interview” that they’d like to record. I couldn’t quite understand why was there a need to get so detailed about a simple chat across a table. And then I found out. In lieu of my time, and expertise, they’d like to make a transfer into my account – as a token of their appreciation. I declined! They were shocked. This was supposed to be a simple one-on-one interaction where some unknown chaps would ask me a few questions, we’d knock it around about the industry for a while, and everyone would laugh. Why get money involved in all this? That’s almost like bribery.

There’s something else too that makes me go hot under the collar – when a manufacturer decides not to provide a vehicle for a comparative product evaluation. Now I may be departed from reality, but help me understand this – isn’t that precisely what the products are for, to compete in the market with other products? Humour me for a minute. If a manufacturer isn’t quite confident about its product in a head-to-head battle with the product of another OEM, why make it in the first place? Surely, it’s better to just take some more time, develop it further, and come out with something that can take to the battleground and provide a genuine contest. Simple as that! Curbing the editorial freedom of the media because the company makes crap products is absolutely stupid; it’s bizarre!

This trend has been on the rise over the past few years. I rarely come across – beyond the boundaries of the established motoring pressmen – editorial efforts and product reviews anymore that are worth reading, and agreeing with. Partly, this also has to do with the ‘battery’ of PR people handling various clients. If you’re in the automotive journalism trade, quite often you’ll get calls from PR executives ‘suggesting’ editorial ideas to you. These ideas mostly circle around their respective clients being glorified. Thanks, but no thanks. Everyone from the PR world reading this would be nodding their heads in agreement. I don’t blame you guys – it’s your ‘job’ apparently.

But, you know what, it’s not. I’ve worked with PR agencies quite closely, and even did a few international assignments for some. At least in that setting, PR people were more like partners and consultants, not client servicing agents that most PR professionals are now reduced to. Time to wake up, shake it up, and take a stand. Time to end the stupidity of the industry. Time to…

Sorry, I accidently drifted off into a tirade like a strange teenage-boy-voiced, muffler wearing man.