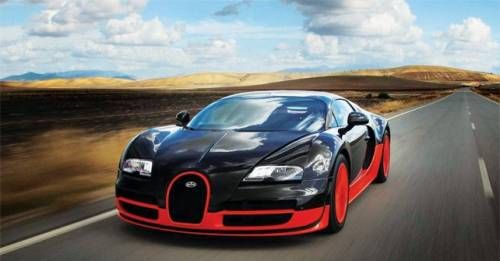 Ashish thinks that the horsepower wars are actually robbing enthusiasts of enjoyment. Less is more in his book.

I find it all rather brash – the insatiable appetite for horsepower! I like powerful cars, I like them very much – but you have to draw the line somewhere. Just when will we realise that when we push the performance boundaries to the border of ridiculously massive, we’re actually alienating enthusiast simpletons from the very concept of driving fun? Don’t get me wrong, I’m not saying that performance isn’t important. All I mean is that less is more – performance should be more accessible to more people.

What fun is 1,000 horsepower when you can’t really use most of it? It’s true – you don’t use any more than 300-500bhp in a Veyron going at speeds that can easily transform the shape of the vehicle into an 8x8 block. But I understand the reason for the Veyron. It was more of an engineering project to prove what was possible – a brilliant project at that. And, once in a while, we should – no, must – have such indulgences. That’s why it’s crucial for the world to have the McLaren P1, Porsche 918 and Ferrari LaFerrari as ambassadors of future possibilities – and it’s just as essential for even more distinct brands like Pagani and Koenigsegg to be bearers of the faith of mega motoring.

But it’s becoming too frequent – the quest to out-do one another. Even one horsepower devotee known to some as Jeremy Clarkson found the F12 Berlinetta a tad too powerful. Every new comparatively mainstream cars today come with inflated numbers over their respective predecessors. Just how much is too much power? 600? 700? Will you ever use all of that? Of course, the super-rich investing in exotic names can likely afford a small country and drive on either an airstrip or a racetrack if they so choose. It’s the more humble cars that matter more. And I’m talking not only about the BMW M cars, but also cars like VW Golf R and Honda Civic Type R.

In a recent revelation, Porsche’s GT program chief, Andreas Preuninger, admitted that chasing horsepower isn’t the ultimate answer. More power, proportionately, leads to a heavier car – bigger brakes, altered suspension, larger wheels and tyres, etc. BMW M division’s main man, Frank van Meel, also says that the M cars will be power-capped to 600bhp. That’s great news. Maybe not so much for the teenage fanboy on the Internet, but such kind will see the point one day. Maybe. Hopefully...

Today, ‘performance’ cars not only come with earth-turning engine figures, but also tyres that’ll shame a fisheye lens. That means that there’s monumental levels of grip, and if you want to get even slightly frisky to have any fun, you’ll have to go really fast. So, you’ll basically end up in a hospital – and your car will eventually be a pile of carbon fibre trash. Toyota realised this issue and gave the world the GT-86. Now, Mazda has done a new Miata, and the gorgeous Alfa 4C is proof that modern engineering, pure passion and driving emotion can coexist in harmony.

Now, if only the tech-obsessed manufacturers realise that much of the electronic garbage can be done away with in favour of fun and cars that form an emotional connection. Or perhaps what I’m suggesting is over the top – again – as this can only be achieved with expensive technology and manufacturing processes that’ll drive up costs. But, then, what is it they say about economies of scale and all that? I’d like to believe that it’s still possible if the big names in the automobile business decided – like the emphasis placed on electric and hybrid technology, which is expensive but is justified by the sales figures (supposedly). Maybe I don’t get it. Perhaps I’m an eternal hopeful. That makes me hopeless. Er… I’ve done it again, haven’t I?