Most SUVs are just off-roaders or utility vehicles really 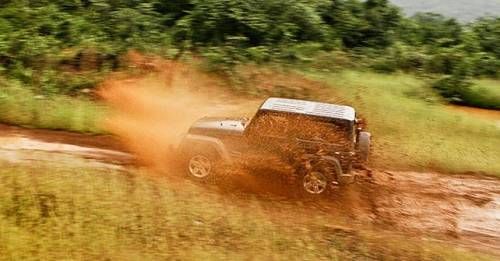 Ashish feels that SUV’s need to lose the ‘sport’ tag, and machines that can go off-road need to be referred to as such – off-roaders!

There’s always been a great fascination with the term ‘sport’ in the automotive world. Motorsport is an example of what motoring machines can be! It yields the epitome of engineering brilliance, and evokes deep emotion. One Mr. M. S. Gill could do with reading up a bit more on the subject of motorsport.

Being dismissive of, irritated by, and angry over the comments by many of our government officials is quite a normal thing for most of the nation. Yet, there are some who are colossal dimwits in going about their business. I was massively pissed at M. S. Gill’s remark from a few years back that motorsport is “expensive entertainment.” There’s nothing wrong with being schismatic, but you need to apply some nous over subjects that have massive global acceptance. Motorsport is one such subject. After all, it’s classified as a sport the world over, and to make a statement like that – especially in the capacity of a union minister – is simply ludicrous.

Gill mentioned something about the technology in motorsport being far removed from the general automotive scene here. Yes, I completely agree – and that’s true not only for the Indian automotive scene, but several other parts of the world where motorsport finds a warm embrace.

And if the technology in any sport is a measure for its classification, I don’t even know where to begin for motorsports in India. And by that logic, shouldn’t we aspire to get better? Either way, it seems that Mr IAS has the right to his opinion — sad that he chose to voice it publicly as sports minister though. Great job!

Anyway, the point I wanted to make at the start of this piece, but got deviated from, is that while I fully understand the harmonious union of ‘motor’ and ‘sport,’ I find it very hard to get convinced of the abbreviation ‘SUV.’

The vehicles that get classified as SUVs are mostly big, beefy machines that can traverse some of the most demanding natural and man-made obstacles. In that sense, I always imagined terms like ‘off-road’ and ‘rugged’ to be quite fitting for such vehicles. Wikipedia and some other digital sources define SUV as a “vehicle similar to a station wagon, estate car, or a van, which is usually equipped with four-wheel drive for on-road or off-road ability.” So there’s no mention of any sporting pretence by definition!

Take some of the other categories as a case in point – sedans, hatchbacks, sport cars (wherein sport is actually appropriately used), pick-up trucks, station wagons, minivans, etc. – they all do what it says on the label. SUV, however, comes across as a segment that’s a little confused about its identity. Of course, there are vehicles in this category that do the off-road bit quite well – so why not simply term them as off-roaders?

I totally understand the ‘crossover’ category – a segment that’s submitted to the accountants chasing green balance sheets. And the design of a crossover vehicle is influenced heavily by a key feature – an underbelly scrape prevention system called ‘Ground Clearance.’ But what really riles me up is the prostitution of the concept. Crossovers aren’t just limited to SUV-esque body shapes – there are now hatchbacks that are bring raised slightly and then being given inflated body proportions.

Sure, the ‘sport’ tag looks good on a performance version of a utility vehicle, like the Range Rover Sport, Cayenne, AMG ML (oops, I mean GLE), and more suchlike. But the idea of taking a Toyota Land Cruiser or Nissan Patrol out on a track for a lap time sounds downright ridiculous, doesn’t it? Or would a Jeep Wrangler or LR Defender tearing through thick vegetation in a forest – sluggishly, but surely – qualify as ‘sport’? We could debate that, but, to me, it’s more fitting to use words like hard-work, grit, solid, masculine… you get the picture.

The world is going mad with SUV-esque body-styles at the moment, but true SUVs are few and far between. Most high-end SUVs are more of a lifestyle alternative to conventional luxury cars. Crossovers are – well, just quite cross! There needs to be a separate segment to celebrate vehicles that do more of the outdoorsy stuff. And there needs to be a petition to get rid of the ‘sport’ tag, for goodness sake – it’s just stupid!