Start being more courteous on the roads 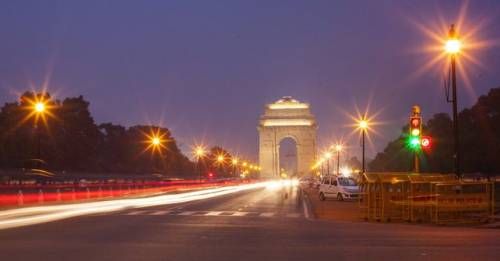 Ashish’s wish list for 2016 is a short one – it contains just 15 simple demands! One of which is for you to start being more courteous on the roads...

The odd-even formula, a ban on diesel engines of over 2-litres in capacity, and instructions to jump straight to BS6 – it’s been an unusual start to 2016.

A lot has already been said about Arvind Kejriwal’s road-rationing odd-even idea, so I won’t ‘pollute’ this space any more. While the debate on the level of pollution before-and-after its implementation will go on-and-on, one thing is clear — traffic congestion on Delhi’s roads certainly went down big time.

The diesel engine ban for anything over 2-litres is a strange one though, and isn’t based on any specific science as such. The decision to jump from BS4 to BS6, however, is a good one. While the auto industry has been making an incomprehensible buzz of countless whispers in response, the government will stick to its revised implementation timeframe.

A few days ago, I engaged in a deep discussion about the Auto Mission Plan, the Motor Vehicles Act, policy making, and more nerdy stuff with a couple of analysts from a research agency and two friends from two different carmakers. All of us shared a wish list — each sillier than the other. But there were some hidden gems in the tomfoolery.

I remember this one episode of Top Gear where Clarkson called diesel the ‘fuel of Satan,’ and – with it being at the centre of many discussions of the wrong kind – diesel might not remain the preferred fuel type for too long. The EU has already started seeing a gradual shift towards petrol, and scams like the VW diesel-gate don’t help matters much either.

I like petrol engines — they sound better, burn better, and, maybe its just me, but they feel better too. I’d like to see a stronger shift to petrol engines. Manufacturers are already working on new petrol engines, but the move is mostly towards small 3-cylinder city-worthy motors. I’d like to see someone get serious about doing performance petrol engines. Maruti’s 1-litre Boosterjet will be revealed at the Auto Expo, and it’ll give great energy to the Baleno – I’m already considering buying one when it launches. And I’d really like Ford to do something exciting with its EcoBoost motor, VW to give us even more delicious stuff with TSI power, and Honda and Toyota to juice out more power from their silky motors.

I’d like the government to get serious about at least two things — one, banning all vehicles, fuel-type notwithstanding, which are over 10 years in age (with an exception for classics), and second, the scrappage scheme. According to Nitin Gadkari, the incentives could vary between 30,000 to 1.5 lakhs. Why would anyone scrap a car for that sum, when its better to sell it in the used car space at an exponential price? The rewards need to swell in value, and come closer to the realistic resale values – and the burden should be borne collectively by the government and the auto manufacturers. The automakers could even run promotional schemes for particular products that aren’t doing as well as expected in the market.

This last bit is more about living a better life. Upgrading the existing infrastructure and ensuring that future developments happen at a rapid pace – without compromising on quality or safety. Lit up streets, last-mile connectivity solutions, increased frequency of public transport, realisation by commuters that honking doesn’t really serve a purpose, and for folks to practice lane-driving. Lastly, we all need to be more responsible road users — obey traffic laws and be compassionate towards accident victims.

Too much, you think? Try doing your bit on the road. Trust me, it isn’t that difficult and it’ll give you great peace of mind.