Home » Opinion » Ashish Jha » The Indian auto industry is laced with fine examples of impressive cars that deserved to get more appreciation from the market than they did. Ashish gets chatty about a few of them.

The Indian auto industry is laced with fine examples of impressive cars that deserved to get more appreciation from the market than they did. Ashish gets chatty about a few of them. 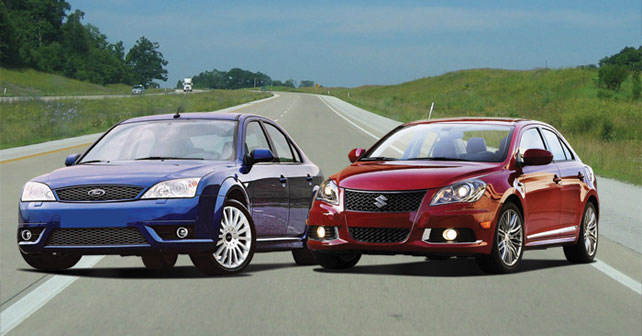 I've been thinking of doing a proper feature story around this concept for a reasonably long time now, but it’s never been quite possible because of several logistical reasons. The biggest issue, however, has been the unavailability of the cars, or the reluctance of manufacturers. You see, when I asked for some of the cars, it was greeted with subtle questions. Why would a journalist ask for cars that were either not doing so well, or went out of production a while back? It becomes especially hard for the manufacturers – for obvious reasons – if the car in question is a production model that hasn’t been a market success. I think part of the problem was my blunt explanation of what I had in mind – a story themed ‘The Underdogs.’ Presumably, no one would like to be a part of a feature story that would highlight the products that didn’t do well in the market – despite being rather wonderful. Of course, some of these cars were simply “not available anymore.” In hindsight, I shouldn’t have gone the OEM route in the first place! I tried hard, but no one we knew in our extended circle of contacts had the cars I was planning to do the feature on. So, the plan of doing such a story is still that – a plan. My list of cars that would fit the tag of being underdogs has been getting longer by the day, but I’ll list down no more than three here. The rest would have to wait as I’ve still not lost hope of doing that ever-pending feature article! The first one that comes to mind as a default is the Maruti Baleno / Altura. Cracking car, isn’t it? It was, but even the silly old Opel Astra had more brand equity than the Baleno back in the day, and the Lancer outsold it many times over. Of course, the hot favourite Honda City decimated the Baleno! What went wrong there? Firstly, the styling – for a car that retailed at nearly 8 lakh rupees almost 15 years ago, it was rather insipid. And secondly – which is more crucial – Maruti didn’t quite have the clout and brand prestige to command such a premium price. But the product itself was quite lovely! The dynamics were so well accomplished that you can see the Baleno being raced in some rallies even now. The Altura was basically the Baleno with a massive boot. And I thought it looked better too. When you track Ford’s history in the Indian market, it’s amusing to see why the Detroit giant could never manage to stamp its authority here. It always had reasonably good products – the Ikon was a genuine pleasure-giver and the Fiesta continued the trend of being a road-racer. The 1.6-litre petrol engine is still etched in the minds of enthusiasts as a gem. But the car that sticks out from the Ford portfolio as the underdog is the Mondeo. It was the right car at the wrong time, in the wrong place. Pricing went absolutely wrong, and the perennial issue of after sales didn’t help the nameplate either. What a magnificent car otherwise! Lovely handling, great engine, and it looked quite sexy as well. But the market was just not ready for such a car – and Ford, admittedly, would’ve done well to market the Mondeo more aggressively. Another Maruti-Suzuki product here on my list – the absolutely glorious Kizashi. First things first – I think it looks absolutely stellar. And if the looks alone don’t stir you up, the way it drives is definitely going to. The chassis is one of the most neutral I’ve ever driven and the engine-gearbox combo is just fun in its purest form. The damn thing is reasonably comfy too, and comes with mostly all the creature comfort boxes ticked. Sorry, I should say – came with! The Kizashi is discontinued now. Pity, because it was quite a fine car. But it was a marketing disaster. Maruti should’ve done it as locally produced model and not a CBU. Imagine the Kizashi at 10 lakh rupees – now that would have been a steal. I would have written a cheque for one in a heartbeat.