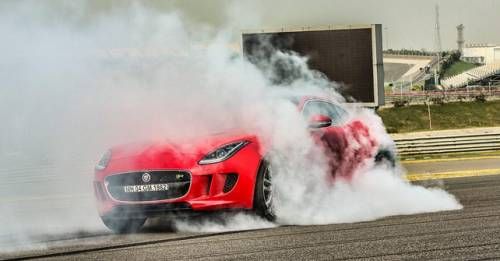 A family face is all well and good, but Ashish is worried that he can’t tell the difference between a Jaguar XE & XF…

The international press has just driven the latest XF and there’s much mushy-talk around it. It seems that Jaguar has been gradually getting its act together. But, it’s also on its way to becoming Audi!

I like the R8 – it’s a really easy supercar to get around in, and both your nappy-wetting baby and grandma could drive it. But, that’s exactly what the problem is. Because such ferocious power is so manageable, every well-paid Silicon Valley geek gets to pretend he’s Eric Bana. Truth is, he’s no more than a tech-obsessed twonk who has no idea what to do with the black magic force of the engine. The trouble is, he doesn’t need to. The R8 is so efficient that it does everything on its own. It’s a dispassionate experience, and, that, for a supercar, is unbecoming. Ferrari, Lamborghini, Aston Martin, Maserati, Mercedes – every car under the banner of these companies worth the supercar tag is temperamental and connects with you at an emotional level.

Anyway, I drifted towards a completely unrelated topic. I was talking about Jaguar, and how it’s becoming Audi. When the F-Type came about, the world raved about how brilliant it was despite being excessively flawed! I drove the F-Type convertible around the Buddh International Circuit, and it was as epic an experience as it was frightening. The car produced 488bhp, drive went to rears, and I went in circles – covered in a cloud of tyre-smoke. Not a good thing for an ex-amateur racer’s ego. Then came the Coupe version with, predictably, even more power (542bhp!), better handling credentials, and it made an even denser cloud of smoke. Happy days!

The F-Type was hailed as the legendary E-Type’s spiritual modern successor – and it looks every bit as much. The rear, especially, has E-Type written all over it. The F-Type – in both body styles – is a properly pretty sight, and it was, technically, the first product that announced the arrival of a new era for Jaguar. What followed was a business case and market study to ready the products that would keep Jaguar healthy.

Jaguar showcased the C-X17 (now, F-Pace) in 2013. Its tail lamps are a derivative of F-Type’s. The next car to make big news was the all-new XE – a car that finally gave Jaguar ammunition to go into battle against the BMW 3 Series, Mercedes-Benz C-Class, and the Audi A4. And that, too, looks heavily F-Type inspired from the rear. And the latest Jaguar – the XF – looks insufferably like the XE!

I’m not suggesting that the XE or XF look bad. They look quite magnificent. But, you know how it’s practically impossible to tell the A6 and A8 apart? Or the Q3 from the Q5? And… you get the picture. Audi destroyed the sense of design in its cars by taking the concept of having a  ‘corporate’ look a bit too far. Automotive designers go balls-to-the-walls talking about how a certain faint crease gives a defined character to an automobile. Well that sounds pretty hollow when all their cars begin to look the same.

As much as I respect Ian Callum, and think he’s one of the greatest artists of our time, the Jaguar range needs to go beyond the ‘family-design’ theme. Give each car a standout personality – not just the way it feels, but also the way it looks. It’ll also give designers a clean canvas to play with. More importantly, it won’t restrict them to play within a strict set of rules.

Jaguar going the Audi way is just plain stupid. And that alone is reason enough for Jaguar to think about this matter seriously. So, people, think beyond the F-Type!