Ishan reflects on the state of our highways and questions the frequency with which he had to stop to pay toll. 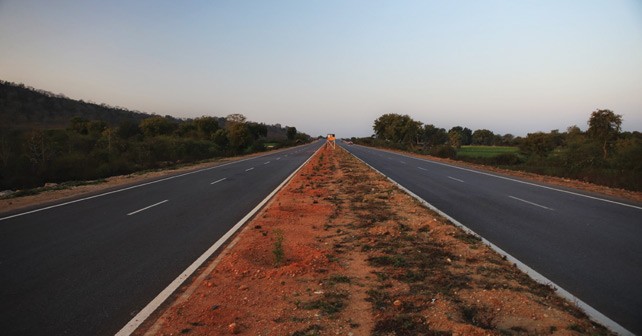 Having covered 7,000 kilometres on the road this month, Ishan reflects on the state of our highways and questions the frequency with which he had to stop to pay toll.

It’s been the kind of month that can pretty much be defined as one that was spent on the road! For our cover feature, first I drove from Delhi to Kanyakumari and Kochi, and I followed that up with driving to and from Nagpur there after. So, having covered a vast amount of distance on roads across the country this month, it’s heartening to see that the road conditions in our country are finally improving – and rapidly at that.

Part of this is due to the development work undertaken by the NHAI, and partly by the private sector coming into the road development business. But, as a result of both, the biggest irritant are the toll-booths that dot the highways – literally every fifty miles. And this has been a polarising topic. Some people don’t like the fact that they’re made to pay toll at all, since we pay a fairly substantial amount in road tax with each car purchase – wherein we contribute towards a fund that is supposed to be used exclusively to develop the road network.

Fair point, but as someone who regularly does long road trips, I don’t really mind paying toll – as long as the money leads to a good road network, which improves the driving experience on our roads. And, fortunately, this has actually led to some fantastic stretches. For example, NH7 from Jhansi in UP to Nagpur in Maharashtra is a brilliantly built, well designed stretch of four-lane highway that easily enables you to average over 90km/h for 600 kilometres without even pushing the envelope of your car’s performance. Of course, there’s also the Yamuna Expressway – which reduces your travel time from the capital to Agra to a fraction of what it used to be. Personally, though, I find the expressway too large and boring. It’s like driving on a flat, wide, straight stretch of American Interstate. NH7 differs in the sense that it’s wide enough, but there are also a lot of elevation changes – and the road is curvy, so it keeps the driving enthusiast in you engaged.

Then, of course, there’s the stretch from Nagpur to Bangalore, via Hyderabad – which is equally brilliant, albeit with a bit more traffic, not to mention a patch of non-existent road for about 50 kilometres. And, after the chaos that is Bangalore traffic, the roads till Kanyakumari are fantastic – although there is a fair amount of truck traffic on certain sections of this stretch.

The downside is that most of these roads are tolled, and it’s common to line up at a toll-booth almost every half an hour. And while this can be frustrating, I, for one, can live with the tolls given the excellent condition of most of the highways. A good compromise could be if we had fewer tolls and more open stretches – all it would require is slightly better planning. And it would mean that a journey from Delhi to Kanyakumari, and back, wouldn’t require us to stop on over 80 occasions just to pay toll...