Is there Fake News in auto journalism? 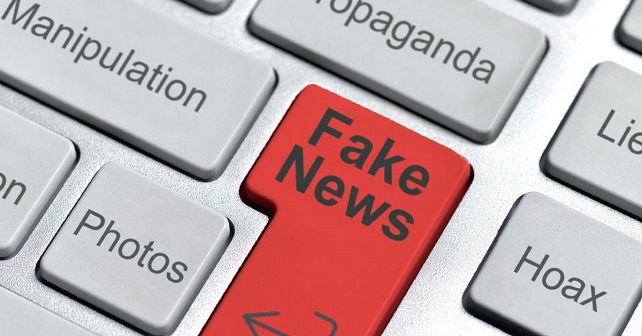 Ever since the Pulwama attack there has been a lot of debate about ‘Fake News’ in India. Jared looks into how much of this ‘fake news’ also exists in the automotive journalism sphere.

There has been a lot of talk about ‘Fake News’. What is it? How does it spread like wildfire? Well, the obvious answers are there but, the moral issue of this so-called fake news is still up for debate. In a broader context, all media houses around the world have published or reported fake news deliberately for decades. State sponsored media is expected to blast out lies to control the sentiments of the general public, but when trusted and respected news agencies create false news stories then it seems the world is being completely mislead. CNN, BBC, Fox, Al Jazeera, and our very own Times of India are just a few examples of some of the big names that have published or reported fake stories, either because they were in a hurry to be the first to cover a story and so it was by error, or, they were paid to put out content, or even worse, they did it deliberately.

But, let’s not get into such a deep conversation about this. We are an auto magazine and website of course, so, right now, I want to talk about fake news in the auto industry. What I am about to say could possibly get me in a lot of trouble with my Editor, but I am currently stuck in bed from an illness and I’m bored. Fake news exists in the auto industry as well. Well, sort of.

I have been writing about, and reviewing, cars and motorcycles for 10 years now and it’s taken me a while to get to where I am. When I first started out, I was handed press releases directly from car and bike manufacturers and was told to write news articles. All I would do was glance through them and then write out a 200 or 300 word story, highlighting the important aspects without questioning anything. After you read about 1,000 press releases you begin to see how their structure and language is almost identical, and sometimes very misleading.

Now, MG Motors is trying to break into the Indian market and they have got a boat load of money to do so, thanks to their Chinese owners, which is not mentioned even once in any of their marketing campaigns focusing on their British heritage – because who cares about Chinese car heritage, right? They have still not officially entered the market but, over the last few months I have received a press release from them almost daily. Today, I received not one, but two, and one of them was about how MG Motors have partnered with a travel website to produce a web-series. In their press release they mentioned that this new ‘non-fiction’ show will “promote and sustain Morris Garages as the world’s foremost luxury car brand.” Excuse me! But, to call MG the world’s foremost luxury car brand is laughable at best. However, if you just do a quick Google search for this story you will see that every auto blog, business website or auto website, has used the same wording. Now, this of course is not fake news. It’s marketing jargon of course, but it’s still not true. Fake news is when the people who write or broadcast the news know they’re delivering false information. This is just irresponsible and lazy journalism.

There are thousands of press releases that mention ‘best-in-class’ this and that, and it’s reported by auto journalists exactly as is. Power figures are sometimes manipulated and fuel efficiency is always overstated. If you ever read the press releases sent out by Volkswagen prior to the ‘Dieselgate’ scandal you would be shocked at how many times they mentioned the ‘clean diesel technology’ of VW. Look how that turned out! Journalists didn’t bother to check, and they simply reported the same and in turn VW customers thought they were doing their part by driving cleaner cars.

This is still false reporting no doubt of which the implications are quite serious, but it’s not really fake news. Let me also just remind you that it wasn’t only VW who lied about their fuel emissions. BMW, Mercedes and even Nissan also got tied up in the emissions scandal, and they told journalists and customers the same thing – that their cars are clean. Triumph Motorcycles also had a similar case in India when they overstated the power figures of all their motorcycles and there were a lot of news sources that didn’t check the actual figures. Customers were also lied to by dealers.

Then, of course, there are paid stories or features. I am sure you already know about them. We are essentially a business, and businesses need profit, and advertisements, are the best way to make profits for media houses and publishers. Of course, nobody wants their readers to be bombarded with ads, and so, advertisements have become paid features, but in some cases media houses don’t take the responsibility of letting their readers know that what they are reading is paid for by a car or bike manufacturer. In every issue of autoX we do have some paid content but, we always let our readers know this. But many auto magazines and websites don’t do this and it becomes misleading.

The fact I am trying to make is that journalism, even auto journalism, has somehow been turned into a black hole. The internet has made information so accessible and at the speed of light any story can spread. There are thousands of auto blogs and auto websites, and these things called social media inlfuencers, that have popped up and are fighting for viewership and followers that they will put any kind of content out there without fact checking just because they want to be the first. Unfortunately, accountability is lost from the OEM’s, whose sole purpose is profit, and history has taught us that all corporations lie. Journalists were once held accountable but, today most of them care about viewership. In the end though, it’s the customers who are affected. So, don’t ever go by what a press release or Instagram post claims, or what a review or news piece states. Fact check everything yourself. And that goes for all kinds of news.

Brilliant and overdue. So, what's the fix? Don't attend press conferences, or carry your own rum in a hipflask? Say no to "embargoes"? Junkets? I think unless there is a sort of "no strings attached" deal, any form of media drive is a waste of time, especially if there is no factory visit. Every which way, good luck guys.