A look ahead at the automotive industry in 2019 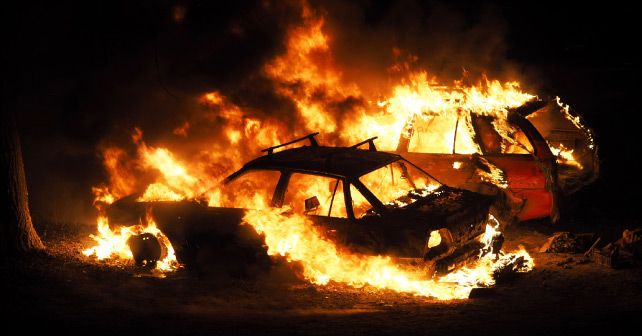 As 2018 comes to a close, it’s time to reflect on the past year – and take a look ahead at what promises to be a decisive year for a number of reasons.

I expect to see a number of high-profile launches among German carmakers. One of the most successful cars ever conceived, the Volkswagen Golf, will enter its eighth model generation.

In former times, the launch of the Golf would have overshadowed all other proceedings at VW for the year. But alas, 2019 is supposed to be VW’s year of electrics – the ID models will come to market in several versions and in serious numbers. The Frankfurt Motor Show may be turned into a massive push for ID, while the poor Golf takes a back seat.

VW is also investing heavily in perfecting its I.D.R electric prototype. It broke the record at the Pikes Peak Hill Climb and VW is hell-bent on setting further records. But the program has internal critics as well. They point out that the budget could reach eight-figure Euro amounts – and that the I.D.R has precious little to do with the 150-kmph mass-market electrics that VW will try and sell in large numbers. Simply put, it’ll put the wrong idea into people’s heads, and it’ll only bring about disappointment.

At Audi, the new A1 is proof that the company is cutting costs. Unlike its predecessor, the A1 loses its diesel option, there is no three-door version anymore, the all-wheel drive S1 version is gone, and it’s not even available with a sunroof anymore.

But Audi mainly needs success of the e-tron fully electric crossover SUV. In 2018, the company orchestrated an unprecedented launch campaign, with several photo shoots, prototype ride-along and drive events, and a massive unveiling event that was moved from Brussels to San Francisco at the last-minute at the behest of the company’s interim CEO, Abraham Schot.

Porsche will keep pushing the upcoming Taycan EV, which is of crucial importance to the company as it has diverted large sums to developing electric mobility. The new 911, internally and among enthusiasts known as the 992, almost seems to be a footnote.

Mercedes-Benz will launch the fully electric EQC and a number of conventionally powered cars. It is significant that the Maybach sub-brand will grow with the late-year addition of a model that’s based on the next-gen Mercedes-Benz GLS.

BMW is pushing its new 3-series, but we also expect to see the production version of the electrified X3. With relatively few visual changes, it’s expected to be a magnet of negative commentary from EV enthusiasts, just like the Mercedes-Benz EQC.

It’s the same crowd that praises Tesla as a role model for the industry. But the future of Tesla, in fact, is more opaque than ever, with mounting quality and production problems, an autopilot function that I believe is unsafe, and barely concealed financial woes. Yet, Tesla is still in better shape than some Chinese EV companies, which appear to be little more than money laundering schemes.

There are growing indicators that the Chinese government is scaling back its massive electrification push. The government is currently interested in keeping the automotive market afloat, whether with or without electric powertrains.

The Trump government in the US has even less interest in electrics, even though the subsidies have been kept alive – for now. We may witness an epic battle between the EPA, led by Trump appointees, and the Californian CARB, a powerful agency that has displayed an almost slavish devotion to EVs.

The same can be said of European governments, particularly the German one. Both industry and society are in for a massive social experiment, as car owners will see their mobility impacted by low-range electric cars, charging issues and a far higher cost of getting from A-to-B. But will people even bite and plunge voluntarily into the world of EVs?

In fact, I suspect that the most ambitious plans may eventually be shelved. France is, in fact, experiencing social unrest as a result of the anti-diesel policies by President Macron.