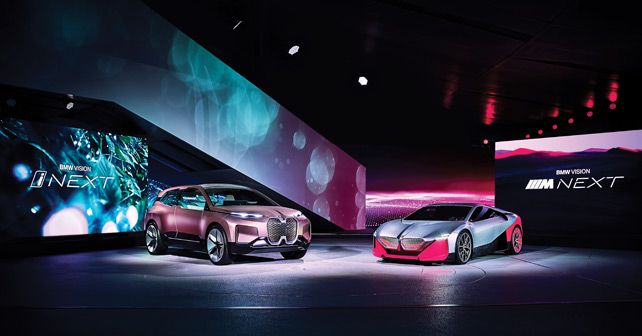 Jens recently attended a BMW event intended to showcase the future direction of the automaker. But he’s left wondering, what next?

BMW has a special place in the heart of many car enthusiasts. The 3 Series is the epitome of a sports sedan – the eternal benchmark. I have a personal connection with the brand. My father’s first car was a 2002, and, for a few years, I owned an E36 M3 that I wish I would never have sold.

But, in the past decade, BMW has asked its strongest supporters to swallow a lot. First, the naturally aspirated straight-six engines were replaced by turbocharged models. Second, many of these turbos were downsized four-bangers. Then the brand began purging manual transmissions from the line-up. And it was topped off by jumping head over heels into electrification.

The rhetoric reached a preliminary climax at the launch of the BMW i3 in 2013: ‘What the mobile phone did for communication, electric mobility will do for individual mobility,’ said then-CEO Norbert Reithofer. And Peter Schwarzenbauer, board member for Mini, Rolls-Royce and after-sales, claimed: ‘Never before has the BMW Group been so proud to present a car to the world.’ Customers saw it differently.

Eventually, Reithofer resigned and was replaced by Harald Krüger. But, instead of taking a break, he immediately took over at the helm of the company’s supervisory board. And he never let up the pressure on Krüger to continue on his path towards electrification.

In late June, Krüger conducted an event called BMW Next, designed to provide a look into the brand’s future. A week later, he left office.

Krüger had been off to a bad start. At the Frankfurt motor show in September 2015, he fainted. BMW served up lame explanations that made him appear overworked. Pressure came from the top in the form of Reithofer – and from below, delivered by his ambitious R&D chief Klaus Fröhlich. I’m not sure he ever had a chance.

As for the BMW Next event, it delivered ambiguous messages at best. The three highly questionable trends – electrification, autonomous driving, and car-sharing – were hyped up, while the assembled international press heard virtually nothing about the internal combustion engines, which are still loved by BMW’s customers and continue to be in high demand across the globe.

One of the main attractions was the 600 horsepower BMW Vision M Next concept, a possible, but distant, replacement for the i8 and a nod towards the history of the M1 and the 1972 Turbo concept. But it seems awfully generic, with few original lines and an exterior that falls short of many of the super sports cars that are already on the market today.

Then there was ‘Lucy’ – a fully electric 5 Series with three e-motors that can reach 100km/h in around 3 seconds and a top speed of 250km/h. This, I gather, could be a Tesla fighter, and the powertrain will be shared with the upcoming BMW iNext crossover SUV and the i4 – a derivative of the upcoming 4-series. In those production cars, it’ll be downgraded to produce less power.

Yet BMW promises, in 2023, not in 2025 as originally communicated, they will bring 25 ‘electrified’ models to market, more than half of them battery-electric. The company will become ‘autonomous,’ too – and we got a glimpse of this with rides in a 7 Series prototypes brimming with sensors and monitors.

Fröhlich spoke the truth. Yet he was passed over by personnel chief Oliver Zipse when it came to replacing Krüger. Perhaps his words were too much for supervisory board chief Norbert Reithofer? Reithofer remains close to the Quandt family that owns almost half of BMW. I wonder if the brilliant Fröhlich will eventually move to another company.

Meanwhile, I was able to take a spin behind the wheel of the upcoming front-wheel drive 2 Series Gran Coupe, BMW’s answer to the Mercedes-Benz CLA. It was quick, precise and well-designed. The Bavarians can still deliver fun to drive. But their new cars are closer than ever to offerings by their competition. I would sacrifice a bit of perfection in favour of individual character. Like on my father’s BMW 2002, which gave me some of my first (and best) automotive experiences.