Jens asks if plug-in hybrids are truly a solution 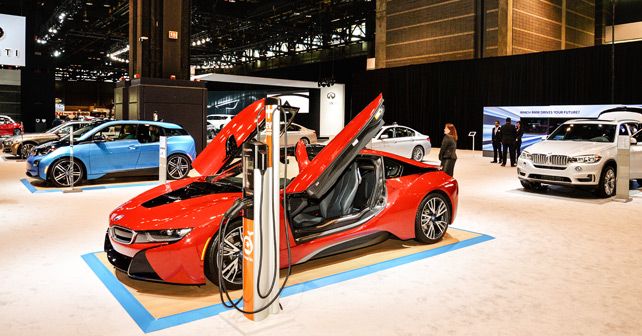 ‘The best of both worlds,’ that’s what plug-in hybrids are supposed to be. In the city, you can travel on electric power alone, but you get the range of a conventionally powered car when needed – doing away with the range anxiety rightfully associated with electrics. And even when driving mostly on petrol, the E-motor will provide boost when needed – thus, enabling the use of downsized engines.

Faced with mostly political pressure to follow a path towards full electrification, carmakers are hoping the plug-in hybrid will gain market share. The technology is assisted by a huge tail wind. The certification of these cars, in Europe at least, leads to extremely favourable official fuel consumption figures – often approaching 50km/l. They not only approach, but also surpass even the most economical of compact and subcompact cars. Their battery, after all, can store enough energy to travel anywhere between 20 to 55 kilometres. And unlike a regular hybrid, they can be plugged into an electrical outlet or charging station. Hence the term, plug-in hybrid. In fact, if you use your plug-in to travel only short distances, your fuel consumption may actually remain near zero. But is this what anyone buys an expensive premium car for?

Over the past few months, I’ve spent some time behind the wheel of a Mercedes-Benz GLC 350e in the American Northwest. But, alas, despite the impressive 320-horspower figure, the GLC didn’t just feel soulless and uninvolved, the engagement of gears was at times clumsy, the brakes were spongy, the handling lost its edge and the trunk space was severely diminished. Fitted with a plug-in hybrid system and a 2.0-litre petrol-powered turbo-four, the GLC lost its sparkle and competitive edge. And the shocker came at the fuel pump – 10km/l is all I managed, even though I mostly travelled at very moderate speeds on the heavily patrolled highways and freeways of Oregon and Washington.

I ran these findings by my contacts, and one owner of a GLC 350e confirmed my fuel consumption figures. He said that the charging infrastructure is inadequate, and he noted that the purported range is severely exaggerated. Ultimately, he feels “mocked” by Daimler.

I also got behind the wheel of BMW’s stylish i8 – a plug-in hybrid that BMW calls an “electric,” so it can serve as a halo car. Almost five years after its launch, it remains an attention-getter – spectacularly styled, and fitted with must-have gadgets like scissor doors and optional laser lights. What’s less impressive is the 3-cylinder gasoline engine and E-powertrain. The battery has grown in size and therefore can boost longer than before, but the performance resembles a quick coupe, not the supercar its styling and price tag suggest. At the end of the day, it’s a lifestyle car.

For a more modest plug-in hybrid, I tested the Kia Niro, with its 141 horsepower (combined) gasoline engine and electric motor. In the European official cycle, it gets a whopping 76.9km/l. In reality, I achieved between 12.5 and 17km/l. And even in fully electric mode, the gasoline engine sometimes turns on unprompted. The Niro, a pseudo-SUV without any off-road capabilities and with a diminutive trunk, does nothing better than far cheaper, conventionally powered cars.

And, finally, I sat down with a friend who bought a very costly Mini Countryman with a plug-in hybrid engine – in the sincere hope of helping the environment. He struggles to come even close to the advertised range. He creeps to work in the morning, keeping the heater at a minimum in the cold German winter. What kind of mileage does he get when the battery is empty? His unhappy admission – 11km/l.

If he had asked me before, I would have told him that, with modern, Euro-6 petrol and diesel cars, local emissions are a non-issue – and that, in a well-to-wheel observation, pollution from energy produced by burning fossil fuels can surpass the emissions by conventionally powered cars. Moreover, in a complete cradle-to-grave observation, plug-in-hybrids – like any EV – are further challenged by the grave environmental impact of extracting raw materials, assembling the batteries, and recycling them at the end of the vehicle’s lifecycle. Plug-in hybrids may be ideal for a niche – but tell me if you find one.