Jens provides an industry lowdown while mulling over electrics, muscle cars and crossovers 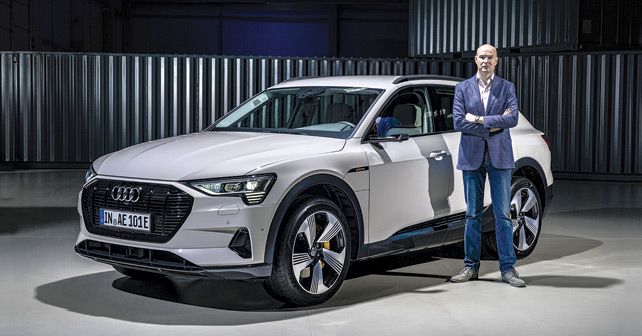 Jens provides an industry lowdown while mulling over electrics, muscle cars and crossovers.

They are here: Audi and Mercedes-Benz have launched their Tesla fighters. Mercedes-Benz came first with the EQC, launched in Stockholm, Audi followed up with the e-tron, unveiled at an event in San Francisco in the presence of 1,600 journalists, executives and influencers.

Both models are similar in their approach. The Mercedes-Benz EQC is based on the Mercedes-Benz GLC, while the Audi e-tron is built atop Audi’s MLB Evo modular-longitudinal platform – and thus a close relative of the Audi Q5. Stylistically, however, the e-tron is somewhat more differentiated from Audi’s regular line-up than the EQC from the GLC. And that has worked to Mercedes’ disadvantage in the post-launch reporting.

The Mercedes-Benz EQC, in its current iteration, is also slower, at 180km/h. The Audi will reach an even 200km/h. Both fall short of Tesla’s models, and we suspect that both Audi and Mercedes-Benz are planning to launch higher-powered versions of their electrics. Both are executed with high-quality materials and brimming with cutting-edge infotainment and assistance systems.

Needless to say, the majority of criticism came from the cult-like Tesla community. The brand’s proponents are trying to make the point that Tesla’s cars are so far ahead of the curve that they are uncatchable by established carmakers. I’ve said in the past that I have my doubts about this notion, and while I am not even convinced that electrics are the solution to our transportation problems at all, I think that Germany’s efforts are somewhat more convincing than Tesla’s – although there is a certain fascination to these American-built electric muscle cars.

A real muscle car
Of course, when it comes to muscle cars, nothing comes close to a powerful V8, and I just had the pleasure of testing the four-door Mercedes-AMG GT on the famous COTA track near Austin, Texas. The four-door GT is an extremely clever answer to the Audi A7 Sportback and BMW’s Gran Coupe series of cars. Under the skin, it an E-Class (or CLS). But the radical styling and the market positioning right next to the two-door AMG GT allows Daimler to charge significantly more for the car than the competition. BMW’s move to turn the 6-series Gran Coupe into the 8-series Gran Coupe won’t be a match for this AMG.
Beyond its stunning looks, it is an awesome performer, both on the road and the track. The chassis is ultra-capable, and, in the V8-powered GT 63 models, there is abundant power throughout the rev range.

Even more sophisticated than the GT 63 models are the GT 43 and GT 53 versions, with their 3.0-litre in-line six and an electric booster. But they aren’t true muscle cars. And if you wonder why the four-door GT isn’t actually based on the two-door GT, AMG chief Tobias Moers tells me that such a concept would be so compromised that it wasn’t seriously considered. It would have been the German equivalent of an Aston Martin Rapide.

Crossovers everywhere
On another note, crossovers are everywhere, and I looked at three of them closely: The Audi Q3 launched in the Dolomite mountains, Cadillac had us drive the XT4 in Seattle, and PSA organised a static unveiling of the DS3 Crossback in Paris. These three models are so different that I’m not worried about modern cars losing appeal and personality.

The Cadillac is a fresh offering, and with its distinct, slightly aggressive style and its 240-horsepower turbo-four and nine-speed gearbox, it’s fast enough and offers some segment-leading features such as a full head-up display. The DS3 is very different in style, with incredibly stylish colour and trim features. And it comes not only with diesel and gasoline engines, but also with a fully electric powertrain. PSA anticipates a take rate between 10 and 20% for the full electric.

Audi’s Q3 is predictably wonderful to drive. Its powertrain and chassis offer crisp responses, and the infotainment system is at least a half generation ahead of the competition.

Whether the German brands can keep this lead in an era of electrification is one of the great questions facing the industry today.