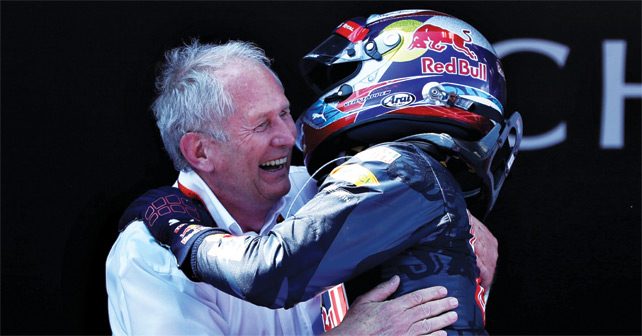 Joe wonders if fairy tales really do come true, but also contemplates on what happens to you in F1 if you’re just twenty-three carat gold!

We all like fairy tales, even if we don’t like to admit it. They take us back to the innocent days of childhood when there were good guys and bad guys (you could tell from the colour of the hat) and where everything seemed to be possible. If you wanted to be an astronaut, no-one said you couldn’t be. I remember playing imaginary rugby matches by myself, scoring fabulous tries at Twickenham and Cardiff Arms Park and winning imaginary medals with great feats of military genius and bravado. But life is not like that, is it? Well, not until Max Verstappen walks into a Formula 1 – so young that he’s not even allowed to drive road cars. That was 15 months ago, and now Max is a winner. To be fair, I never really doubted this would happen, but I didn’t think it would happen quite this quickly. I have to add that I am entirely biased in this respect because I’ve known Max since he a kid. I wrote about his father, who was much more talented than his F1 results suggest. He was a victim of F1 politics and cynicism, and I know that Jos was careful to avoid Max being a victim of the mistakes that he made. 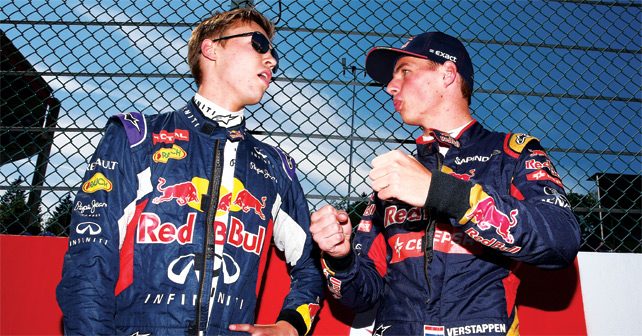 Anyway, there wasn’t a dry eye in the house on Sunday in Barcelona as 18-year-old Max drove with unearthly coolness to win the Grand Prix – with veteran Kimi Raikkonen unable to do anything about him, despite the fact that one was in a Ferrari and the other in a supposedly underpowered Red Bull. It was an inspiration for the dreamers out there and a chance for Formula 1 to make a big impression on a whole new generation of fans. Max, I believe, can be the poster boy of his generation, if F1 opens its arms (and its mind) a little more. The event was a great advert for the sport, which has been doing a pretty poor job of self-promotion in recent years. And with Monaco coming up, there’s the chance that we can pump some positivity back into it. Monaco may not produce the best races, but it remains the best advert there is for the sport. There is a new generation arriving now, and I think we’ll soon see other youngsters getting to the front as well. I’m thinking specifically of Stoffel Vandoorne, who has had a remarkable career. Of Pascal Wehrlein, who looks very good, and of Kevin Magnussen, but I should also perhaps add Daniil Kvyat – who I think is an exceptional driver. What happened to him was not really fair but it featured the same kind of cynicism that did such damage to Jos Verstappen’s career. F1 is all about being in the right place at the right time, as much as it is about pure talent. Max would never have won in Spain had the two Mercedes drivers not taken one another out. That’s racing, and you take the wins that come your way. I am rather proud of Max in a sort of avuncular way because we go back so far, and because I can claim to be the first person to ever write that Max was going to be in F1. It was back in 2009 when I was mulling over the sport during the offseason, and I concluded that the Dutch had hit on a brilliant way to find a great racing driver. “Forget the hours of training,” I wrote,  “the answer is to breed them. We have seen many sons of famous fathers, but Jos is ahead of the game in his thinking as he managed to find a competitive lady racer with whom to share his DNA and the result – Max Verstappen – should one day be a top notch racer as a result”. Max’s mother, Sophie Kumpen, was the daughter of the Belgian national rallycross champion Paul Kumpen and came from a racing family. In fact, over the Spanish GP weekend her brother (Max’s uncle), Anthony, won the NASCAR Whelen Euro Series race at Venray in the Netherlands. Sophie was a great kart racer, one of the best ever, and in 1995 won the Margutti Trophy at Parma – beating the likes of future F1 drivers Jarno Trulli and Giorgio Pantano. Max was born two years later. So there you have it. Countries that want fast racing drivers need to find the fastest and get them to have children together! I guess I should predict great things for any offspring from the recent marriage between Indycar driver Graham Rahal and drag racer Courtney Force, as she is another woman from a racing clan – her father, John, being a 16-time NHRA champion and her sister, Ashley, being another hugely successful dragster driver.

I’ve spent much of my career trying to work out what makes a great racing driver. There is natural ability, the right development path, the hunger, and so on. Much of this can be taught if you start early enough. You can improve hand-to-eye coordination if you start early enough, fine-tuning a motor skill as it’s developing. You can improve someone’s balance by having them ride unicycles when they are very young (Hamilton, Rosberg and Mika Hakkinen were all unicycle riders). There is the question of courage as well, but researchers say that this is actually chemical because different parts of the brain relate to bravery and fear, and it’s the interaction between these two that makes one a hero or a coward. For those who want to know more, you should be reading about the subgenual anterior cingulate cortex and the amygdala. If you think about it, if mankind can breed better racehorses or dogs, there is no reason we cannot breed better humans as well!

The thing that no one seems to have spotted yet is that the FIA, in its infinite wisdom, not long ago decided to ban anyone younger than Max from F1 in the future because they did not believe that anyone under 18 would be capable of being an F1 driver. That looks like a very poor decision now that Max has shown that age is not the issue. Perhaps it would be a better idea for the federation to have upper age limits on drivers and perhaps even on membership of the World Motor Sport Council.

We should perhaps also remember that for every winner there is also a loser. I went to find Jos after the race and bumped into Kvyat. He had finished 10th in his Toro Rosso, a very decent effort. Two races ago he was on the podium in China and here he was walking alone in the paddock no-one paying him any attention. I knew from the look on his face that it was not the time to talk. No doubt he was wondering what might have happened if he had been in the car. Would he have won? The truth is that Kvyat was not dumped because he’s not a great racing driver, but rather because the Red Bull people thank that Max is better. They’re probably right, but that does not make Daniil a bad driver. He is quite capable of winning races in the right car. It’s tough when you do nothing wrong and suffer for it. It is a trend that we’ve seen amongst young Red Bull Junior drivers over the years, with a string of really talented individuals being dropped because they were only 23-carat gold.