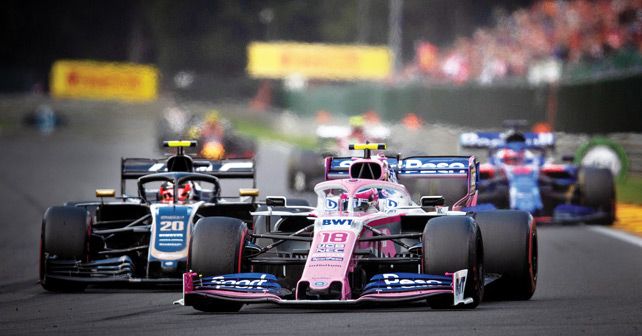 Does Formula 1 need new blood? Sure. But does F1 need new teams? Not necessarily...

New teams in the modern day need a willing billionaire behind them, and the number of willing billionaires in this world is quite limited. We’ve had a lot of very flaky wealthy types, who come along, burn huge sums of money and then refuse to let go of their toys until it’s too late and the teams then die. The one exception to this rule in recent years was Force India, which was miraculously transformed into Racing Point overnight, although some believe that this immaculate conception broke all the terms of the Concorde Agreements (which is, of course, a secret document) and that there’s an arbitration dispute going on between the parties involved. One of these is reckoned to be Haas, which played by the rules and feels hard done by, the others are Racing Point and the Formula One Group. In the end, it might be wise for them all to find a suitable settlement to get the problem to go away.

Haas is the only new team to have entered the sport in recent years, and team owner Gene Haas had a good commercial reason to be involved in the sport, as he seeks to increase global sales of his machine tool business. But even he is now beginning to look for money to help share the burden of an F1 budget.

Other teams, such as Virgin Racing, Hispania Racing Team and Lotus Racing, which all entered F1 in 2010, struggled to survive and dropped out one-by-one, after going through different incarnations. Virgin became Marussia and then Manor, while Lotus turned into Caterham, and Hispania became HRT.

HRT disappeared in 2012, Caterham in 2014 and Manor in 2016. What did these small teams add to the sport? They raced one another at the back of the field and, one could argue, gave some youngsters their start in F1 – notably Daniel Ricciardo and Esteban Ocon, but beyond that, they offered little real value for the sport.

The problem was always the same – the prize money was split between the top 10 teams, and the others had to try to survive without it. It was unfair in some respects, but it did mean that F1 did not have any ‘passenger’ teams, who were there just to pick up the money. Everyone had to work hard to keep their money. The problem with expanding to allow new teams is that it’s pointless to have them on such an uneven playing field. But to give them a fair share means that the prize money must be split between more people. Fairness was going to cost the existing teams money – and that was, well, not fair.

The conclusion that was reached was that the only way that expanding the grid makes any sense is for there to be a very high entry fee so that the new teams get their fair share – but only if the existing teams don’t lose out. In effect, this means that a new team can buy money…. but money doesn’t come cheaply. They will get an immediate share of the prize fund if they’re willing to invest to get it. The number that is being discussed for 2021 is an entry fee of $200 million, which would balance the books for the existing teams – who would split the money between them.

The prize funds are currently based on two factors – attendance and performance. The first ‘column’ is divided equally between the competitors, and currently amounts to around $35 million a year, the second ‘column’ ranges between $60 million and $13 million depending on the team’s performance. Having 12 teams would mean that the first payment would drop to $27 million. However, the new commercial agreement should get rid of bonus payments that currently exist and put that money back in the pot – and so, with 12 teams, that could mean as much as $41 million, while success payments would top out at $95 million, with a spread dropping to somewhere in the region of $20 million. This would mean that middle-ranking teams could come close to earning an operating budget from prize money alone.

10 Healthy Teams > 12 Struggling Teams
Several groups seem to have seen this opportunity and have been talking about setting up teams in 2021. There are at least three projects. The view of the Formula One Group is that it’s better to have 10 healthy teams than 12 with some of them struggling to survive. It’s this which seems to have led to the recent announcement from the Formula One Group that ‘while Formula 1 appreciates their interest, we can confirm that there are no serious discussions with any persons or companies about the admission of a new team.’

The response was probably one that was deemed necessary because of the fact that the Formula 1 company is now listed on the NASDAQ Stock Exchange and has to follow the Securities and Exchange Commission’s rules and regulations, which aim to stop all kinds of market manipulation. Companies cannot stop rumours about their activities, but they can make sure that investors know what is fact and fiction.

It’ll be interesting to see how many of these projects are left once the new entry system is formalised. The reality is that none of them will get through. Why? Because, in the end, it’s cheaper to buy an existing team than to start a new one. And new blood in Formula 1? Well, you need people to run teams, and, as we’ve seen with Christian Horner, Eric Boullier and Fred Vasseur, a good manager can get to Formula 1, but needs to leave his or her original team behind…

Also, read - Formula 1 is greener than you think