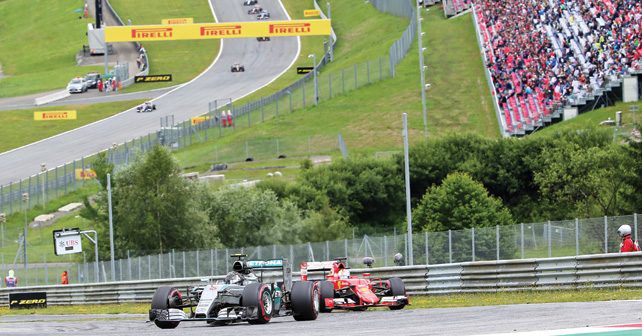 It’s a truth, universally acknowledged, that Formula 1 fans will always find something to complain about. The cars are too fast, too slow, too noisy, not noisy enough, etc. The drivers are in the media too much, or there’s not enough access, the numbers are not big enough, there are too many races, too few races, and so on.

The only thing they agree about is that the television coverage should be free. But in the modern age, it’s difficult to see how it can be free – given the financial models available. It can, however, certainly be cheaper, more flexible and a whole lot better.

The sport always has things that can be done better, and the new Formula One CEO Chase Carey says as much. He wants to improve the whole circus – make the show bigger and better – and, of course, make more money in the process. Making things less confusing for the fans is, of course, a primary focus. If something takes more than a minute to explain, it’s too complicated. The technical rules will probably be changed a little once we see how the new cars operate in 2017 – tweaks and subtle changes are a whole lot better than dramatic changes, which are both expensive and tend to favour the teams with the most resources. Changing the rules makes the racing worse, not better, while leaving the same rules in place always results in the competitors getting closer to one another. We should not be surprised to see Mercedes emerge with an even bigger advantage this year because of this. We don’t know for certain, of course, but that would be in line with previous regulation changes. One hopes that Red Bull will be close, and, despite worrying noises from Italy, Ferrari really ought to be better off than last year.

But if one is trying to help the fans, there are easier ways to do this. Driver identification is something that should be easy. F1 helmet designs of today are now so fiddly that most look pretty similar from a distance, with one or two exceptions. Solid colours used to be the norm, and they stood out on TV – unless a team had two drivers with the same coloured helmets. The complex artwork of today may be considered cool by the men who wear the helmets, but none of this can be seen from afar. It didn’t help matters when drivers were changing their helmets every weekend. Today the FIA only allows minor changes, which is a good thing.

Similarly, instant recognition of cars is something that has great value. We all know that a Ferrari is red and that a Red Bull is a Red Bull, but the similarity of the Red Bulls and the Toro Rossos has never made much sense to me. Similarly, the livery designers in F1 have tended to go for fiddly livery designs, rather than going for overall impact. The trend has been towards silvers, greys, blacks with a few colour flashes, rather than instantly recognizable cars in primary colours. In the old days, the fans knew much more where they stood – Williams was white, Lotus black, Renault yellow, Ligier blue and Ferrari red. It was pretty easy. McLaren was a rolling cigarette packet with the Marlboro red and white chevrons. There were other passing phases, the green Jordan of 1991, the yellow B&H Jordans of later years, the British Racing Green Jaguars, the purple Simteks, and so on. These cars stood out. Fans knew instantly what they were.

Thus, it’s great news that McLaren seems to have decided to go back to papaya orange – a colour used by the team in the 1960s before sponsors arrived and demanded their own liveries. This made sense financially at the time, but it meant that McLaren’s brand was Marlboro. When the tobacco brand departed to Ferrari, McLaren was left without a brand image of its own and basically had to start again. They chose a silvery image, to keep Mercedes happy, but since that relationship has ended McLaren has gravitated towards a black livery – simply to avoid being confused with Mercedes. McLaren no longer has an instantly-recognisable livery. Going orange will give it a new identity.

There are now suggestions coming out of Italy that Scuderia Toro Rosso is going to switch from its dark blue to a new lighter blue colour, which will help to sell Red Bull’s sugar-free product – as opposed to its usual drink. This has existed since 2003 and has all the same ingredients of Red Bull except sugar, which is replaced by sweeteners. The decision, if confirmed, fits in with the drink industry’s desire to build up non-sugar drinks – on the basis that there are now campaigns that are attacking the sugar content in drinks as being medically unhealthy. 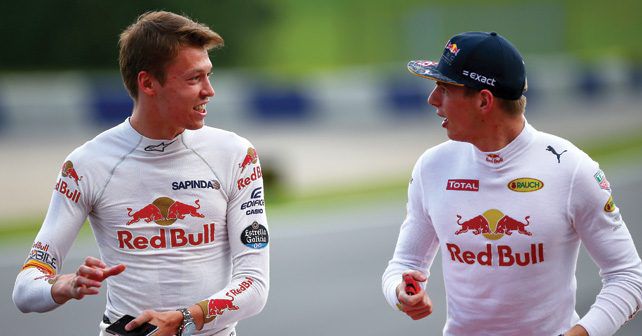 The Manor team’s livery last year was a breath of fresh air, but Manor is gone and, at the time of writing, there seems to be no way that the team can be saved. People use this as evidence that the money distribution is wrong, which is true up to a point, but one must also remember that when team owner Stephen Fitzpatrick addressed the workforce when closing the team down – he confirmed that no new investor had been found and that he was not in a position to put in the $40 million needed to complete the team’s 2017 budget.

Given that admission, it was clear that the result in Brazil last year was not really the problem. The team was still in a position to collect $27.5 million in Column 2 prize money, as it was still eligible – having finished 10th in the Constructors’ Championship in 2015 – but the danger was that if the team was not in the top 10 in 2017, it would have been out of the top 10 teams for two of the last three years and so unable to claim that Column 1 cash, which is decided over a three-year cycle, rather than just one season.

The fact that Sauber knocked Manor back to 11th in the Constructors’ Championship in Brazil was worth about $11 million to the team, which means that Manor must still have had a hole in its budget of $29 million before the additional loss was made.

The only conclusion one can draw from this is that the team was a long way from being in a position to go ahead with 2017, even before Brazil.