F1 is stretching its personnel thin with too many races 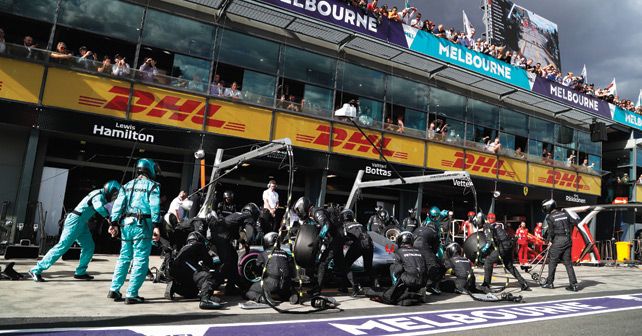 Joe worries that fans and teams would be stretched too thin if the F1 calendar expands to 23 races.

Even for those who are committed to Formula 1 beyond all reasonable norms, the recent triple-header of Grands Prix in France, Austria and Britain was too much. It made sense if you were the promoter, because having a race on the same day as the World Cup Final would have been disastrous.

We saw the power of football on the Saturday at Silverstone, when the Q3 qualifying session ended, just as the World Cup quarter final match between England and Sweden began. Lewis Hamilton had scored a sensational pole position, but the people in the paddock were watching the football on a big screen. Lewis himself would probably have preferred to have been watching the soccer, rather than answering media questions from people who also wanted to be watching the game. It made no sense, but it was the only real choice given the timing of events from Russia.

Thankfully, that problem will not reoccur for another 12 years at least because the next World Cup in Qatar will be held between November 21 and December 18 2022 and the 2026 World Cup will be held in the US, Canada and Mexico, which will mean that European audiences will be watching the games in the evenings – hours after any F1 races will be over.

Date clashes are not a new thing, and the British Grand Prix has often overlapped with the Wimbledon Championships, which is a big event in the UK but of less importance on the global scene. Wimbledon has also clashed with the World Cup, but usually at different times – but the power of soccer in Asia meant that the start of the final this year was pushed forward to 6pm Russian time. This meant that the Wimbledon Mens Final, which started at 2pm, inevitably ran into the World Cup Final coverage, the two events overlapping by 19 minutes. It’s not ideal to have big sporting events taking place at the same time, but it was good that there was no Grand Prix that day.

The Formula 1 Strategy Group decided recently that the number of races in the Formula 1 World Championship should be able to increase to 23 at some point in the years ahead. The question is: is this a good idea? Or is F1 stretching the product unwisely, simply to generate more revenues? Some argue that a Grand Prix should be a huge event and having too many of them dilutes the power of each event. The races become commonplace and fewer people watch each one, but if a large number of people still watch and there are more races then the numbers will look better. NASCAR has a 36-race season, without including a number of exhibition races that are run. Money is being made, but the audience is withering in a fairly dramatic fashion. The problem with the argument is that one can only find out by doing it and seeing what happens. They is no way that one can gauge what would happen because people might not behave as they say they will. However, we must remember that competition for leisure time is becoming more and more intense, and asking people to commit to two hours 23 times a year may be asking too much – particularly if the show cannot always provide compelling viewing. There is a danger that each Grand Prix will be less special.

The other element to bear in mind is that the human damage that comes from a more intensive calendar will lead teams to a place where they have no choice but to increase the number of staff – and thus push up the budgets. Doing an entire F1 season might sound fabulous for the fans, and they might say that F1 people shouldn’t whinge about their lifestyles, but unless you’ve done an F1 season it’s hard to understand just how tough it is (and how expensive). Normal folk like to have a work-life balance that gives them time with their nearest and dearest. F1 people do not get that, and so the turnover in F1 these days is much higher than it used to be. Finding the number of people who are committed to doing F1 at this intensity for years on end is very difficult. These days a lot of people last a year or two, and then go back to “the real world,” in which they get to spend evenings and weekends with their families. Back in the days when there were 16 races this was not too bad a problem, but with 20 races it became much tougher to have any life outside F1.

Expanding to 23 races might be possible keeping the days away at the same sort of level if the calendar was better organized, but the Formula One group is stuck with the agreements made in the Bernie Ecclestone era. It’s believed that 75 percent of the current contracts have date clauses, meaning that they cannot be moved from certain dates, without contracts being renegotiated.

Liberty’s idea of regionalizing the calendar, in order to create a number of races in the same time zones at the same times of year, helping to generate more interest in these specific markets, is a smart idea, but it’s not perfect. They want to see the Asia-Pacific races in the spring, the European races in the summer and the races in the Americas in the autumn. This makes sense, apart from the fact that this would destroy one of the most popular events on the calendar, the Canadian Grand Prix – which would be totally different if the date was changed. At the moment, the race benefits from being the start of the summer in Quebec and the ensuing party over the F1 weekend is far bigger than the race itself, with more people coming to the city to party than come for the Grand Prix (which is always sold out). Adding another race in the Americas in June would be a way to help solve that problem, but that works against the regionalisation of the calendar. With other races it’s less complicated, as there’s no reason why the Japanese GP, for example, should not switch from October to April, as there is a regular big event at Suzuka in April which could be switched with the Grand Prix. There may be problems with Singapore, which wants to be in the autumn, but there are other projects in Asia that could replace the race if no agreement can be found.