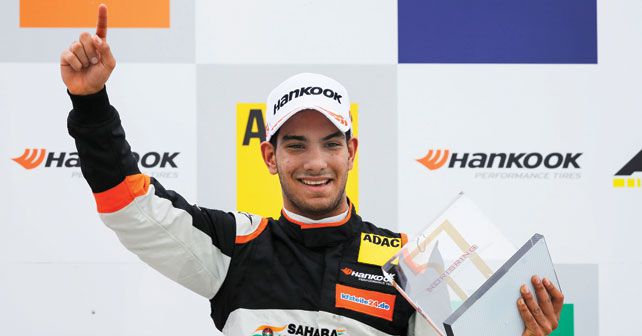 Making it to the top of the racing totem pole is the dream of every young racer. Joe points out exactly what a racing driver needs to make it all the way to Formula 1.

Getting to Formula 1 is a dream that millions of youngsters have. Of course, it’s wildly ambitious – and in almost all cases it will end in failure. But a dream is a dream, and those who don’t try often regret the fact that they didn’t even give it a shot.

These days, if you don’t start karting before you’re in your teens, it’s probably too late. When drivers are turning up in F1 at 18, it’s hard for a 26-year-old to break in. The other thing is that karts are vital for teaching youngsters how to race, where to be on the racetrack and how to overtake. These are as much to do with skill and experience as natural talent. The other problem, of course, is that one needs a ton of money to climb the racing ladder – to the tune of millions! Or you need exceptional talent, and a lot of luck. But it does happen. Fairy tales do sometimes come true. People win lotteries.

The most recent example is Esteban Ocon, who told me that a couple of years ago he was facing disaster and even filled out a form to go to work at a McDonalds in France – because, other than racing, he had no other qualifications. If he hadn’t been spotted by a Mercedes talent scout, he’d probably be flipping burgers today.

The key to getting to the top is to have a very rich father (following the Lance Stroll model) or to have your racing career paid for by a big sponsor or a racing team. These days, teams have a lot of young driver programmes because they don’t want to have to pay huge sums of money to get their hands on a star. Instead of buying them, they make them – or at least nurture them. Red Bull has done this to great effect, although their scheme has killed more careers than it’s made, while Mercedes, Renault and Ferrari are all busy scouring the world looking for the best of the best. Indians are quite lucky, for the moment at least, because Vijay Mallya has been looking for good youngsters and has been funding some of them.

Arjun Maini comes from a racing family, and started karting at the age of five. He’s won a GP3 race this year, but is that enough to get him into F1? I doubt it. He was signed by Haas as a development driver because he was well-connected and the parties involved could do business together. That’s how it works.

Jehan Daruvala was one of the winners of Vijay Mallya’s ‘One in a Billion hunt’ back in 2011, and today he races in the Formula 3 Championship. Daruvala started karting in 2011, at the age of thirteen. He had the money to join Carlin this year, and he won a race at the Norsring but he’ll end up sixth in the championship this year – a decent result for a rookie, apart from the fact that his teammate and fellow rookie Lando Norris is dominating the championship. This shows what the team can do – or to put it another way, it shows what Daruvala is not doing. And, at the end of the day, it’s about results. No one in F1 wants to hear explanations and excuses about why something didn’t happen. The best way to avoid that is to be a winner.

I do not seek to discourage or to criticize because I know how hard young drivers work, but one needs to be realistic as well. If one doesn’t have the ultimate pace to be in Formula 1, then very successful (and lucrative) careers can be made in other forms of racing. Some of the Formula E drivers, for example, are being paid as much as $1.5 million – and a good ride in sports cars is something that will give any driver a very comfortable lifestyle.

Daruvala is pretty much invisible in F1 to all but the talent scouts, and they will not be fighting over him unless they can see some value in his Indian nationality. There’s plenty of money in India, but there aren’t enough people willing to spend it on racing. That is not really surprising, because you have to be extremely rich and pretty generous to pay the kind of sponsorships needed in international racing. 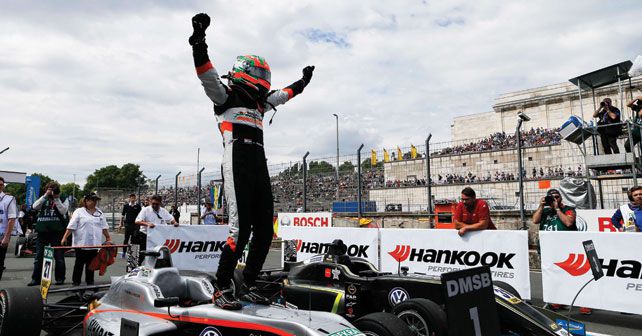 Nonetheless, good is good, and with a population like that of India the country should statistically produce a number of youngsters with the right kind of hand-to-eye coordination and balance. The thing that’s required is for these people to be found and properly nurtured so that they develop their natural abilities. They need a good attitude as well, because racing is all about motivation and discipline. So many of the rich kids who could make it to the top don’t because they’re lazy or expect things to happen for them because they’re lucky.

Honesty helps too, because teams don’t like drivers who always find excuses and things to blame.

Dreams rarely come true if the person dreaming thinks it’ll all fall into his or her lap. They have to work hard, seek to develop, learn languages, train hard, and so on – and even if they do all these things right they must still accept that if they’re not lucky it probably won’t happen for them.

Formula 1 would love to have more diverse drivers, but getting them isn’t exactly easy.