Pondering the thought of an F1 Hall of Fame 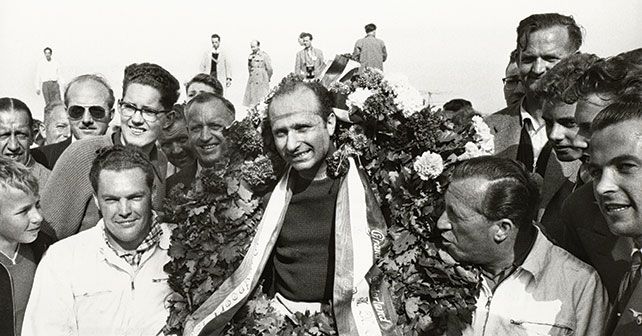 I was delighted to see that the FIA has finally got around to do something about the history of the sport. In racing, most people only look ahead – they don’t typically look back. And that’s not necessarily a good thing because, as any historian will tell you, learning from the lessons of the past is useful in avoiding the mistakes of your predecessors. Ferrari might like to take a wander back to the 1980s to see what happened when it was last rattling its sabre and threatening to quit F1. The other thing that history does is to inspire youngsters and make them dream of achieving what their heroes did. Drivers who arrive in F1 thinking that history began on the day they first sat in a racing car neither appreciate what they are achieving (if anything) nor what it means.

The FIA recently inaugurated its Hall of Fame, and one hopes that this will be followed by other initiatives such as publicly available archives and research facilities – even if it’s only an online database. It would be great to have an actual Hall of Fame, a building where people can go to appreciate the sport, see the cars and so on. But that’s not an easy undertaking, despite the fact that there are tons of old F1 cars lying about which people would be happy to loan to an official ‘museum.’ Who knows, perhaps, we’ll have to wait to see if the Formula One group does something. Halls of Fame are pretty American things, but if you look back in history (imagine!), you will find that the first Hall of Fame – in the modern sense – was actually in Germany, and it still exists today. A vast neo-classical temple, resembling the Parthenon in Athens, on a hill overlooking the Danube river, to the east of Regensburg. It’s called Walhalla and was started around 180 years ago to inspire people and add momentum to the growing movements towards German unification. It’s filled with statues and plaques honouring distinguished people with Germanic roots – be they sovereigns, politicians, scientists, writers, composers and artists.

The idea was popularised in the United States, where today there are all manner of Halls of Fame – some actual buildings, others being simply lists of great achievers in specific fields. There’s even an International Motorsports Hall of Fame in Talladega, Alabama, but like most things American, it doesn’t look very far beyond the coastlines of the east and west of the United States and is made up largely of ‘good old boys’ who served the NASCAR community well in their careers.
The inauguration of the FIA Hall of Fame saw the induction of the 33 Formula 1 World Champions. It’s an obvious place to start but there is a lot of catching up to do. But one can only do so much at a time, and inducting two or three hundred people at one time is not a great idea. It can be built over the next 10 years and then get to a point at which there are just a handful of inductees each year. 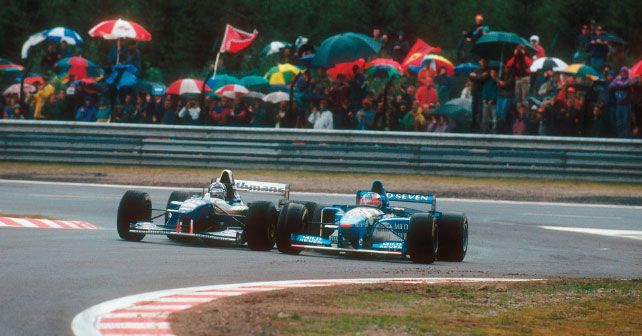 Of the 33 World Champions, who have shared 67 titles between them, only 20 are still alive and most of them are still pretty active. The earliest surviving World Champion is now Sir Jackie Stewart, who won his first Championship in 1969 – 48 years ago. Sir Jackie is still to be found at many F1 races each year, acting as an ambassador for Rolex, despite the fact that he is now 78 years of age. He won three titles in 1969, 1971 and 1973. He was present in Paris for the launch of the Hall of Fame, but there was no sign of either Emerson Fittipaldi (1972 and 1974) nor Niki Lauda (1975, 1977 and 1984). Emerson spends most of his time in Miami, Florida, so it’s not easy to jump on a plane to Europe – which he must have done a few times in recent months anyway – for the launch preparations for the Fittipaldi EF7 supercar. The EF7 was launched at the Geneva motor show this year and is being built and manufactured with Pininfarina and Hans Werner Aufrecht’s HWA organisation. It is odd too because Fittipaldi was the first President of the FIA Drivers’ Commission, so he ought to be in with Jean Todt. Lauda is Lauda and has never bothered about trophies and awards, but still it wouldn’t hurt him to have gone along… Mario Andretti (the 1978 World Champion) is very proud of his achievements and flew in from the United States, but there was no sign of British-based Jody Scheckter (1979), Alan Jones (1980) or Nelson Piquet (1981, 1983 and 1987), although the previous day Nelson was in London, receiving a lifetime award from Autosport magazine and is believed to have gone on from there to Monaco to catch up with some of his children. There was no sign also of Keke Rosberg (1982), who lives in Europe. Alain Prost (1985, 1986, 1989 and 1993) was present as was Nigel Mansell (1992), while the modern generations were represented by Damon Hill (1996), Jacques Villeneuve (1997), Fernando Alonso (2005 and 2006), Sebastian Vettel (2010, 2011, 2012 and 2013) and Nico Rosberg (2016). It was odd that there was no sign of Mika Hakkinen (1998 and 1999), Kimi Raikkonen (2007), Lewis Hamilton (2008, 2014, 2015 and 2017) or Jenson Button (2009).

Hopefully, in the years to come this Hall of Fame event will be developed and will become a more significant gathering with more attendees. Very few people in the F1 world ever seem to consider giving something back to the sport that made them rich and famous, but it would be nice to see more of that.