What does the future hold for Fernando Alonso? 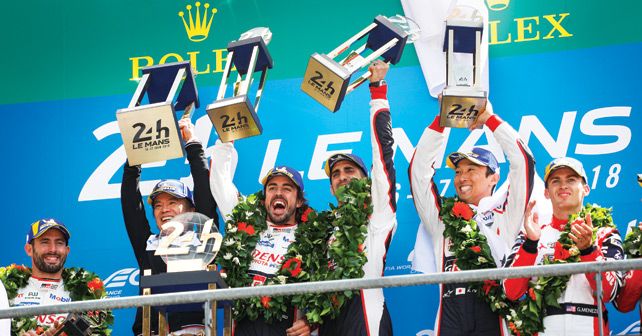 Joe wonders if Alonso will move to IndyCar full time to secure the Triple Crown of motorsport – now that he already has two F1 championships and a Le Mans title under his belt.

It was no great surprise to see Fernando Alonso’s Toyota win the Le Mans 24 Hours. The team had no serious opposition, apart from its sister car and this fell back and finished two laps behind. The third-placed car was 12 laps behind the winner – which equates to around 100 miles. Thus, the two Japanese drivers, Kazuki Nakajima and Kamui Kobayashi, were able to stage a formation finish and, finally, the Toyota Le Mans project delivered – to make the company only the second Japanese manufacturer to win the celebrated French race, following on from Mazda back in 1991.

The result inevitably led to questions about the future of Alonso in Formula 1, because with the victory under his belt he is now two-thirds of the way to the so-called Triple Crown of motor racing – which is victory in the Monaco GP, the Le Mans 24 Hours and the Indy 500. His primary goal now is to try to win the Indy 500 in 2019. If he manages to achieve this, he will be only the second man in the history of the sport to achieve this – following in the footsteps of Graham Hill, more than 40 years ago. This will secure him a place in the record books, as his tally of two World Championships, back in 2005 and 2006, is not really reflective of his talent. If he had chosen his teams and managed his career better, he ought to have won more titles. He didn’t, and so the Triple Crown is a sort of consolation prize.

At the grand old age of 37 (on July 29th), Alonso is unlikely to win any more Grands Prix. He has 32 victories, which puts him sixth in the all-time list of winners, ahead of the likes of Nigel Mansell (31), Jackie Stewart (27), Jim Clark (25) and Niki Lauda (25), but behind Michael Schumacher, Lewis Hamilton, Alain Prost, Sebastian Vettel and Ayrton Senna. That is still a huge achievement, but Alonso knows that it could have been better given the length of his career (he recently celebrated his 300th Grand Prix). McLaren would love to keep him, but paying his salary is not as easy as it used to be, which is something that was hinted at this year with the Kimoa sponsorship on the McLaren. Kimoa is a fashion brand that Alonso started a couple of years ago with a couple of friends. The implication is that Fernando got space on the car rather than money, as part of his current deal. Money is not really that important to Alonso – he has plenty of it – and leaving a bigger mark in the sport seems to be his primary goal today.

It’s very clear that Michael Andretti would love to have Alonso in his team, and that Fernando’s presence would be a big boost for IndyCar as a whole – just as it has been for the Le Mans 24 Hours, which otherwise would have garnered little attention.

Fernando ran with Andretti at Indy last year, and was in contention to win the race when his engine failed – leaving team-mate Takuma Sato to win the race. He enjoyed the experience, likes the US lifestyle and wants to get into racing cars where there is more cut-and-thrust racing than there is in F1 currently. The IndyCar series seems to provide most of these things, and while Andretti cannot pay him anything like the money that was available to him in F1, it is an attractive option for him. 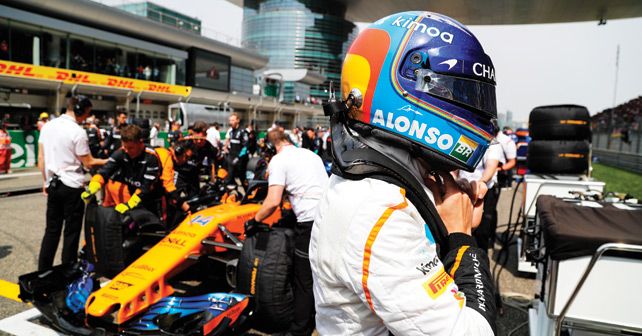 McLaren seems to be well aware that it could lose its star name, but has been working quietly to build up the reputation of the man who is seen as the replacement for Fernando, British teenager Lando Norris – who (at the time of writing) was leading the Formula 2 Championship, despite being in his rookie year. Norris is by no means fully ready for F1 at the moment, but he clearly has huge potential for the future and while bringing him into Grand Prix racing in 2019 might be a little early, it’s the only logical step if he goes on to win the title. However, McLaren seems to be keen to get him trained for F1 quickly, and the recent rumours of Norris to Scuderia Toro Rosso appear to have been the result of a McLaren approach to the Italian team – rather than the other way around. STR wants to get more points, and while Pierre Gasly is doing a great job for the team, Brendon Hartley has struggled to match his teammate. Thus, Norris is an option worth considering. As the F1 season reaches its mid-point, now would be a good moment for Norris to make the switch and get 10 races under his belt in F1 – prior to leaping into the big time with McLaren in 2019.

Formula One wants to be big in the United States, and having Fernando Alonso in the US market, while helping IndyCar to some extent, would be a good way to deliver the message to the US markets that F1 is at a different level to the local championship. This message has already been delivered by the Indy 500 wins achieved by Alex Rossi in 2016 and Sato in 2017, both being former F1 drivers who were not successful in Grand Prix racing.

Alonso knows that racing fulltime in IndyCar will make it easier for him to mount a strong challenge for the Indy 500. Last year, he turned up and drove just the one event and did well – but fell short. Having more time to get to know the team and the car, and to learn more about ovals can only help his challenge.

We’ll see where this ends up, but having Alonso move on with give F1 the chance to create some new young stars. Kimi Raikkonen is not long for F1 (being older than Alonso), and so we can be confident that there will soon be a new name in at Ferrari as well, if not in 2019 then almost certainly in 2020…