Karl finally has a change of heart towards EVs 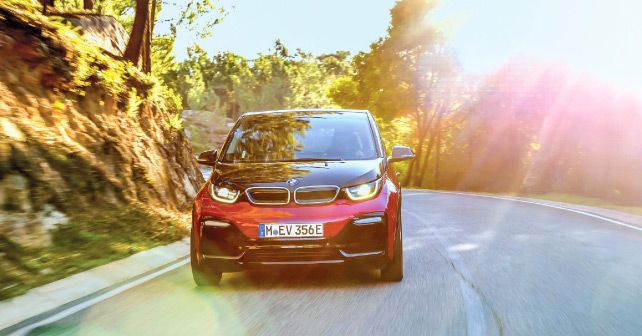 Karl has a change of heart about EVs – amazing what a few years (and an open mind) can accomplish.

It’s confession time. I drove an EV and I loved it. No, it wasn’t a Tesla – that’s the obvious choice. Rather, it was a tiny little BMW, the i3s. It comes at a time as I look back on some of the articles I’ve written about EVs. In fact, the very first column I wrote for this very magazine was a critical piece about electric vehicles and the issues they cause.

And now, let’s not call it a retraction, rather it’s a piece about how things have progressed. Cars change, people change, technology changes. Being progressive is good. But we have to be humble enough to go along with it.

While the car looked a bit funny the first time I laid eyes on it, it was the drive experience that really sold me. I can overlook the lack of noise because that acceleration and handling is hilarious. And the fact that it has miles of grip means it threads through city traffic and makes people wonder what the hell is powering it for it to blast past them at a terrific rate of knots. Pure electricity, people.

See, I’ve always liked torque. I’m a huge fan of diesels and the grunt they have. My first drive of a Bugatti was a lesson in how 1,250Nm felt when applied to the road. And while the i3s doesn’t quite have that level of torque, the instant nature of how it comes on just makes it a ball of fun. So, EVs make sense, at least from that perspective.

Because it’s a Bimmer, it’s built properly, too. It feels solid, the iDrive system is familiar and the stereo is awesome. But it takes a whole new approach in thinking to get your head around the range (or lack thereof) and how and where to charge it.

See, at only 200 kilometres, it doesn’t take long to drain its battery reserves. And charging from a 10-amp household socket only gives you 80% of charge after 11 hours. That is a very long time. Longer than a lot of people are at home once finishing work. So, you have to be creative. Get the i-Wallbox to do fast-charging at home, but if you’re parked at work, then why not charge at work.

A lot of businesses now have solar panels to be a bit greener. That’s free power so just use that. If you’re at work around eight to ten hours a day, that’s around 60-70% charge that you can use. And if you can’t quite get enough, you can top up at home. Some cities also offer free parking at charging stations. Don’t be shy – get onto it.

Thing is, it’s going to take some time before we see commercial production of long-range battery vehicles. Plenty of brands are touting that it’s possible and some even have it now. But the reliability and production capacity are two key areas that brands like BMW, Audi and Mercedes-Benz already have sorted. When you order an i3s, at least you know you’ll get it in a reasonable period of time. In the meantime, it just takes some creative thinking to make the most of its shorter range. But when you do, it’s 200 kilometres of some of the most fun you can have in an EV.

Sure, it’s not the cheapest EV out there, but it’s built well, spacious and drives well enough to put a smile on your dial. And, as a car enthusiast, that’s what we all want. From hating on electric vehicles to loving them, it’s amazing what a few years – and an open mind – will do.