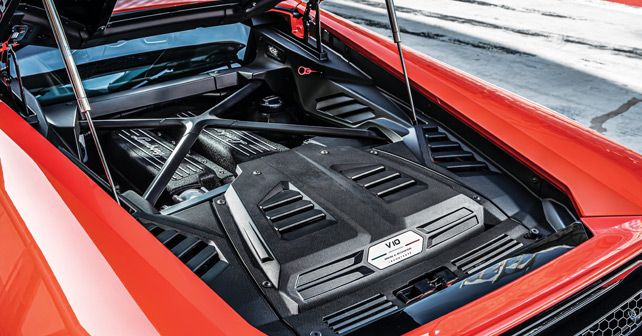 As good as turbocharged engines are, they just can’t match a naturally aspirated engine for drama, soul and purity.

Anyone who has the slightest bit of appreciation for engineering has to laud what turbochargers have done for our industry. These little fans are one of the wonders of modern motoring. But what you may not realise is how long they’ve been around for. The first patent was granted over a century ago, filed by a man called Alfred Büchi, in 1905. The first production vehicle (a truck) used a turbo in 1938, and since then they’ve formed an integral part of diesel engines and the transport industry.

In 2019, however, the advent of variable geometry turbines means that modern engines create more power and use less fuel from smaller capacity engines. Cars are thus getting quicker and becoming more efficient, but, in addition, they’re reducing noxious emissions, something a climate-conscious world is certainly interested in.

Of course, we’re more interested in the power they create. McLaren, Audi, Porsche, Ferrari, Mercedes-Benz, Aston Martin, Pagani, Bugatti – they’ve all embraced this technology, creating some of the most ballistic machines the world has ever seen.

There’s no argument – if you want to go somewhere quickly, strap a turbo to your engine and watch the performance soar. And now, with sequential setups or electric compressor additions, manufacturers have reduced the lag to something that’s almost imperceptible. Win-win, right? Well, yes, for the most part.

The one area that turbochargers don’t help with is sound. It doesn’t seem like a big consideration for something like a Mercedes-Benz B-Class, but when it comes to sports cars, that’s a large part of their appeal. You see, by using the exhaust to power the turbo, the gases don’t flow as freely, creating a very muffled effect, and thus destroying aural pleasure.

Sure, a lot of these companies do plenty of work to alter the induction sound and pipe some of the engine noise into the cabin, but when they drive by, the sharp bark we’re used to just isn’t there. After all, think of what happened to the sound of Formula 1 engines when they switched to turbocharged motors instead of the old screaming V8s.

That’s why when Lamborghini declared it would stick with naturally aspirated engines, it was certainly a relief. And when you get to spend some time with the Huracan Performante and its 470kW 5.2-litre V10, there’s even more reason to rejoice.

With a seven-speed dual-clutch gearbox channelling the power to all four wheels, this supercar equals the mighty Aventador with a 0-100km/h time of just 2.9-seconds.

The ferocity of the acceleration is quite something, but it’s the build-up of power toward the redline that widens the eyes. Each gear adds to the experience, building with a crescendo of a soundtrack married to an unrelenting push from behind.

And that’s really the appeal here. Sure, there’s the wonderful steering, the active aerodynamics, the super-crisp gearshifts or the sticky tyre and suspension combination. But where the Performante really gets under your skin is when it’s near 8,200rpm, with every piston firing up its cylinder at breakneck speed.

With no turbochargers to impede the exhaust gases, the beating heart pumps out the carbon-monoxide and dioxide in a rhythm that makes you forget all about climate change. There’s a timbre that gives it a soul, a personality. And even its stablemate, the wonderful Audi R8, can’t go near it for aural brilliance.

In the cabin, it’s loud, raw and unadulterated. But, most important, it’s real. There are no speakers faking the experience, no extra piping to make it seem better than it actually is. There’s a naturalness to it that couples with the instant throttle response. As good as turbos are, they just can’t match a naturally aspirated engine for drama, for soul and for purity.

Here’s the thing: while we can enjoy the beauty of non-turbo motors, we should. Drink in the sound. Watch as many videos of it as you can. Try to experience it in real life if possible. Get near them and be immersed in their brilliance.

One day, they’ll be gone for good. And when they are, we’re going to regret it.

A luxury car should entitle you to a premium service experience