The word 'Electrification' may not tell you the whole truth 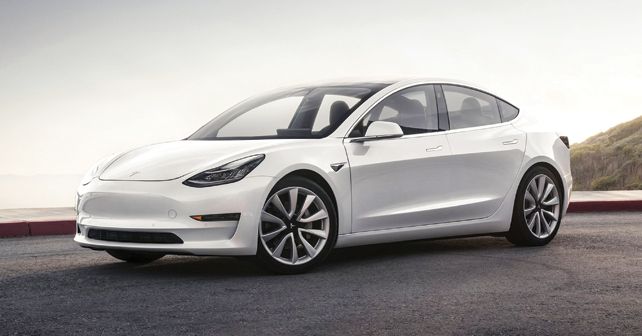 There’s been a lot of fanfare surrounding the Jaguar I-Pace, and for good reason. It looks fantastic, drives well, has plenty of range and has a network of very experienced dealers backing it up. If it’s an electric vehicle (EV) you’re after, you could hardly go wrong.

Thing is, it’s not your only option, nor has it been for a very long time. Remember the Mitsubishi i-MiEV? Based on the Mitsubishi i, which wasn’t the prettiest thing, it was a good crack at an EV at a time when fully electric cars hadn’t really become mainstream. And, arguably, it was ahead of its time – which is probably why it wasn’t as popular as it could have been.

But even before that was the Tesla Roadster. Ten years ago, when it was left to backyard engineers to retrofit cars with banks of batteries to create homebuilt EVs, Elon Musk’s company did the same thing with a Lotus Elise, albeit with a far better finish.

Clarkson and others were happy to rip into Tesla, mainly making fun of the range of EVs. But while the rest of the world concentrated on becoming more fuel efficient, employing turbochargers and refining engines to create cleaner burns, Musk’s people set about creating the Model S. And then the Model X and then the Model 3.

Now, I’m no Musk fanboi – his most recent tirade towards one of the rescuers in Thailand was completely uncalled for – but there’s no denying Tesla has been a trailblazer. So much so that there’s been a raft of manufacturers jumping on the EV bandwagon trying to outdo Musk’s company. And on the surface, it seems their larger R&D budgets and bigger presence worldwide would mean they have the edge.

Have you noticed how many carmakers have announced electrification plans recently? Audi says it will sell 800,000 electrified vehicles in 2025, BMW and Volvo have announced plans to electrify their entire range and Mercedes-Benz says 2022 will be the date that all of its cars will be electrified.

That word keeps on making an appearance in the headlines – electrification – but it’s a bit of a catch-all phrase. It covers everything from EVs to hybrids, but here’s where it gets interesting. Hybrids have several levels. Think about the Bentley Bentayga diesel and the Audi SQ7, which both use a 48-volt system to run their suspension and electric turbos. They use the car’s braking to regenerate power, which is stored in a separate battery system that then sends power to the turbo and anti-roll setup. And that’s why these cars sit in the “mild hybrid” category.

Mild hybrids are indeed counted as an electrified car, so when you hear that an entire range will be electrified, don’t think there’ll be millions of EVs running around soon. However, there will continue to be one manufacturer that pumps out EVs as fast as they can sell them – Tesla.

It truly is the only company that has paved the way for mass acceptance of electric vehicles. Sure, the quality may not be the greatest, they’re certainly not cheap and there are production capacity constraints. Yet, from being virtually non-existent a decade ago to creating one of the quickest sedans on sale, you have to congratulate Tesla on creating a range of EVs that aren’t just accessible but totally usable from day-to-day.

Sure, its legion of fans can be a little over the top, but Tesla’s following is phenomenal, and if its current intentions come to fruition, then all these electrified plans are going to look a little underdone.