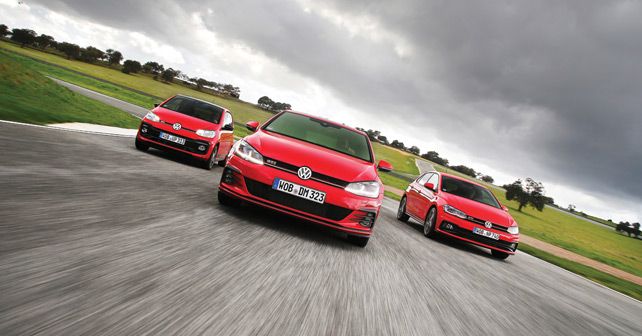 Motoring journos offer constant buying advice, but what happens when we ask ourselves that all-important question – what car should I buy?

Life takes you to some funny places. About 15 years ago I had to sell my car. There was no need for it, and with a press car being supplied each week, it was simply a hunk of metal taking up space in the driveway.

But with offspring progressing in age and needing a bit more running around, suddenly there’s a need for an extra set of wheels in the family. While there are test vehicles available, car companies don’t take too kindly to someone learning to drive in their new vehicles, especially when the price tag is often worth more than a mortgage.

Insurance is another pain for young drivers, and manufacturers are very reluctant to let people under 25 drive their cars. In fact, some of them stipulate 30 and above. In addition, most new cars are built with automatic transmissions, and, as we all know, the best way to teach someone to drive is in a manual.

You see, once a person has an appreciation for how things are put together, as well as how the various parts work to motivate the vehicle, then they will be far kinder to the clutch and gearbox. It’s called ‘mechanical sympathy’ and it’s something that stays with you for your life. Have enough of it and you become a better driver. And, hopefully, eventually car companies start letting you drive their press cars.

The real test, though, is that a motoring journalist has to enjoy it. And that’s a test in itself. So, it has to be a manual and it has to be reasonably fun to drive. Having experienced the entire spectrum of vehicles, it’s actually a lot harder than you think to buy a vehicle for yourself.

So often in our careers we get asked ‘What car should I buy?’ And the answer is always: ‘It depends.’ There are subjective choices and objective choices, and most of the time the choices resemble a Venn diagram whose circles never touch. But I was asked an interesting question by a friend about a month ago: ‘What car would you buy?’

Again, the answer was ‘it depends,’ but this time I could explain my reasoning. I want something that is cheap to buy (motoring journo wages aren’t exactly financially liberating), cheap to run (I’m paying for my own fuel instead of a car company doing it), fun to drive and very reliable. But coming up with something that ticks all the boxes isn’t easy.

There’s a little yellow book that gets produced that has a list of every car for sale, with all the pricing in it – similar to the ‘Buyer’s Guide’ towards the back of this magazine. Going through the list a while ago, I isolated a couple of vehicles, but being new, they were simply out of budget. And then, a light-bulb moment.

Looking through the used-car sales websites, I came across a small car that I remember quite fondly. It had a good little gearbox action, sounded superb with its tiny three-cylinder, handled quite well for its size and had clean, modern presentation.

So, I suggested it to my friend. ‘A Volkswagen Up!’ he exclaimed, using the punctuation mark correctly. ‘That’s right,’ I replied. And then he let that sink in for a moment. Then he came around to the idea. It ticks all the boxes, is priced very reasonably and according to VW technicians is super reliable. The fact that it looks so unique (dare we say cute) is icing on the cake. I suppose the Indian equivalent – since you don’t have the Up! – would be the Suzuki Swift. In spirit anyway. Maybe a VW GT TSI if you want something a little more German – i.e. upscale and sophisticated.

Anyway, a few days later I received a phone call. ‘Guess what we have in our driveway?,’ he asked. And yes, he’d gone and bought an Up! for his wife. And she loves it. For once someone took a motoring journo’s recommendation.

The only problem, of course, is the one I could have bought is now gone. Time to start trawling the used-car ads again…