A peek into the world of classic car dealers 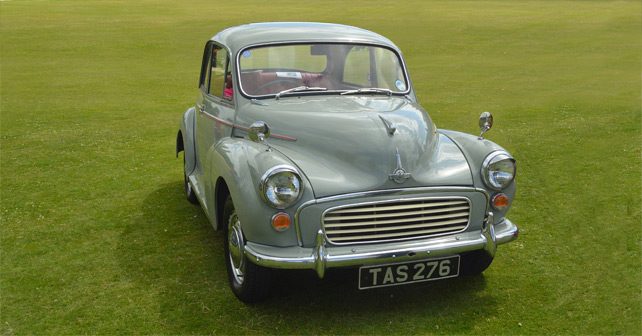 Shahwar feels that these folks whom we love to hate – middle men and car dealers – actually deserve more credit than we’re prepared to give them.

A friend wanted to buy a classic car – not one of those rare marques, but something small and affordable. So he zeroed in on a Morris Minor and took me along to see the vehicle. The car had changed hands a few times, and the present owner was a nice man – albeit a tad talkative.

He had a few cars to sell, and it was clear he was a sweet talking dealer who knew his trade very well. The Minor that he showed us was a lovely example, and he asked `4.75 lakhs for it. Although my friend liked the car very much, the price was beyond what he was expecting. He whispered in my ear that he had seen another Minor for one-and-a-half lakhs. “But it was unrestored and needs a little work,” he said.

Now, ‘unrestored and needs a little work’ can mean a lot of things. This car was restored very well – not perfect, but quite good indeed. The dealer must have bought it for around `1.5 lakhs, worked on it for about 6 to 8 months, and waited for another 6 months to sell it. By the looks of it, he had put in enough money, time and effort to get it to look the way it stood. It had a good coat of BRG paint, a clean and nice sounding engine, good upholstery, the meters were all working, and the decals were all in the right place.

Restoring a classic car needs a certain bent of mind, and my friend didn’t have that. He would never get around to restoring a car. Paying this guy what he was asking made perfect sense. After all, it was a no-expense car and the dealer had blocked his money in the car for long enough – so it was only natural that he would be looking for a little bit of appreciation. But people just don’t want to see that!

These middle-men and dealers are often the people whom we love to hate, but somehow we can’t do without them. Yes, they’re sweet talkers and glib – but also extremely resourceful and enterprising at the same time. My experience with these wheelers dealers has been restricted to those who deal with all things automotive – and vintage automotive at that. But I must say that the interactions have been rather rewarding – well, mostly.

True, these days you can get many old spares on the net – but not everyone is comfortable in ordering things through the Internet. I’ve known people who’ve ordered rather expensive spares from across the oceans, and once these spares reach our shores the customs department plays spoilsport. At times, they even confiscate these parts citing some obscure laws. And the people who order them are left running from pillar to post to get them released. They often have to pay a hefty import duty or wait indefinitely – and, sometimes, simply forget about them.

These middle-men will charge you a premium, but typically they’ll get you what you want. And the best part is that you don’t have to pay them 100% in advance. You give them a sample of the parts you want, and they’ll get them for you. Just don’t bargain too much, and don’t ask where they get them from. As long as it keeps your pride and joy on the road, it makes perfect sense. And the chances of these men disappearing with your money is negligible since their income depends on their ‘reputation.’ Since the classic and vintage car and bike market is a very small one – most people know each other well – these dealers thrive on references. They will overcharge you for sure, but at least you’ll get what you’re looking for. Sourcing vintage car parts is not easy by any stretch of imagination, so let’s show these useful scoundrels some respect.

By the way, while we’re on the subject, I’m looking for the grille of a 1948 Hindustan 10 – anyone out there who can help with that?