Siddharth wonders if all everyone really wants is an SUV... 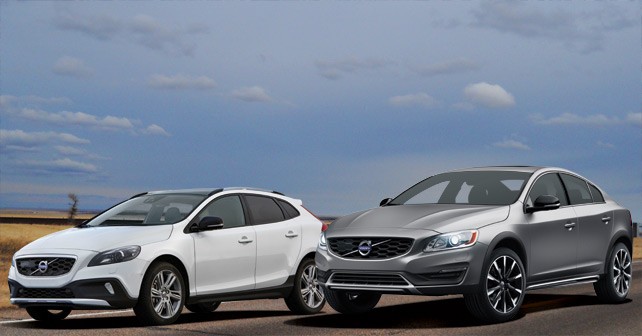 Everyone wants an SUV. Many people buy a sedan, others buy a hatch, yet others an MPV, and, well, some even opt for a coupe. But everyone really wants an SUV. True? Well, it seems to be what the auto industry believes anyway!

That would explain why the industry is getting so ‘cross’ with us! The one that started it all (in India anyway) was the Volkswagen Cross Polo. VW has, for several years, launched ‘rugged’ versions of its popular hatch or wagon models in many markets under this nomenclature. The idea is simple, dress up a regular model – with plastic cladding running through the underside of the bumpers, on the wheel arches, and along the sides. Throw in a scuff plate, lip spoiler, roof rails, possibly a different wheel pattern and fog lights. And, voilà, you have the cross-version.

The strategy has worked for VW in many markets, but not in India. Which is what possibly makes Skoda wary about launching its ‘Scout’ versions in India. And, yes, that’s the same treatment – the Czechs call it Scout. Toyota took a leaf out of the same book – a rather literal one – and launched the Etios Cross, which is a Liva with the same treatment. The Etios Cross has done reasonably well for Toyota though, and Fiat had the same hopes with its ‘crossed’ Punto. Thankfully, they gave it a new name – the Avventura.

The latter has mechanical changes to go with the looks, including an anti-roll bar and increased ground clearance. The new Hyundai i20 Active does pretty much the same – sans the anti-roll bar.

But, my point – and, believe it or not, I have one – is that all this is happening, because, seemingly, we prefer more rugged looking cars. Is that really true? Well, increasingly, people the world over seem to really want an SUV. In the past, that desire was only aspirational as most SUVs were priced rather high. In the West, the demand was met by compact SUV models like the Tucson, CR-V or RAV-4. In India, even those models have been deemed pricey. And not just India – demand has been growing in Eastern Europe, Latin America, and in South East Asia too. Hence, the emergence of subcompact SUVs like the EcoSport, or the dolled up hatches and compact crossovers that I’ve been talking about.

So, where will this obsession end? Why not just have SUV-shaped hatchbacks (oh wait, we have those already), and compact SUVs? Well, for every person who likes the imposing view and shape of an SUV, there are those who like the convenience and comfort of a sedan or hatch. Thank God – it means those segments will live on.

But my fear is that this obsession will also lead us to some ridiculous models. I mean they took a hatchback, married it to the style of an SUV, and gave us these new kinds of crossovers! So, what’s next – a sedan with the same appeal? Yes, I think I’ve hit on a new business idea. Are the world’s car manufacturers listening? Take a sedan, slap on the cladding, raise the ride height, increase the power and throw on roof rails. Maybe even a bicycle mount on the rear bumper? Rugged, sporty, ready for rough roads – and still an elegant and comfortable sedan when you want it to be. Yes, I shall claim royalties on all such ‘contraptions’ that you see. So, if you spot one in your market, please do let me know at opportunist@designguru.com.

Oh what’s that? Volvo has beaten me to it? Are you sure? Sigh! It is true – just when you thought I was being either hysterical or exaggerated – do take the time to check out the S60 Cross Country. Like the V40 Cross Country (which is essentially a cross-hatch), the S60 Cross Country has the increased ride-height and all the embellishments to categorise it as ‘cross.’ Now, my last question – why hasn’t Volvo already brought it to India?