Road incidents should be termed as 'traffic collisions' and not 'accidents' 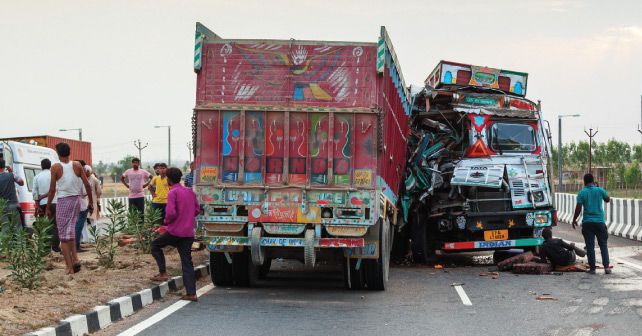 Srini feels that by calling them accidents, we’re not assigning blame or responsibility. Let’s call them crashes or traffic collisions instead.

You use the word ‘accident’ liberally to mean crashes or collisions on our roads, but have you ever checked the exact definition of the word in any authoritative dictionary? Of course not, why would you? It’s part of your lexicon, ingrained into your brain since childhood. It’s an accepted word to mean road crash even if you don’t speak English. It’s an essential word in our vocabulary – considering the number of road crashes taking place in India, it’s one we encounter every day.

So when you do check its exact definition, you ideally should be shocked. Some of the words that are used to define ‘accident’ across dictionaries are: an unfortunate incident that happens ‘unexpectedly or unintentionally,’ ‘by chance,’ ‘without apparent or deliberate cause,’ ‘unplanned,’ ‘unforeseen’… You get the drift. Does that mean the crashes that take place on our roads and snuff out thousands of lives each month are just pure bad luck? Fate? Acts of God?

Try telling that to the families and loved ones of the victims of these ‘accidents.’ If a sleep-deprived driver flies a bus-load of passengers off a cliff, did it have to happen? If a two-wheeler rider decides take a short cut on the highway by riding against traffic and gets crushed by a truck, is it an act of God? If a drunk driver mows down a family out for an evening walk, is it fate? If a distracted driver runs over a child because he was texting his friend, would you call that bad luck? If a speeding truck hits a scooterist, is it no one’s fault? If a school bus gets walloped by a speeding train at a level crossing, did God make it happen or was it the bus driver’s fault? If a car attempts to overtake another at a blind corner or a blind crest and has a front-on collision, is it really an accident?

Calling these incidents accidents absolves the responsibility of the person who caused the deaths of others. He may not have planned it, but he is culpable. He is responsible, because he was driving drunk, was distracted, was sleep-deficient, was careless or preferred to ignore the accepted rules of the road. You simply cannot call any of the above examples ‘accidents’ – it would be inappropriate usage. As mentioned earlier, none of them were unforeseen or unplanned or unexpected. They had a clear attributable reason, and that is, human error. And that human error was a choice the driver or rider made. The fact that he exercised his judgement and made a wrong call (I can drive drunk, I can overtake blind, I can over-speed, I can take this illegal shortcut, I can make it across this level crossing before that train comes, I can text and be distracted while driving…) means he caused a crash, not an accident.

By legally calling it an accident, the responsible person’s lawyer can technically argue with the judge by saying, “Look up the word ‘accident’ in the dictionary, your honour. It implies that nothing could be done about it and it’s no one’s fault. So my client who has been accused of driving fast and running over pavement dwellers, is actually innocent.” This is why it’s important to get the language right.

Interestingly, the word ‘accident’ didn’t exactly come about by accident. It was popularised in the 1900s when companies did not want to take responsibility for workers getting injured in their factories. The industrial safety campaigns of the day called them accidents, so the owner could be let off the hook. The word, of course, got adopted by the auto industry, which initially wanted to shift blame from the cars to the drivers. Eventually, over time, it’s become par the course to remove blame from the driver / rider and attribute it to something that was beyond anyone’s control.

Human error causes the overwhelming majority of all road crashes, and by describing them as accidents, you reduce its impact and make it seem as if no one is responsible for the loss of innocent lives. So make a pledge. Don’t call attributable road crashes accidents.