Exclusive – The Sixth Generation of the Volkswagen Polo 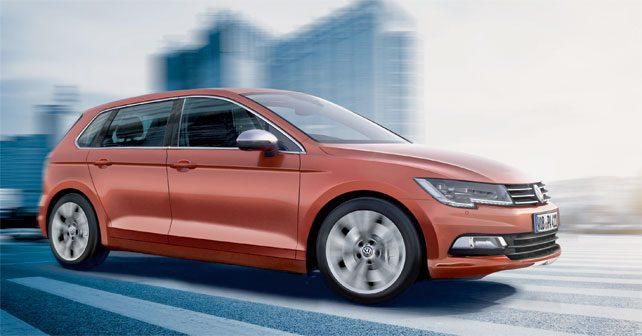 Launched at the Geneva International Motor Show in 1975, the Volkswagen Polo recently celebrated an important milestone. The German automaker is now preparing to meet the next challenge with the sixth generation of the Polo due in 2017.

Forty years is a long time in the life of a car. And not every model survives that long. But age doesn’t seem to have affected the Volkswagen Polo, which turned 40 this year after its debut at the Geneva Motor Show in 1975. With the experience gained over five generations (see box), during which time almost 14 million units of the Polo have been sold worldwide, VW is now preparing to launch the sixth generation of this popular hatchback.

Last year, the Polo went through a full restyle. And it probably has only one major concern, at least in the world market – and that’s shaking off the image of being the eternal imitator of its bigger brother, the Golf, which was launched in 1974. The problem related to close kinship, which has stayed with it since its birth when it debuted as a poor cousin to the Audi 50, could be a real burden for the Polo.

Over the years, the Polo has got rid of its Cinderella clothes. Starting from the third generation, it began to emulate the Golf – which is one of Europe’s bestsellers. As it happens in families, you either decide to be the black sheep or you find inspiration from those who have already achieved success.

THE SAME, BUT DIFFERENT

This is particularly true at Volkswagen, since black sheep aren’t valued much at the German giant. Walter de Silva, patriarch of design at the VW Group, prefers continuity. And VW’s chief designer, Klaus Bishoff, who can be rightly considered as the parent of the Polo and Golf, shares the same tastes. In more than one interview, he’s declared that the perfect Golf is one that sticks to its own identity, while the perfect Polo is one that can’t be anything but a member of Volkswagen group. That’s a cryptic way of saying that the family look is imperative at VW.

Nevertheless, Bishoff says, “If a Polo couldn’t be distinguished from a Golf, we would have done a very bad job.” What can we expect, then, from the next small Volkswagen?

TAKING ITS OWN PATH

Not much insight is gained by analysing the last few decisions taken by Bishoff. He really likes cars that are well grounded. The Passat, for instance, isn’t radical in its latest avatar – but it is certainly a lot more formal. And this appears to be the direction being taken by Volkswagen as a whole. Just look at the face lifted Vento! And so, when imagining what the next-generation Polo would look like the team at Quattroruote drew well-defined lines that outline an adult personality without disregarding sportiness. Expect the final design to be a little edgier than what you see here though, simply to allow the new Polo to stand out that little bit more.

Under the bodywork, the big news is the adoption of the MQB platform – on which many models of the VW Group are now based. Dimensions aren’t going to vary that much, despite the adoption of shorter overhangs. The MQB platform will probably make the new Polo lighter and stiffer for more efficiency and higher performance. And so there’s little doubt that it’ll remain the best driving hatch in our market – unless, of course, Volkswagen does finally decide to bring the Golf to India! 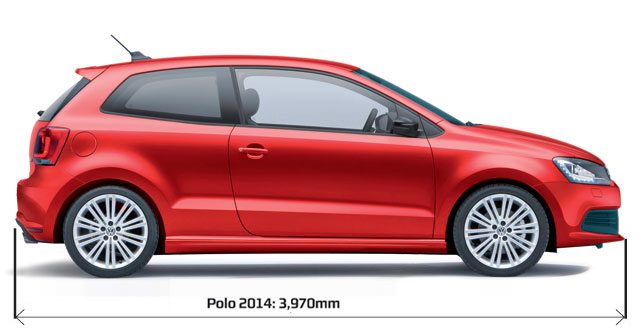 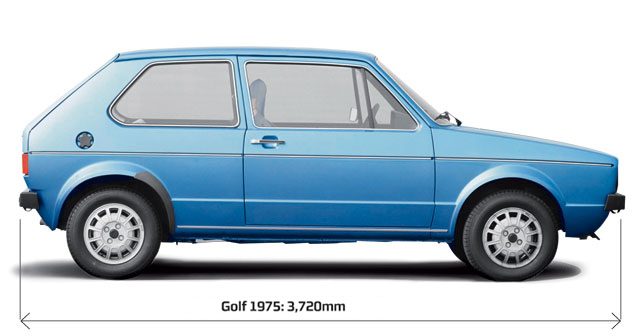 If you can’t compare apples and oranges, then we shouldn’t really be comparing the Polo of today with the Golf of yesterday. Ruthless and politically incorrect it may be, but the comparison points to the supremacy of the current model over its predecessor from yesteryear. The former is longer, 3,970mm against 3,700mm; wider, 1,680mm versus 1,610; taller, 1,450mm against 1,410mm; more powerful, 60bhp generated by the 1 litre three-cylinder engine of 2015 versus 50bhp by the 1.1 litre three-cylinder of 1975; faster, 161km/h as opposed to 140. The boot is the only exception: 350 litres in the older Golf, and 280 litres in the Polo. 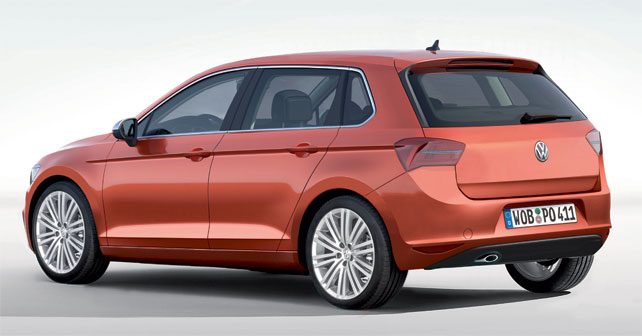 The adoption of the MQB platform shouldn’t alter the overall size of the Polo much, and so the length is likely to stay within four metres – although overhangs will be shorter to highlight a sportier personality. 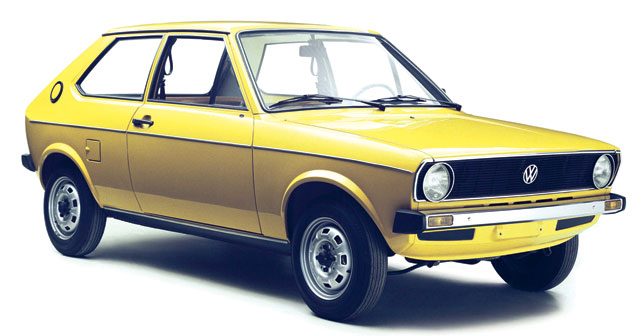 1975
The first Polo was actually a cheaper version of the Audi 50. It had three-doors and measured 3.5 metres in length. Bodywork was by Bertone, and the engine was a 900cc unit producing 40bhp. 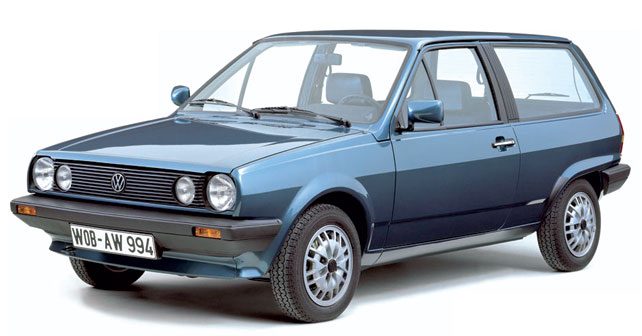 1981
The mechanicals didn’t change for the second generation, but it did come in an estate body style with fixed rear windows and an additional 15 centimetres of length. A 1990 restyle refined the lines of both the Estate and three-door version. 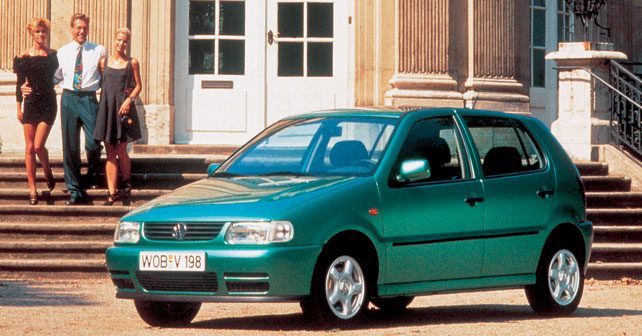 1994
The car underwent a complete change with the third generation. Dropping the stylistic formula that made it a success, the Polo looked a lot like the Golf. 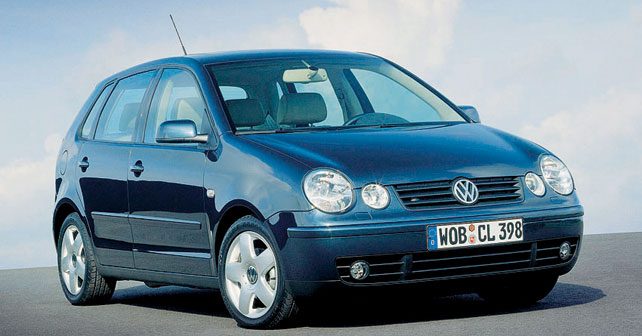 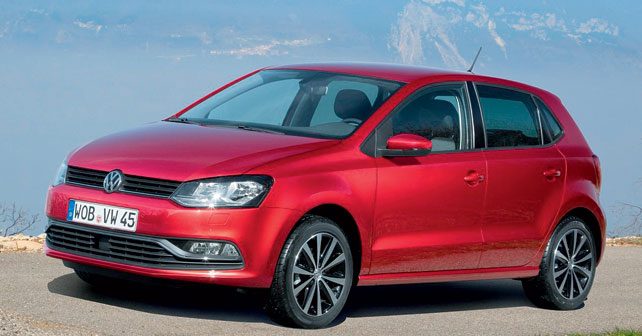 2009
The fifth generation Polo is the first one to make it to India. It’s 3,970mm long and is designed by Klaus Bisho?, under the supervision of Walter de Silva. 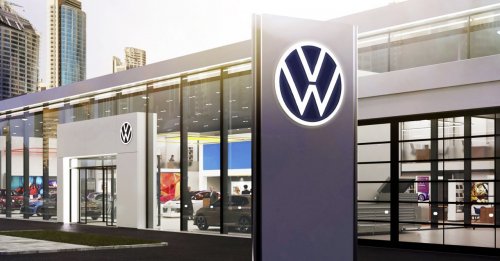 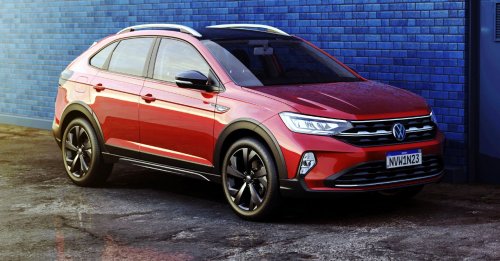