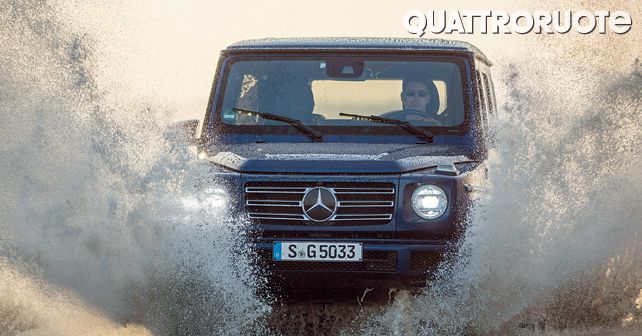 The second-gen Geländewagen is still extraordinary off road, and in its new avatar it also gains a newfound balance on the asphalt – with its charm as intact as ever.

Don’t be fooled by appearances – the new model of the legendary G-Class is not just a small makeover. This is the all-new, second-gen model of the iconic Mercedes-Benz G-Class, which means that it’s a car with a completely redesigned interior. However, it retains its boxy exterior design for the simple reason that Mercedes wanted to keep the unmistakable style and traditional setting of the off-roader. Under the skin, there are some considerable changes to talk about. First off, the vehicle has increased in size, especially in width. The interior of the G-Wagen has been completely transformed, with a far more modern cabin. There’s much more space than before, which, unlike before, makes you feel like you’re seated in the vehicle rather than on top of it. Of course, most of the old and dated stuff is gone – you now get a 12.3-inch digital instrument cluster that replaces the analogue dials of yore.

The most radical change, however, has come in the form of a new independent front suspension, with a double-wishbone front axle and a rigid rear axle. This, combined with a new electromechanical steering and a lower centre of gravity, results in far improved on-road behaviour. Taking bends isn’t as alarming as it used to be. There’s no denying that it still has a lot of roll, but the body movements are tightly controlled now. In short, on paved roads, the new G-Wagen is leaps and bounds ahead of its predecessor – it now feels balanced and more confident. The on-road behaviour is further enhanced by the great character of the V8, which acts in perfect harmony with the 9-speed automatic transmission. 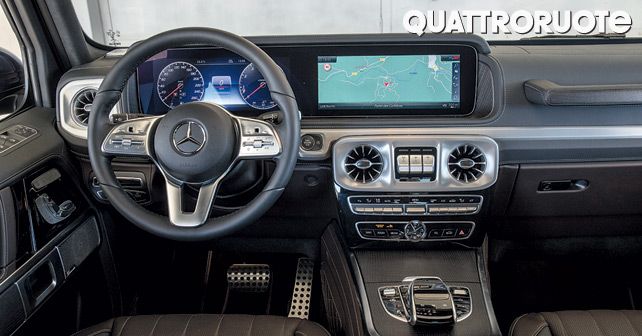 But, what about the uneven and treacherous terrain? It’s here that the true off-road spirit of the Geländewagen emerges! There’s no stopping this beast, no matter what you throw at it. The off-road capability is further improved, because of the new electronics. What impressed us in particular is the new ‘G-Mode’ function that comes with three differential locks. As soon as one of the locks is engaged, the off-road mode alters the damping of the chassis, steering and accelerator characteristics, while at the same time avoiding unnecessary gear shifts. The end-result of all this enables you to waft over the steepest of slopes without a care in the world. If we were to sum up the whole driving experience of the new G-wagen, we’d say that ‘it’s simply unstoppable!’ 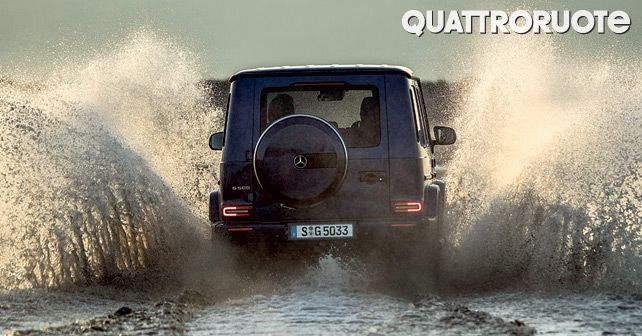 In its latest generation, the G-Wagen is more enjoyable on the road, without losing its extraordinary off-road capability. In fact, it’s more refined and sophisticated now. There are some minor improvements elsewhere as well. For instance, the wading depth has increased by around 100mm, to a total of 700mm. The ground clearance is also up by 6mm (to 241mm). And, of course, the new model has a specific G-Mode and three differential locks that make it even more capable off road. 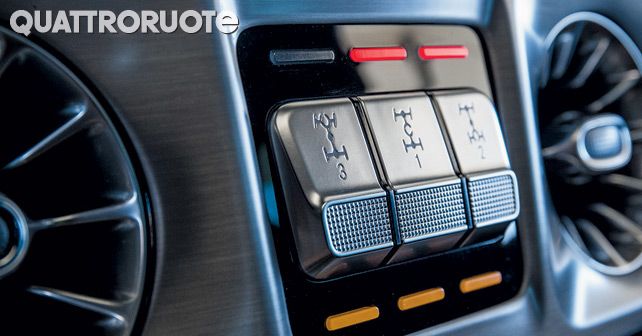 In normal driving conditions, the torque split is 40:60 (front-to-rear). With buttons (pictured above) in the middle of the dashboard, the driver can lock all three differentials, which are controlled by an electromechanical device. The suspension setup has been completely revised as well – the front wheels are suspended independently, using a double-wishbone setup. The rear-wheels feature a solid axle.