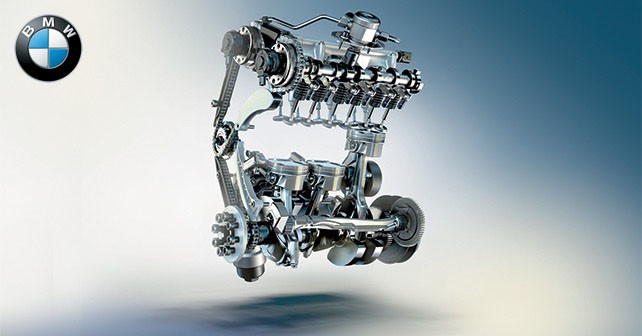 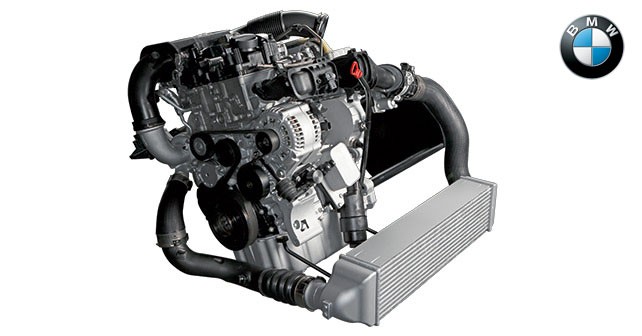 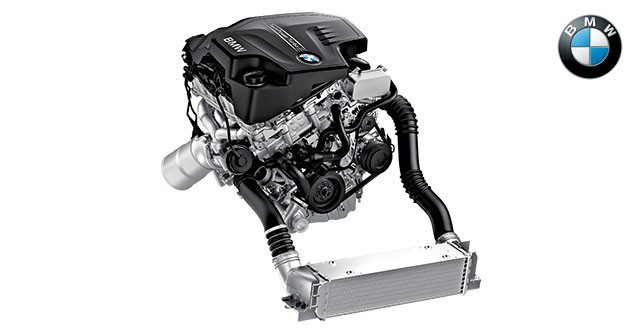 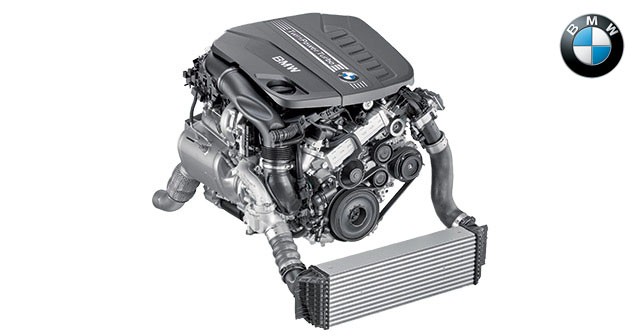 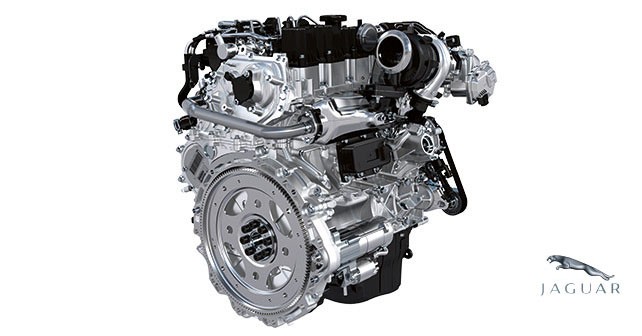 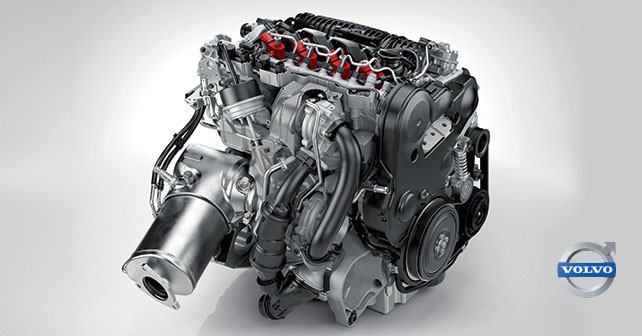 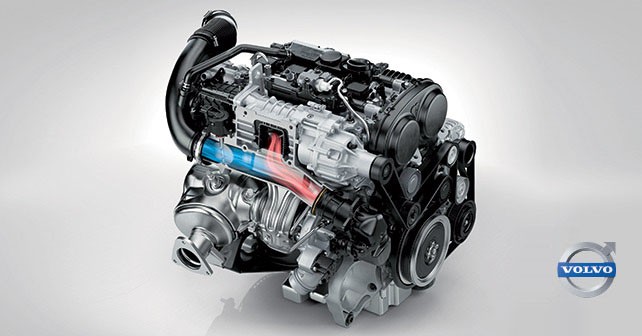 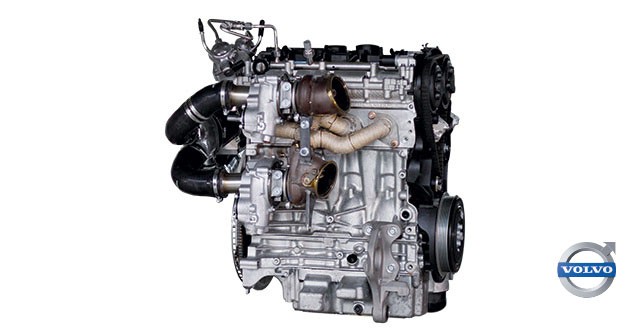 The cubic capacity of 500cc per cylinder is perfect for high efficiency engines – this much is certain now. And it doesn’t matter whether there are three, four or six cylinders...

You can have any colour you want, as long as it’s black. This was the industrial approach during the Ford Model T era. A century later, a similar idea is emerging – but this time it’s in the world of engines. You can have any engine you want, as long as it has cylinders of 500cc capacity. An increasing number of brands are choosing this cubic unit for their new family of engines – looking for the best efficiency while keeping in mind both technical and production considerations.

All three groups – Volvo, Jaguar-Land Rover and BMW are focussing on the cubic unit displacement of half-a-litre for a single cylinder. Of the three, the first brand is the one that has gone the farthest. Its new Drive-E family of engines, only consisting of a four-cylinder engine of 2,000cc, is such that the petrol and diesel engines share several important components (such as the block). These Drive-E units alone meet the needs of the complete range of Volvo models, and in this way they replace the previous five, six, and eight cylinder engine options.

The British haven’t gone that far just yet, and they’re not planning to abandon their V6 and V8 engines. However, the new two-litre engines of the Ingenium family are intended to equip an increasing number of models – and not just the Jaguar XE.

However, the four-cylinder two-litre engine is not always the ideal solution. When the range is extremely wide, as in the case of the BMW Group, where the range goes from the light and compact Mini’s to the large and heavy SUVs, luxury sedans, and so on, this solution is obviously not feasible. This doesn’t mean, though, that the ‘ideal’ unit of a half-litre capacity per cylinder has to be abandoned. Even in this case, it is possible to use a base module (500cc, of course), in order to manufacture engines with three, four, and six cylinders respectively of 1,500, 2,000 and 3,000cc. The petrol and diesel versions are both produced and assembled on the same manufacturing line, common to all engine power versions, and to all the three displacements.

Gradually, we will have to say goodbye to the large number of engine displacement families – those, for example, include petrol engines of 1,100, 1,400, 1,600, 1,800, 2,000 and 2,200cc, all naturally aspirated. Today, the watch-word is simplification of the range, so as to reduce the displacement variations, without renouncing a broad portfolio of power. The approach of Volvo is very significant – staying with only the two-litre four-cylinder, and changing only the type of forced induction. In a petrol engine with a single turbocharger, it gets close to 250bhp, while with the turbo plus a supercharger it rises above 300bhp, and with two conventional turbos plus an electric turbo it produces to the tune of 450bhp. A very interesting approach, isn’t it? In fact, even giants, such as General Motors, Toyota and Volkswagen, all of whom produce millions of engines per year, could benefit greatly from the economies of scale of this kind of an approach.

IN THE NAME OF PERFORMANCE

Using a single production line ensures many advantages – it helps especially to reduce and contain fixed costs, and it makes the production a little more flexible. All this also allows changes to production schedules based on unpredictable demand for one version or the other without much wastage. Which one is the best seller – the diesel or the petrol? For a factory like this, that doesn’t change anything. And this is no small advantage, given that an engine production plant operates at a loss if it works under 70% of its production capacity.

We already knew that the value of 450-500cc for a single cylinder is the best compromise from the point of view of the thermodynamic and mechanical efficiency. Now the question is even more crucial because of the introduction of strict CO2 limits (next year, the average for an automotive group must not exceed 130g/km, and 95g/km by 2021).

Among the reasons that make 500cc the ideal cubic capacity is that there is a favourable ratio between the surface of the walls of the combustion chamber and the volume of the chamber. If this ratio grows too much, the thermodynamics worsen because of greater heat dissipation. This happens when the cylinder displacement is reduced, which becomes inevitable in a three-cylinder engine of 1,000cc for instance (with the cylinders measuring 330cc). This was the case in the past with the ‘six-cylinder’ engines of two-litre capacity – which, not surprisingly, have disappeared because of their very poor efficiency. On the other hand, to switch from three to two cylinders of 900-1,000cc creates roughness of operation and refinements issues that are not always accepted, and which require the use of an additional balancing shaft and a dual-mass flywheel. Finally, from the point of view of mechanical efficiency, the 500’s allows one to contain both pumping losses, which show both in the phases of the input and output of air from the cylinders and in the friction.

Pictured here is the diesel BMW three-cylinder, arranged transversely.
On the left, you see an exposed view of the 1,500cc petrol engine of the Bavarian brand. A third of the components are common in the two engines. In the foreground, at the bottom, you see a balancer shaft. At the top, you see the two-phase shifters on the end of the cam-shafts.

On the new modular BMW petrol engines, the power of a single 500cc cylinder varies between 40 and 75bhp, with torque between 60 and 80Nm. On the diesels, however, each cylinder delivers between 27 and 60bhp, with torque from 75 to 110Nm, depending on the engine tuning. In the picture is the four-cylinder engine, longitudinally mounted.

The in-line six-cylinder uses the same form of 500cc cylinders, no matter whether it’s petrol or diesel. According to the Bavarian brand (but not only them), the value of 500cc represents the best compromise between efficiency and reduced friction – not to mention a pleasant sound and low vibration.

The new Ingenium engine family of the Jaguar-Land Rover Group is preparing for exponential growth. Over the next two years, on average, they will add a new variant every three months. The new engine factory in the West Midlands, which is dedicated to the Ingenium line of engines, produces a new engine every 36 seconds. The petrol and diesel Ingenium units are close relatives, all of 2,000cc capacity and turbocharged with an aluminium block. The petrol range has direct injection, two counter shafts, and is provided in two variants from 200bhp & 280Nm and 240bhp & 340Nm. The diesel version features variable valve timing on the exhaust side, which allows rapid heating of the SCR catalyst. There are also two diesel variants – with 163bhp & 380Nm and 180bhp & 430Nm.

The Swedish Drive-E engines provide a range of two-litre, four-cylinder diesels, which replace the previous five-cylinder 2.4 litre unit and which promises performance to match ‘six-cylinder’ engines – but with more contained weight, dimensions and CO2 emissions. There are two versions in production today – one with 180bhp and a single variable geometry turbocharger, and the other with 225bhp, which has two turbos. With leading supplier Denso, Volvo has developed a common-rail injection system that works at a pressure of 2,500 bar.

The nomenclature T5 and T6 chosen by Volvo for its petrol E-Drive prototypes can be confusing. In fact, the cylinders are always and only four. The sturdy aluminium crankcase is common to the Drive-E diesel family. This feature allows for the retrieval of monstrous power without structural problems for the two-litre unit. The engine pictured above offers 450bhp. Versions already in production produce 245bhp, with a single turbocharger, and 306bhp when the turbo joins a supercharger.

At the top of the range is the Volvo Drive-E petrol version, which uses ‘Triple Boost’ to produce 450bhp, which is still in the prototype stage. It uses two parallel turbos, assisted by an electric turbo. The compressed air from the latter is not introduced directly into the cylinders – it is used instead to get the best from the two turbos.