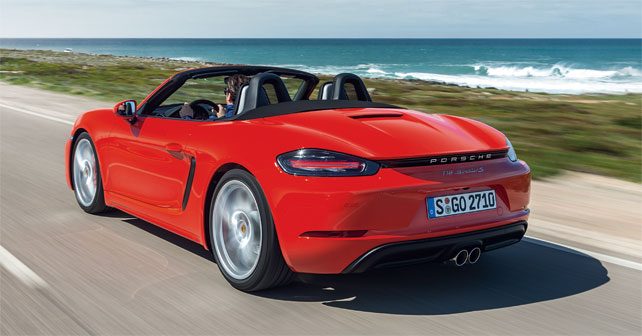 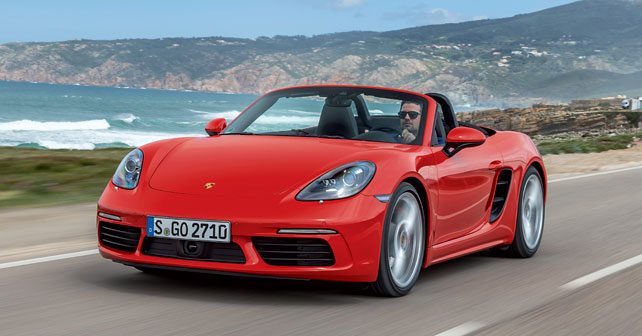 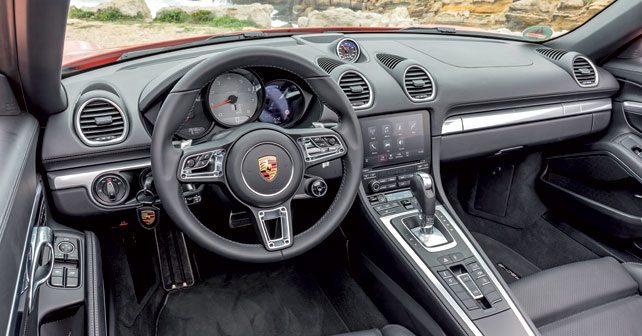 Porsche’s entry-level roadster now gets a dose of turbo power, but loses a pair of cylinders in the process. 35 horses are added to a delectable and scalpel-sharp chassis. But is it as good as its naturally aspirated predecessor?

The new powerplant is still a boxer, but it’s a turbo-four as opposed to a naturally aspirated six. Getting this powertrain up to the same – or, in fact, increased – levels of performance is a sophisticated variable geometry type turbocharger. To accommodate the new engine, which is more compact and has a different breathing procedure from the previous naturally aspirated boxer, the Boxster had to be redesigned almost entirely.

If, at first glance, it doesn’t seem so different, look more closely and you realise that, ultimately, there isn’t much left of the previous generation machine. Only the hood and windshield are carried over from the previous generation. Even on the inside, things are vastly changed. For example, the steering wheel now has a ‘Mode’ knob, which lets you choose between various setups. But the most prominent change comes from the exhaust. Previously, it would play a perfectly matched chorus of engine tunes but now the noise coming out of the tailpipes is a bit more hoarse – a little ‘rough’ to be honest.

In Normal mode, with the PDK gearbox (a six-speed manual is optional), the Boxster S dices through traffic. It’s sweet and precise, with its four-cylinder boxer mumbling loudly between 1,500 and 2,500rpm. Turn on Sport Plus, though, and the soundtrack changes completely. The engine starts to rev hard, and while it’s scintillating at lower revs, above 4,000rpm it sends you into another world altogether. The roar of the engine becomes almost ‘evil,’ while the tacho needle devilishly charges toward the redline. The gear ratios are very closely matched, and the dual-clutch tranny ensures that there’s no delay or hesitancy. 345 horsepower (an increase of 35bhp over the old Boxster) is delivered at 6,500rpm, but the power curve is nearly flat for another thousand rpm until the intervention of the limiter – which cuts in at around 7,500rpm.

So, is the Porsche 718 Boxster still a thriller? Well, in a word – absolutely!