S90 to be another masterstroke for Volvo 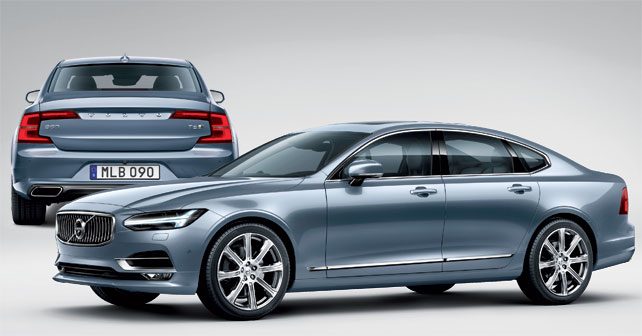 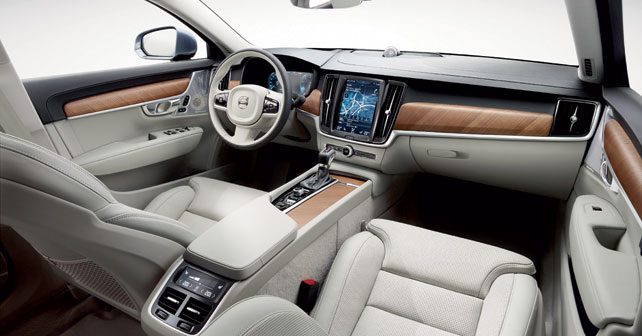 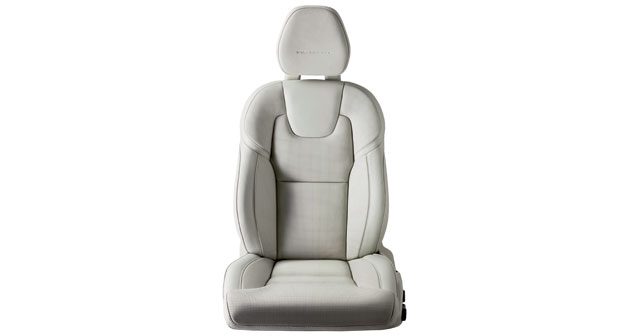 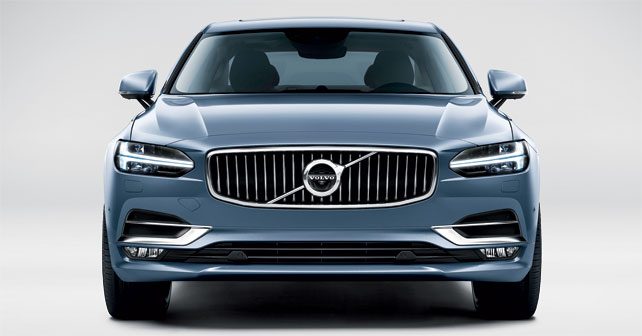 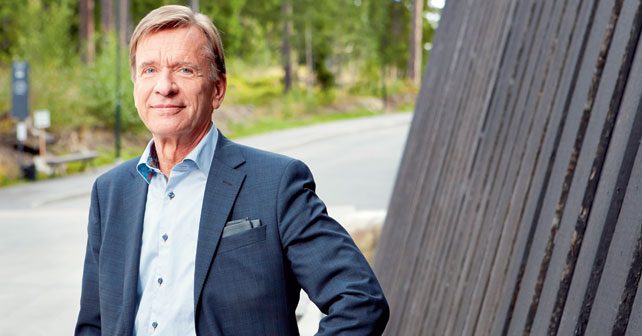 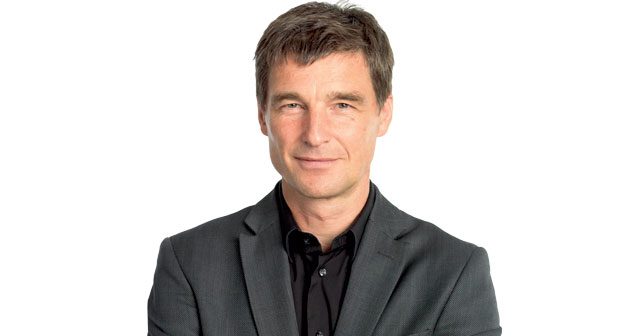 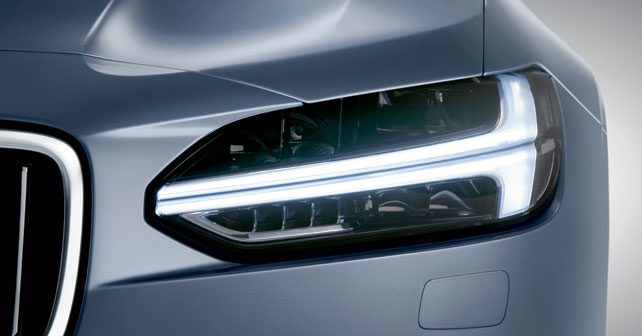 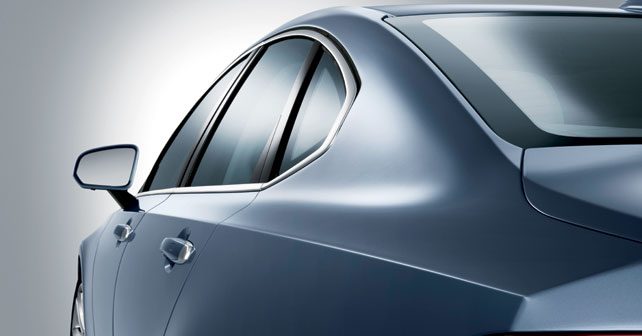 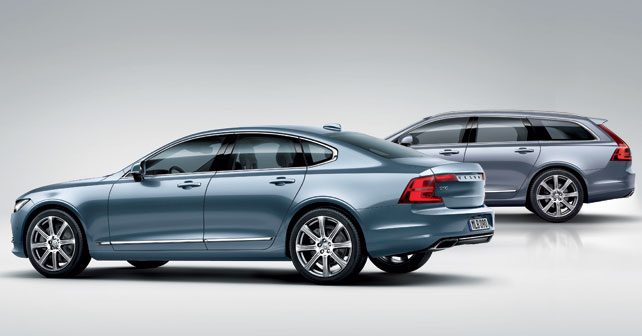 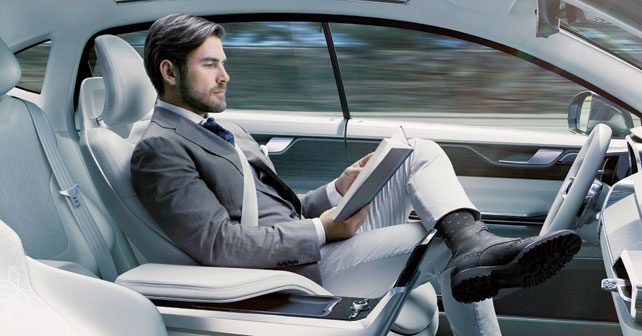 Encouraged by the success of the XC90, Volvo has stepped on the gas. Now, with the launch of its flagship sedan, the S90, the Swedish carmaker is aiming even higher.

Volvo’s new flagship sedan, the S90, was originally scheduled to appear before the XC90. But after ownership of the Swedish brand changed hands from Ford to Chinese automaker Geely, the management of Volvo decided to push out the SUV first. It turned out to be a masterstroke, with Volvo being swamped with 80,000 orders against an initial estimate of 50,000 units. The rush for the XC90 boosted Volvo’s sales graph northwards. The company, which had been in dire straits not too long ago, began to rake in profits that grew exponentially in the first half of 2015. Volvo’s goal is to take the operating margin from 1.5% in 2014 (2.2% in the first half of 2015) to an 8-10%, which is the typical margin for the premium brands. And so it was a confident Volvo that revealed the S90 in mid-January at the Detroit Motor Show. But there’s more in the line-up. By March, the V90 station wagon will debut at the Geneva International Motor Show, which is expected to draw a large number of European customers.

The S90 shares the same architecture (Volvo’s Scalable Product Architecture, or Spa) and engines that debuted on the XC90. The newer sedan, however, pushes a bit further in the areas of autonomous driving and collision avoidance. It’ll come in front-wheel drive and four-wheel drive versions, with four-cylinder turbocharged two-litre petrol and diesel engines with outputs ranging from 190 to 320bhp – paired with a six-speed manual transmission or an eight-speed automatic. The diesel engines, however, can now count on what Volvo calls its Power-Pulse, which improves turbo response at low revs. A plug-in hybrid version, with 407bhp, has also been confirmed. The S90 replaces the current S80 at the top of Volvo’s sedan line-up. At 4,963mm, the S90 is longer than the S80 by 110mm, while the width goes up from the S80’s 1,860mm to 1,890mm. But the S90 is 50mm lower in height (slightly over 1,440mm). The wheelbase, however, remains unchanged at 2,941mm. These dimensions will keep the Swedish model competitive in a segment populated by the Audi A6, BMW 5 Series and Mercedes E-Class. A long wheelbase version for North America and some Eastern markets could give the S90 a fighting chance to position itself in the same league as the Audi A8, BMW 7 Series and the Mercedes S-Class. The Spa platform’s flexibility has made it possible for Thomas Ingenlath (Vice President of Design) to move the front wheels a bit forward, reducing the overhang, pushing the interior a bit further back, and stretching the profile to give it a form similar to that of a coupe – this a form language that all the upcoming Volvo sedans will share in future. Compared to the conservative style of the S80, the S90 is more daring without rejecting the brand’s style philosophy. The signature headlights, dominated by horizontal T-shaped LED elements that Volvo calls ‘Thor’s hammer’ are complemented by a concave grid rather than a convex one. The Scandinavian design is expressed in the disarming simplicity of the inserts made of light wood, the gear knob made of crystal, a careful use of chrome, the sculpted seats, and the absence of buttons. All the controls are centralized on a big and extremely sensitive touch screen. In this S90, Volvo has pushed further in the areas of autonomous driving and collision avoidance. The Pilot Assist system works at speeds of up to 130km/h and can guide the car solely via lane markings without having to lock onto the car ahead. In addition, Volvo’s City Safety system can, for the first time, recognize and react to large animals as well as pedestrians, cyclists, and other vehicles, and activate automatic braking if needed.

The S90 is the second stage of the renewal process for Volvo that started in 2010, when Geely bought the company. In the five years since Volvo changed hands, it has attracted $12 billion dollars worth of investment. Even so, it was difficult to set the S90 project rolling, because 80% of the 50,000 S90’s that Volvo plans to produce have to be sold to customers that now belong to Audi, BMW and Mercedes. But IHS Automotive analysts are quite optimistic, with S90 sales expected to be over 54,000 units in 2017 – which could swell to an abundant 65,000 in 2020 (the best year of the S80 was 2007, with 40,000 global deliveries). However, even with taking the station wagon into account, the commercial performance of the S90 / V90 won’t even get close to its German rivals. But this hasn’t stopped the Volvo management from putting in place an ambitious production capacity that would touch 800,000 units by the end of the decade. By that time the XC90 will already have become the veteran of the range. The restyling of the V40 hatchback is expected this year. Between 2017 and 2019, it’ll be the turn of the new generation of medium and small size vehicles – with the debut of the CMA platform. These will be followed by pure electric models, which could very well show off an unusual design.

The Volvo S90 intends to carve out a small portion of the sedan market dominated by the German majors. When fully operational, the annual production could exceed 50,000 cars

The interior of the S90 refines the character of the XC90. Its ‘Scandinavian look,’ which is so dear to Volvo’s new design direction, is expressed through extremely simple, but equally sophisticated, details

He has to be the man of the season – the ferryman between the cold winter of Ford ownership and the unknown situation of a Chinese spring. Håkan Samuelsson (photo), a Swede, born in 1951, was named CEO of Volvo Cars in October 2012 – after the short and disappointing stint by Stefan Jacoby. Samuelsson has been firmly at the helm since Volvo passed into Geely’s hands in 2010. Now freed of the American pressure that came under Ford ownership, he’s navigating the company towards a positive bottom line. Volvo recently announced that it sold 503,127 cars in 2015, which is the first time in its 89-year history that it’s sold more than half-a-million cars and the first step towards the 800,000 cars per year target for the end of the decade. These results have been obtained under an executive management team in which Swedish predominance is tempered only by the Germans – Thomas Ingenlath, Vice President Design, and Peter Mertens (Research and Development). Not surprisingly, there’s a large presence of Chinese shareholders in the Board of Directors (chaired by the President of Geely, Li Shufu), who act as a conduit between the investors and the company – which is very similar to Tata-owned Jaguar Land Rover. In fact, the Chinese management has demonstrated the utmost respect for the history and expertise of Volvo.

The ‘Thor’s Hammer’ headlights are a real blessing. Having such a strong distinctive element allows more freedom on other fronts.
Thomas Ingenlath, Vice President of Volvo Design

‘Thor’s Hammer’ is the evocative name for Volvo’s signature headlight design, which debuted on the XC90

Obsessive about safety, Volvo has very clear ideas about the developments in autonomous driving. No radical steps, but an evolution and a proliferation of the existing driver assistance systems that could be grouped in an optional package. In short, the customer can choose if he or she wants to equip their Volvo with the capacity of fending for itself in certain situations and conditions (traffic, highway, etc.) and temporarily abdicating the role of driver to the vehicle. The cars interior will then see a profound change because the cockpit will have to be transformed to a comfortable environment in which the driver can relax or work. With the Concept 26 (in the picture above), Volvo focuses on the seats and on the instrument panel and announces its readiness, as a manufacturer, to take full responsibility for whatever goes into the making of an autonomous car.

The sedan is an official image from Volvo, while the station wagon is a rendering. The S90 was revealed in mid-January at the Detroit Motor Show, while the V90 is scheduled to debut in March at the Geneva International Motor Show