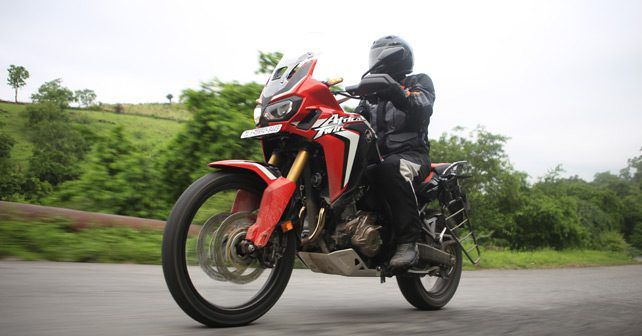 At the crack of dawn, it looked like we still had the company of the night sky and with threatening clouds gathering above us, we all tried to remain calm and keep a check on our enthusiasm as we were all suited up for the first ever Africa Twin media ride in India. As the weather continued to look ominous, Honda Motorcycle & Scooter India had only one thing to say to us, ‘trust the Africa Twin’. After launching the Honda CRF1000L Africa Twin two months ago, we finally got to swing our leg around one of the most capable adventure bikes in the world. We might not be jumping and sliding in Death Valley, but the off beaten roads of Udaipur certainly did promise to let us experience what the Africa Twin is actually capable of.

My first reaction was that it looked like a mid-weight ADV bike, but don’t be fooled by its appearance. It came across like that because of its sleek 18.8 litres tank, compact size of the 999.11cc engine and a narrow but sturdy chassis. As I made myself comfortable on the bike, I realised how easy it is for a 5 feet 9-inch rider to easily put both my feet firmly on the road. Even though the seat height can be adjusted from 840mm-820mm, I didn’t feel the need to reduce the height. As the Africa Twin is only available in automatic dual clutch transmission (DCT) variant in India, it came with quite a few buttons on the handlebar. Thankfully, its display was simple and easy to read, therefore, it wasn’t as overwhelming as the USS Enterprise in Star Trek. 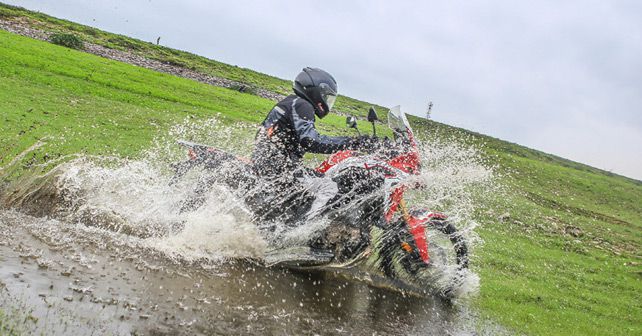 I thumb started the Africa Twin with my right hand and switched to D mode and gently twisted the throttle. To my surprise, the engine responded smoothly with a linear acceleration. Unlike its European rivals, the Africa Twin doesn’t bully you or force you to curb your riding style.  As we snaked our way out of Udaipur, I noticed the DCT in D mode would upshift very quickly and before I knew it, we were cruising in sixth gear. This was slightly annoying initially, but with the gear changing buttons on the left, all I had to do was press the button with the left thumb to downshift. It was really that simple. As the heavens opened up and light showers poured down upon us, I decided to keep the traction control on the third mode - the highest. Being a legendary off-roader, the Africa Twin was also road-friendly even though the 45mm Showa front forks and the rear Pro-Link system set up is more on the softer side to accommodate off-roading terrain. The beauty here is that both the front and the rear suspensions are fully adjustable and can be changed without the use of tools. If you are going to ride in the city more often than not, then it would be better to stiffen the suspension set up a bit. Another thing that impressed me was its cornering behaviour. If you enter a corner too fast, there is no need to panic, just press the brake slightly and let the bike do the rest. The front will stay planted and hold its line, while the ADV bike will reduce its speed in a controlled manner.

Honestly, I can go on and on about the Africa Twin, but it's time to find out how it actually fares on gravel, sand, mud - basically on no roads. The off beaten track was an incline full of gravel and wet sand. While the Africa Twin was rearing to go, I decided to hit the ‘G’ button, which increases the traction and provides phenomenal grip. I also switched to Sport mode as I needed the additional rev power. As we entered the uncharted territory, the DCT would upshift, or downshift in the same manner I would if I was riding a manual bike. It was slightly eerie how the automatic transmission was in sync with my brain. As the off-roading terrain became more hardcore and slushy, I decided to switch off the traction and opt for manual mode. The Africa Twin did give us some liberties by allowing us to rev it higher and touch the 8,000rpm mark, but the DCT did upshift automatically after awhile. 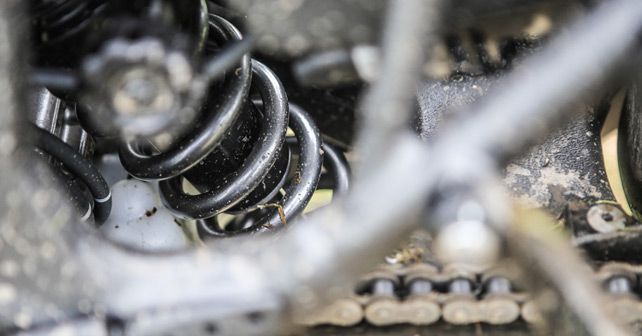 As we kept getting our feet, or rather the Africa Twin dirty, we realised just how much it felt at home. No crater like undulation, rocks and puddle could stop this juggernaut. It became very obvious that the 87bhp motor could plough its way through anything and not let any adversaries hold it back. We decided to take the Africa Twin into a knee deep puddle without knowing that it was actually waist height deep. I must confess I did panic a bit, but then I remembered the wise words from HMSI, ‘Trust the Africa Twin’. I did just that and kept twisting the throttle and before I knew it I was out of the puddle. This just proved how awesome the DCT is and if you ride the bike properly it will never stall on you. What really impressed me when we were off-roading was that the rubber mounted handlebar clamp along with brass damper incorporated in it managed to reduce vibration to a minimal. Even though the Africa Twin had plenty of electronic nannies, the 21-inch tyres with 310mm twin front discs and 18-inch rear with 256mm disc brake did manage to provide a decent grip both off and on the tarmac with plenty of stopping power.

It was time for me to take a break and catch my breath. As I gulped down a Gatorade to quench my thirst and replenish my electrolytes, I realised how the CRF design influence not only makes the Africa Twin look lean, but also very practical to ride on a daily basis. The upright riding position actually lets you ride in city traffic comfortably. The dual LED headlights are in a way a signature design as it takes us back to the past and lets us re-kindle the late 80s’ when the Africa Twin won the Dakar rally many times. As mentioned earlier, there are many buttons on the handlebar, but it’s all about getting used to the functions and the setup. What is brilliant about the DCT is that it lets you focus on your ride and takes care of everything. It just makes life very simple. The automatic transmission comes with three sport riding modes and three traction control modes. Honda also provides the option to switch off rear ABS and without complicating things further, there is an ABS switch on the dash so that one doesn’t have to keep fidgeting around with the settings. According to Honda, with these modes, the Africa Twin offers 80 different riding combinations. This ADV bike is capable of all this thanks to its Up hill/Down hill detection sensor through which the system adapts the gear shift pattern. Among many, two class leading features stand out – the 2.6m turning radius and the impressive 250mm of ground clearance. 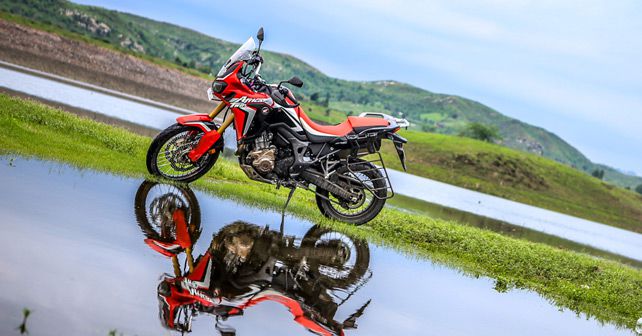 As I sign out from our Africa Twin ride, I can say this without a shadow of a doubt that this is the ADV motorcycle to own as the engine has a well-balanced power range, the ergonomics are spot on, the ride quality is excellent off-road and comfortable on the tarmac. Even though the Africa Twin feels light, it actually weighs 245kgs, which reveals how balanced its weight distribution is. Sure, some may be disappointed that it doesn’t come with ride-by-wire technology and the windscreen isn’t adjustable, but believe you me, this Honda comes with more than enough features to keep you safe and conquer different terrains. And there is only one other thing I would like to add, trust the DCT. Also at Rs 13.06 lakh, ex-showroom Delhi, the Africa Twin is worth paying every lakh, I only wish I had that kind of money lying around.