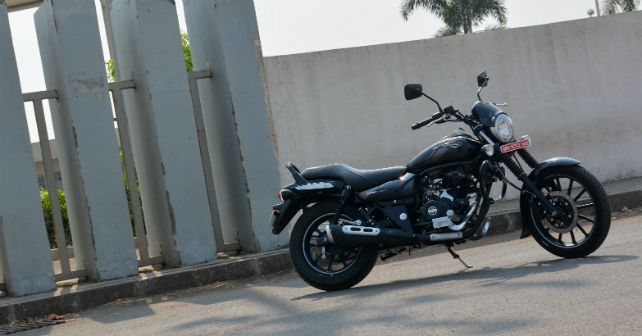 150 makes way for 180 – and, in doing so, Bajaj has bettered the value proposition of its entry-level cruiser.

For over a decade, the Bajaj Avenger remained unchallenged in the 150-200cc cruiser space. But, with the recent launch of the Suzuki Intruder 150, the undisputed reign of the Avenger has finally been challenged. So, to add more value to the Avenger range, Bajaj decided to replace its 150cc Avenger with the new 180. 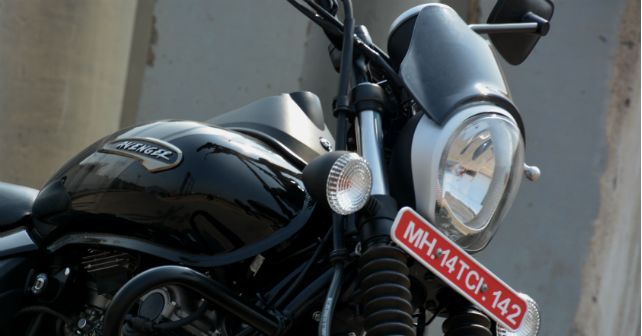 While the overall silhouette of the Avenger 180 remains more or less familiar, it does have its fair share of changes in terms of its design. The round headlight has been replaced a stretched skull-shaped headlight outlined by a matte silver finish, at the bottom which sits an arc-shaped LED DRL. Bajaj has fitted the Avenger 180 with a short windscreen too – while it’s not meant to protect the rider from the wind, it does add some aesthetic value to the bike. Other changes include a redesigned taillight and a new grab rail with an integrated moulding for enhanced pillion comfort. The texture of the seat now has a faux carbon fibre texture, but the seat profile remains more or less unchanged. And, just like before, the Avenger 180 will also be available only in its Street avatar. If you want a bit more chrome on your motorcycle, you’ll have to go for the Bajaj Avenger 220 Cruise. 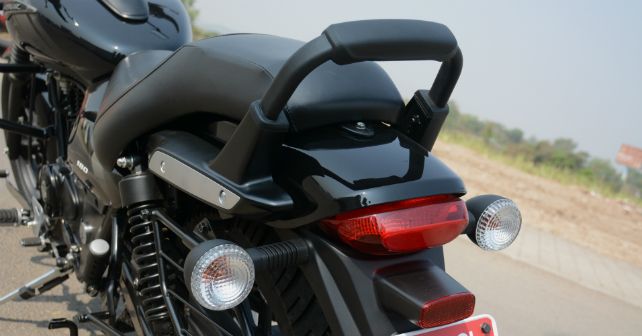 In a time when even commuters are embellished with semi-digital instrumentation, the Avenger 180 Street wears an analogue dial for speed readings – however, it does have a digital display for the odometer and trip meter. According to Bajaj, this allows for a greater differentiation between the 180 and the 220 models. Placed on the tank panel, the fuel gauge and the tell-tale lights require you to take your eyes off the road. However, most of these tell-tale lights are pretty basic, and therefore don’t require frequent inspection. I may appear to be nit-picking, but the absence of the turn-indicator notification on the instrument cluster left me a bit disappointed. My disappointment was further intensified by the loose wires around the handlebar, as they could easily have been neatly tied together with a simple zip tie. 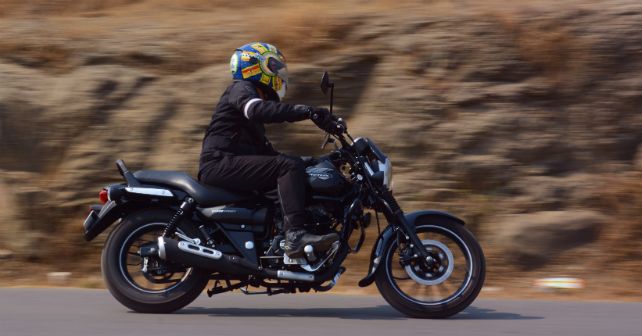 The Avenger 180 borrows its motor from the Pulsar 180, which has been a part of the Bajaj line-up for a while. Over the years, it’s definitely improved in its overall refinement – it no longer has that hoarseness that we had come to expect and has become far more amiable. As far as power and torque figures go, the Avenger 180 makes 15.3bhp and 13.7Nm – marginally lower than the 16.7bhp and 14.2Nm of the Pulsar 180. Bajaj claims to have intentionally retuned the engine to ensure that the Avenger 180 feels relaxed. Power delivery is not aggressive, but the bike does feel rather quick on its heels. A lot of it, of course, can be credited to the meaty mid-range that Bajaj engines are known for. The engine feels reasonably smooth till the 70km/h mark, but past that some vibrations are felt on the foot pegs – which only go up with the increase in velocity. Just like the 150, the 5-speed gearbox of the 180 is also precise and fluid in its shifts. 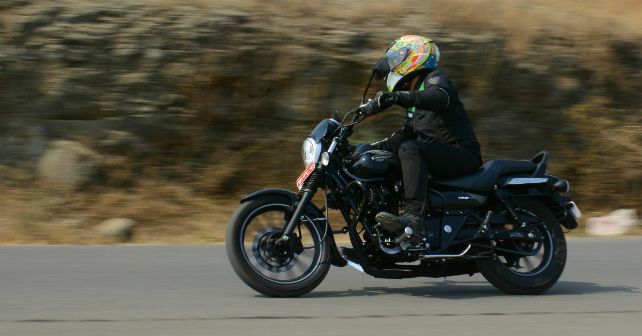 In terms of chassis and suspension setup too, the Avenger 180 is exactly the same as the outgoing model. Riding posture is comfortable, although the narrow handlebar can make you a little cramped while making tight U-turns. One of the most impressive aspects of the Avenger 180 is its ride-handling balance. The bike changes direction quickly, and thanks to the firm suspension setup, it doesn’t quite lose its composure on mid-corner bumps. With that in mind, you’d expect the ride quality to take a hit – but, surprisingly, that’s not the case. Bajaj has increased the travel of the rear suspension by 10mm – a welcome change that offers improved absorption and a better jerk reduction. As far as braking goes, the Avenger 180 only has a front disc brake. Why? Well, according to Bajaj, a rear disc brake is still not in demand by those who buy these motorcycles. That being said, there’s enough bite from the front disc, as well as the rear brakes. 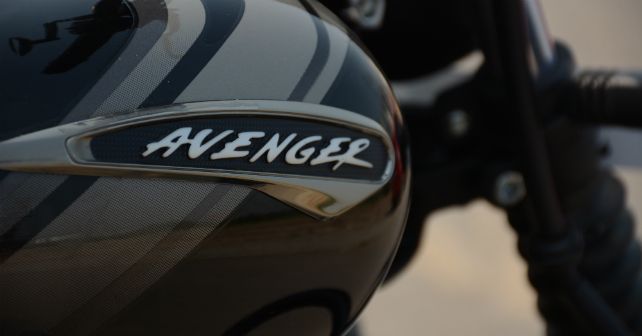 The Avenger 180 has two major downsides – the limited equipment on offer and a vibey motor. But, despite its flaws, you simply can’t ignore the Avenger 180 if you’re in the market for an entry-level cruiser. It rides and handles well and is easy on the pocket to maintain. The minor changes in the design also work it in its favour by keeping things fresh. But most importantly, it uses a formula that Bajaj has truly mastered over the years – performance at an affordable price.

With the Avenger 150 off the shop floor, the Avenger 180 at Rs. 85,498 (ex-showroom Delhi) is the most affordable cruiser in the market – and, at that price point, it’s bound to have its share of takers. 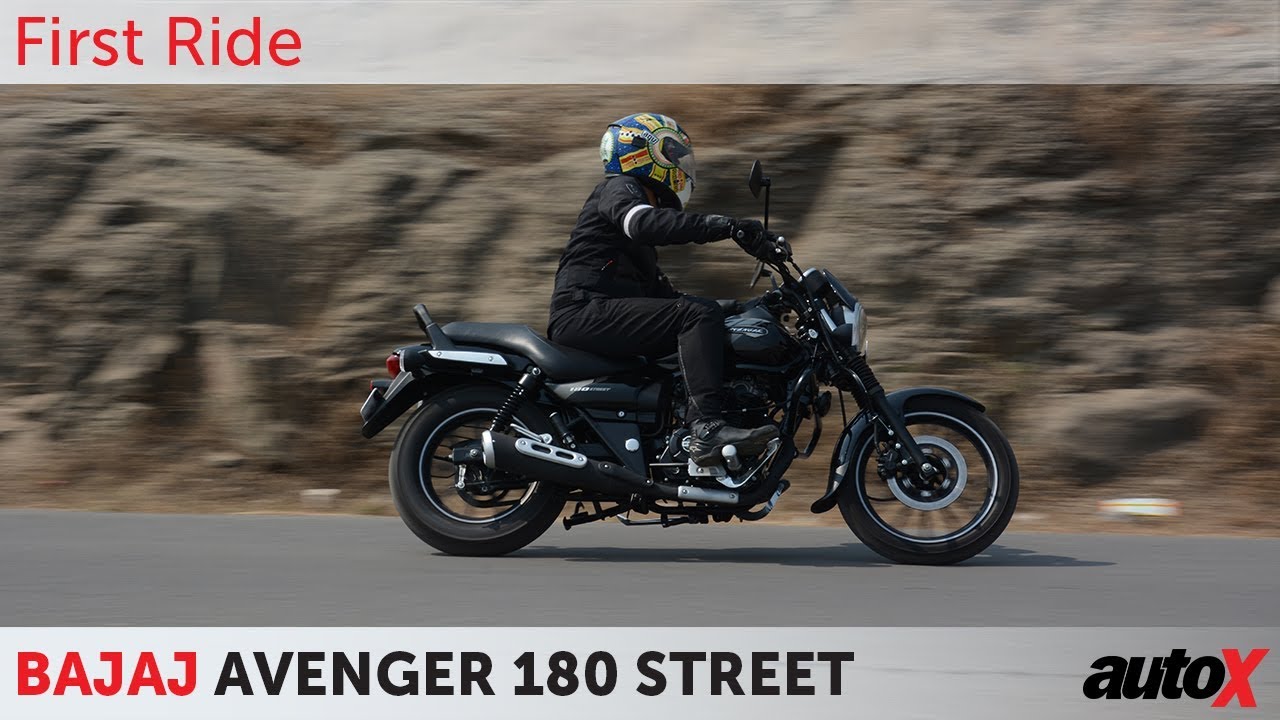