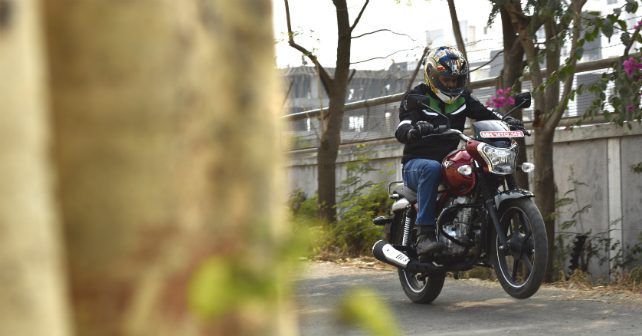 Just like the Pulsar and V15, with the introduction of V12 Bajaj will now have a dual attack approach in the 125cc segment too.

While Bajaj has been wearing the crown in the 150cc segment for a while, they have been struggling to make space in the 125cc class. They tried hard with various iterations of the Discover range but none have come close to challenging the market leader Hero Glamour. Moreover, repeated experimentation to a certain degree stole the consistency that buyers in this segment easily associate with. This time round, Bajaj is determined to do things differently. In light of the success that the V15 has brought, the Chakan-based bike maker has introduced its 125cc iteration – the Bajaj V12. 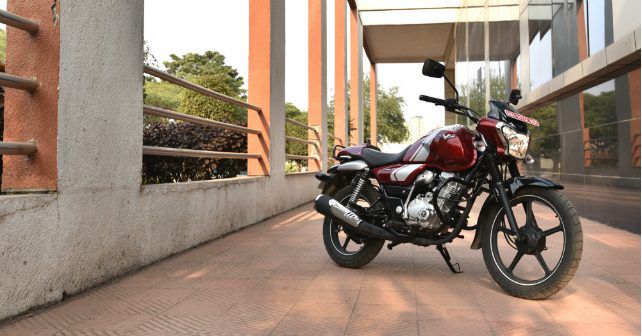 Now, the Bajaj V12 looks identical to its larger displacement sibling, the butterfly headlight, the fuel tank, removable rear cowl as well as the taillight, all look identical to the V15. The addition of the grab rail at the back is a welcome change. Build quality as well as fit and finish levels are impressive, especially considering the price that it comes at. That being said, there are a few areas in which Bajaj has cut costs. The Bajaj V12 gets 30mm front forks instead of the 33mm ones on the V15, headlight bulb is 35/35 instead of a 55/60, and in place of aluminium bits steel has been used on some of its parts. While the V15 comes fitted with 10-spoke alloy wheels, the V12 gets standard 5-spoke ones and they look rather underplayed in comparison to the rest of the design. However, all of this is in comparison to the V15 which sits a segment above. It does lose some points in comparison to competition due to the analogue instrument cluster and the absence of a disc brake. Nevertheless, Bajaj says they might add a disc brake to the Bajaj V12 at a later stage. 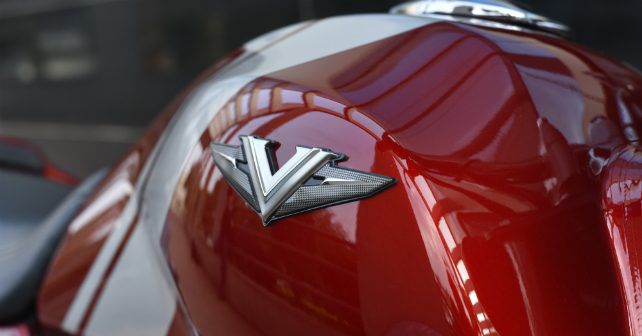 The biggest change from the V15 is at the heart of course. The V12’s 124.45cc single-cylinder unit borrows its block from the Discover but the longer stroke allows it to develop more torque. It makes peak power of 10.5 horses and max torque of 11Nm. While the power figures are on par with its competitors, the Bajaj V12 gains some ground thanks to its torque which is roughly 1Nm more than its rivals. Now it might not seem like a massive gain, but in the overall scheme of things it’s still an advantage of roughly 10 per cent. Number aside, the Bajaj V12 feels strong in its lower and mid-range, which will be highly appreciated while commuting. We loved the ease with which it sits at around 30km/h in the top cog without any knocking whatsoever. The engine feels refined and it pulls in a linear manner right up to 70km/h giving it a very likeable and versatile disposition. Push it a bit further and some vibes are felt on the seat and the handle bar. But let’s not forget that it is a commuter and will possibly not be ridden at such speeds. Buyers in this segment focus more on efficiency than top speed. Bajaj claims that it will return about 55km/l in real-world conditions which is on par with its competition.

While most motorcycles in this segment come mated with a 4-speed gearbox, the Bajaj V12 comes mated to a 5-speed one. The ratios are apt and it doesn’t demand too many shifts while commuting. Clutch action is light, as you’d expect from a 125cc commuter. 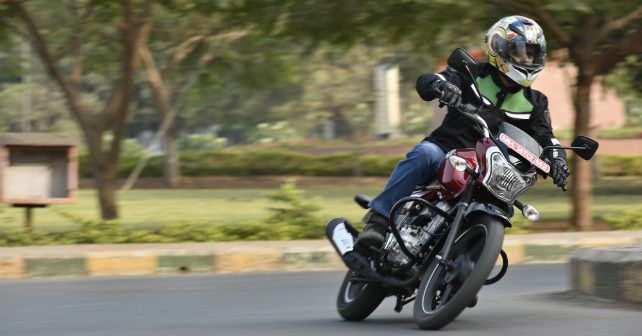 The tall handle bar and the wide seat make for a comfortable seating position even at the back. One of the common grouses with the V15 was its firm suspension setup. Bajaj has taken the feedback and have ensured that the Bajaj V12 is relatively softer. It evens out most rough surfaces and offers a plush ride quality. At the same time, even with a pillion on board, it doesn’t bottom out either. For a bike that is rather softly setup, the V12 does handle quite neutrally. The Bajaj V12 sits on a 2.75x18 tyre up front and a 100/90 section 16-inch rubber at the back. The tyres provide good grip which further inspires confidence while cornering. Braking duties are performed by 130mm drum brakes at the front as well as at the back. While the rear has good bite, we found the front to be a bit too progressive for our liking, something that can be easily taken care of with the addition of a disc brake.

Just like they did with the V15, Bajaj has done almost everything right with the Bajaj V12. It is built well and has a quirky design that makes it stand out in its segment. It is comfortable and rides well too. And at Rs 56, 283 (ex-showroom Delhi) it is priced on par with its competitors too. If that still doesn’t convince a buyer to write that cheque in favour of Bajaj, there is, of course the pride in owning a motorcycle that has its lineage in the legendary INS Vikrant.