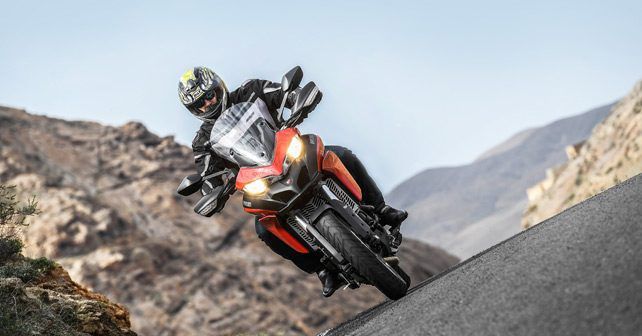 Jared finds out that less is actually more when he rides the brand new Multistrada 950.

How much power is too much? Now that’s not really an easy question to answer, and the answer itself depends on certain circumstances. In most cases, I would say that when you’re riding a motorcycle and you don’t feel confident, or don’t feel in control, then it’s possible that the bike you’re riding has too much power for you. Now, this is just a theory (maybe even a theorem) but not exactly fact. Having said that, I’ve had this discussion with numerous educated riders and they have all more or less agreed with me.

This was also something the engineers at Ducati were explaining to me at the Multistrada 950 International Press Ride in the Canary Islands a few months ago. The smaller Multistrada has been developed to be more ‘accessible’ – a word that many manufacturers are throwing around these days to attract new and first-time customers. Ducati kept on specifying that the new Multistrada was going to be a smaller and more usable bike that offered you the same riding capabilities of the bigger 1200S. That seems sensible enough, especially because, here in India, that’s exactly what we need – more user-friendly superbikes.

Watch any superhero movie and the underlying theme is that with great power comes great responsibility. The same can be said for motorcycles. Riding a big powerful machine will certainly make you feel like a superhero, but you need to be able to manage that power – otherwise your riding experience will be limited by caution and fear. Personally, I really like the Multistrada 1200S, but I must admit that there were times when I felt the that the bike did offer too much in terms of technology and, of course, power. It’s also fairly large, and unless I was on smooth tarmac, I didn’t really feel like I had total control of the bike. The Multistrada 950 is very different though. 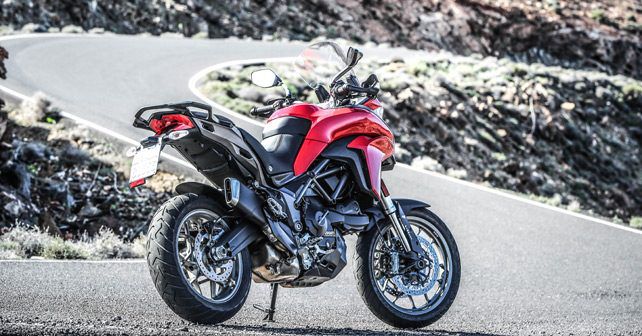 The Multistrada 950 gets a 937cc engine similar to the one in the Hypermotard and Supersport, but with a different intake, airbox, fuelling and exhaust. The frame is identical to the other bigger Multistradas, but it gets a double-sided swingarm and side mounted Sachs rear shock, which is unique to the 950. The suspension is fully adjustable at both ends, but not electronically controlled like in the 1200. I certainly welcome this simplicity. The suspension setup was tuned for comfort, and the front forks felt a little too soft. You can easily adjust them, but even with a stiffer setting the front end would always dive hard under heavy braking. One thing to note is that the 950 is only 5 kilograms lighter than the 1200S, but, because there are no high-tech electronics and the engine has more usability, the bike is certainly more manageable.

We rode the bike on some of the most impeccable roads you could ever imagine, and the bike really impressed us with its handling capabilities. The bike is certainly intuitive and turn-in is easy. The chassis is stable and always stays planted on your chosen cornering line. It’s certainly got a sporty feel to it – as a sports tourer should – and it’s very fun to take on any twisty sections of tarmac. What adds to that fun is knowing that the 90-degree V-twin Desmo engine won’t make you uncomfortable while twisting the throttle all the way when pulling out of corners. The engine is very smooth and revs freely, and it pulls without hesitation from 3,000 rpm. With 113bhp on tap, the power surge is more than adequate, and with 80 percent of the 96Nm peak torque available between 3,500 and 9,500rpm, it’s ready to pull you out of any corner or make any pass. It’s not intimidating, but satisfying – and you feel like you’re always in control of the power.

Just like in the 1200S, there are four riding modes – Sports, Touring, Urban and Enduro – which automatically adjust the power and engine characteristics along with the ABS and traction control. Ducati have also kept the Ducati Safety Pack standard, which consists of the three-way ABS and eight-way traction control.

Aside from the soft suspension, there’s very little to complain about. The bike is as comfortable as the bigger 1200’s. The riding position is suitable for all heights, and there’s plenty of space between the seat and pegs. Its closest competitor is the Triumph Tiger 800, and although the Multistrada 950 is more fun to ride on tarmac, the Tiger is much better suited for off-road use. I wouldn’t think of taking the Multistrada 950 off-road even though it’s got a 19-inch front wheel. However, there are four different accessory packages to choose from including an off-road pack with a skidplate and crash bars.

The Multistrada 950 is certainly more appealing to ride than the 1200. It doesn’t have all the flashy technology, and its power output is lower, but that will only allow you to push it harder and have more fun. It will certainly be more useable in real world conditions, especially in India. It’s a sporty and comfortable bike and can be used for all kinds of riding purposes, except extreme off-road scenarios – but, one thing is for sure, you will always feel comfortable and in control.

X-Factor: Shares all the good qualities of the 1200S but with a less intimidating power spec and price tag.