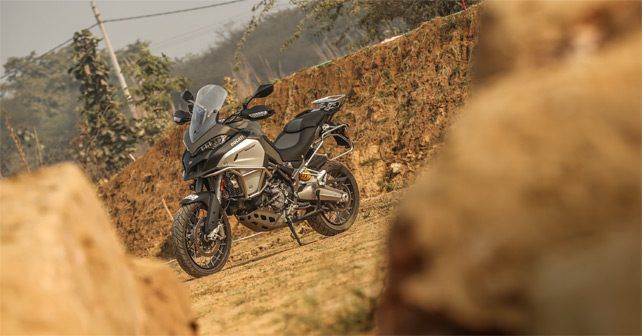 The Multistrada has always been a great sports tourer. And now, with the Enduro, Ducati wants to ensure that you can conquer virtually any terrain. So, we’re back at the Off-road Adventure Zone to see if this Italian beauty is willing to get down and dirty.

I’ve ridden many versions of the Multistrada – the most recent being the 1200S – and I’ve loved all of them. But, despite the many riding modes the bike has on offer, I’ve always felt that it belonged strictly on the tarmac. But now Ducati has launched the Enduro, which has essentially been redesigned and engineered to be more capable off-road. And this means that you won’t feel uneasy when the tarmac ends and dirt trail begins.

The new Multistrada 1200 Enduro has become more off-road friendly thanks to a large number of new parts and technology updates. It’s got an updated suspension, with 30mm more travel and a recalibrated version of the Ducati Skyhook Suspension. The front wheel is also larger at 19-inches, the new handlebar is 50mm taller, the front axle is offset by an additional 16mm, it’s got an increased trail as well as an increased rake angle, and the dual-sided swing-arm is longer and stiffer – which gives it a longer wheelbase. These aren’t minor changes, and Ducati claims that there are a total of 266 new or updated major components. Simply speaking, the Italian bike-maker has done everything it can to make sure that the Enduro is a worthy competitor to the BMW R1200GS Adventure, KTM 1190 Adventure R, and Triumph Tiger Explorer XC. 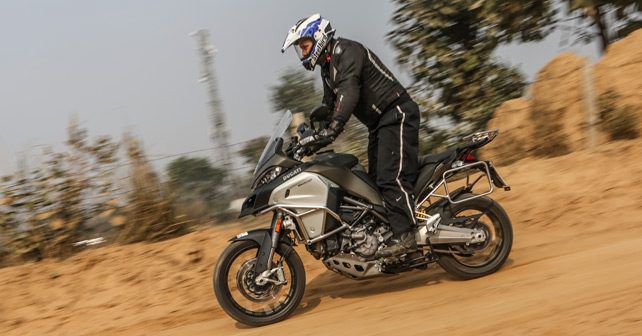 We already know that the Multistrada 1200S is a phenomenal machine on the tarmac, and with its cutting-edge technology and its beautiful 1,198.4cc Testastretta DVT engine, it’s a joy to ride in any situation thanks to the different riding modes. So, our interest in the Enduro is simply to see just what it can do when we show it some challenging terrain. And that’s why we took it to the Off-road Adventure Zone on the outskirts of Delhi to test its mettle.

The first, and most important, thing to know about the Enduro is that it’s a massive motorcycle. The bike weighs 254kgs – and that’s without any added panniers. I’m 6-feet-3-inches tall and even I find this bike to be incredibly imposing. The seat height on the Enduro has also been increased and is non-adjustable – and so many riders may find it to be an arduous task just to saddle up on the bike. However, once you do, the new seating position is very comfortable and is suited for both on-road as well as off-road.

Before I started the obstacle course, I did what any experienced rider would do when riding off-road – I turned off the traction control as well as the wheelie control. I also set the ABS down to Level 1. I did this instead of setting the riding mode to Enduro because I wanted to be able to control the bike myself. I also set the power level to Low, which limits power output to just 100bhp – because no sane person needs 160bhp on dirt. 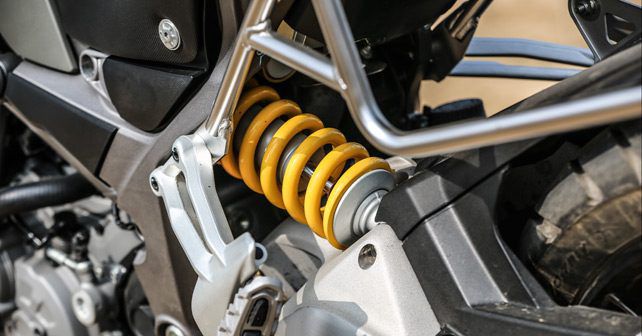 I started off on a simple dirt track and immediately felt a huge difference in the way the Enduro handled compared to the Multistrada. The engine is the same, but it’s been updated with new EFI mapping. The transmission has also been updated, and gets a shorter first gear ratio that makes it easier on tough terrain. Despite its large size, it was easy to ride with good front-end feel. However, without the optional Pirelli Scorpion Rally tyres, there wasn’t enough traction and I felt uneasy turning at high speeds on the dirt.

As I took to the more challenging obstacles, the suspension really impressed and was able to absorb mostly everything – but I was constantly reminded that this is no small dirt bike. You can easily take on most rough patches by standing up on the bike, but on the slower corners – especially if there’s loose dirt – you will need to dab your foot on the ground to keep your balance. But this is easier said than done, because of the tall seat and the heavy overall weight. In fact, I don’t think I would recommend an amateur rider to be too adventurous on the Enduro. The bike certainly is very capable, but to have total control over such a heavy and powerful machine you certainly must be highly confident – and the Enduro can certainly be quite intimidating, especially on stock tyres. And that’s not to mention the fact that it would be an impossible task to lift the bike on your own if you do take a fall.

However, all the changes clearly have made the Enduro an entirely different riding experience – and it didn’t take long for me to realize just how far Ducati had gone toward making a better bike for off-road conditions. Ducati themselves have admitted that the Enduro isn’t an all-out off-roader, instead it’s meant to be a Globetrotter – something that will take you to the ends of the earth, and that too in great comfort. It’s certainly the most adventurous bike to come from Ducati, and if you ever do intend to ride around the world without worrying too much about the terrain you’re likely to encounter, then this is the perfect Ducati for you. 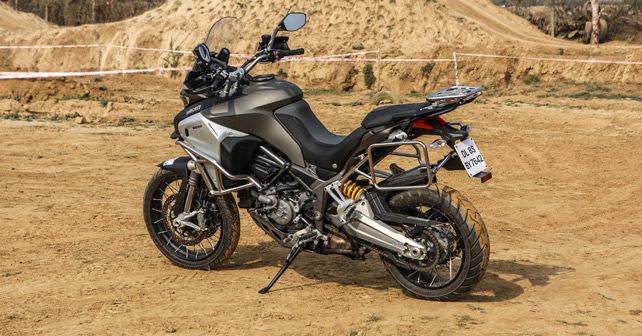