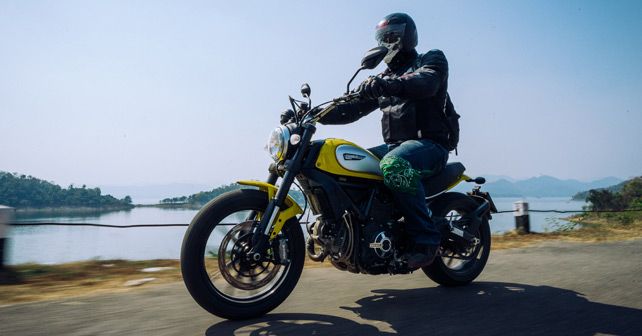 Ducati is making its official entry into the Indian market with the Scrambler. The Italian bike maker has managed to take motorcycling back to its roots with this fun, beautiful and solidly built modern motorcycle with a dose of nostalgia that doesn’t cost the earth. So when we were invited to do our Ducati Scrambler, we didn't know how to react.

The weight of expectations had jostled my emotions ahead of my ride on the Scrambler Ducati. For the last two years, I had been following the story of the resurrection of this iconic motorcycle. And, when its production version was unveiled in Paris last year, it was revealed that the new bike was in fact going to be called the Scrambler Ducati – emphasising the word Scrambler more than the brand Ducati. The global press ride took place in California a couple of months ago, but the legendary Italian bike maker also gathered the Asian automotive media for our very own Ducati Scrambler in Thailand where the bike is assembled.

The hype surrounding the all-new Scrambler Ducati has been immense, and the worldwide reception of the bike has also been incredibly positive. Our very own editor had an ‘awe’ moment when he first laid his eyes on it. But now it was time for me to get up close with the bike. Before we were allowed to see the bike, we were introduced to the designer – Julien Clement. This young man from France is just 26 years old, and interestingly enough this was his first project ever! And, by any yardstick, he’s done a wonderful job. The bike looks incredible. 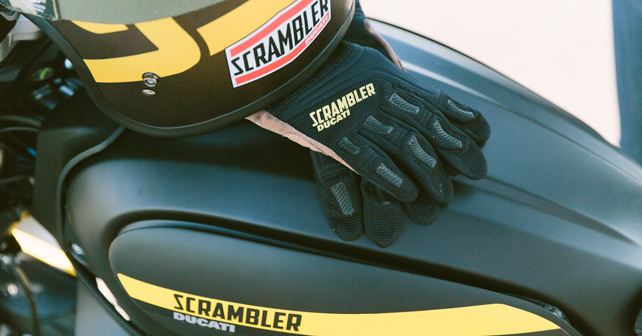 The Scrambler marks a change of direction for the Italians, as it looks nothing like the traditional sharp, edgy and aggressive Ducati sports bikes. It is, in fact, an American bike with a Ducati label on it. Why? Well, because the Scrambler Ducati originated in the ‘land of the free.’ The first Scrambler – Scrambler is the term used for Enduro bikes in the past – were originally created because American riders requested a small, lightweight, go-anywhere bike. It so happened that Berliner Motor Corporation – Ducati’s US importers in the 1960’s – took notice of the demand and requested Ducati to come up with something. So Ducati designed the Scrambler, and it was a roaring success in America – and soon the demand for the bike rose in Europe as well. The bike was affordable, and appealed to a wide range of riders. Today’s Scrambler Ducati is no different, as it is also aimed at younger riders. The bike is available in four different models, and each one with its own purpose. The Scrambler is a classic, but looks nothing like a retro bike. It’s a roadster, enduro, racer, and cruiser, all rolled into one.

According to our Ducati Scrambler, the bike sits low, but it has good ground clearance. It uses modern technology in the form of its engine sourced from the discontinued Monster 796 – and it gets digital dials and LED lights. The high handlebars, long teardrop fuel tank, tank panels, and round headlight are all influenced by the original bike. The tyres are what gives the bike its aggressive nature, and are able to provide good grip on any surface. The long seat, the high front fender and the floating rear fender, along with the large disc brakes, are the modern additions to the Scrambler. It’s quite a good mix of components, and the overall quality is brilliant. 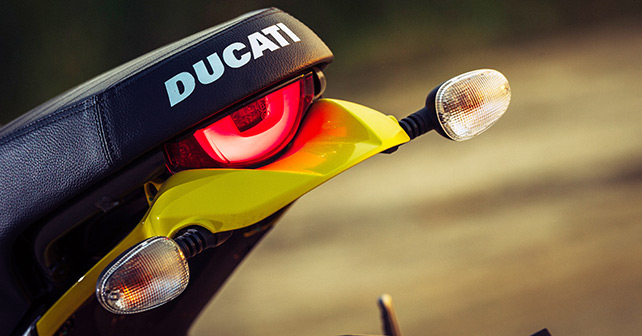 As you get on the bike, the riding position seems wonderful – and it is, but for a tall rider like yours truly, the legroom is not enough. The foot pegs are situated well behind the knees to make it a more aggressive position, but it can become difficult for a rider over six feet tall. The handlebars are really high, but that allows for better handling and easy riding – especially when you need to stand up on off-road trails. The seat isn’t the best either, since there’s no lower back support.

Besides the seat, and the seating position, there was nothing else I could complain about. The L-Twin 803cc engine has been retuned to provide instant torque, and the refinement levels are outstanding. The engine also sounds like it’s from an earlier age. With 75bhp, there’s a lot of power – but the bike accelerates with such ease that you would think the engine produces way more torque than the claimed 68Nm.

The acceleration is not earth-shattering, but it is super fun. The throttle is also very responsive, and with the slightest twist you’re jolted back as the bike powers ahead. There’s no ride-by-wire technology, like other Ducati bikes, but it still has a broad power band. Power is transmitted to the rear-wheel through a 6-speed manual transmission and a chain drive. I managed to touch a top speed of around 170km/h, and even at that speed there’s no vibration at all anywhere on the bike. And, the overall ride quality is fantastic.

The chassis is excellent and very well matched with the engine, which makes the ride easy and allows for confident handling. You can’t adjust the suspension much – just the preload of the rear shock – but the bike handles really well, and is a joy to ride and flick through the bends. Even at low speeds, taking sharp turns is easy. With a weight of 186 kilograms, the bike is really easy to handle and control. Pirelli developed the MT 60 RS tyres specifically for the Scrambler, and they provide good grip on tarmac – even though they are better suited for off-road use. In fact, taking the bike off-road is where the true essence of this bike can be enjoyed. The front and rear suspension use Kayaba inverted forks and a mono shock, and the setup is pretty soft. The ABS system also works well, and the bike has great stopping power.

The Scrambler is a bike that will draw in a whole new type of customer for Ducati. It can do practically anything and go anywhere. Just imagine if Royal Enfield bikes were made by Ducati – that’s where the Scrambler is. The bike is affordable ($8,500 for the base model in the US), and therefore quite accessible. It might even become the best selling Ducati this year. When it comes to India, pricing will be crucial, and if Ducati can kick-start a strong marketing campaign in India – like they’ve done in the global market – then we might be seeing a lot of Scrambler Ducatis. 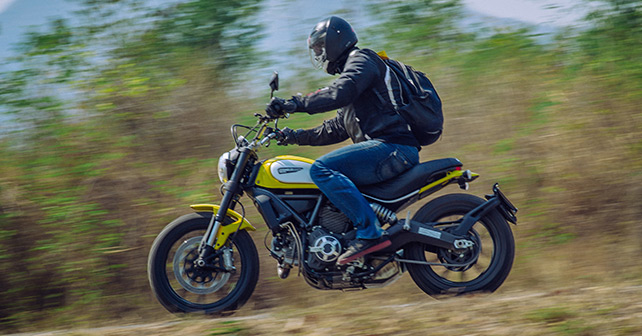