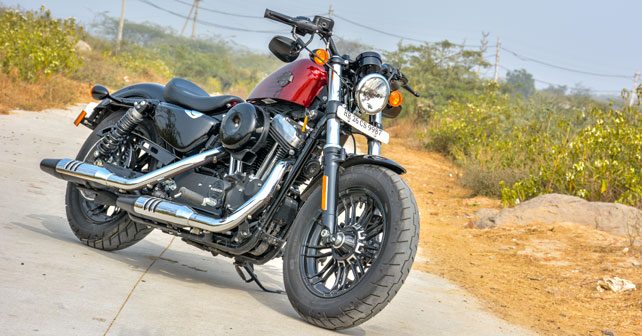 We saddle up on our favorite Harley-Davidson sportster to see if its upgrades have made it better than before.

The Forty Eight is perhaps the most gnarly and bad-ass sportster from Harley-Davidson – and it’s been quite successful globally, as well as in the Indian market. It’s not your everyday Harley though, as it’s unique in its own way. The Forty Eight is small and compact, but its design is so beautiful that it has phenomenal road presence – not to mention the fact that it sounds like a beast. The chunky tyres and the peanut fuel tank, together with its retro detailing, and the dual chrome exhaust placed together on one side of the bike make it look both muscular and sporty.

We first tested the bike in 2011, just as it was launched in the Indian market, and we rode it all across Rajasthan on some phenomenal highways. Unfortunately, we soon realized that the Forty Eight just wasn’t meant to be a laid-back highway cruiser. The fuel tank is a measly 8 litres, and you’ll be lucky to cover just 100 kilometers on a single tank. The riding position isn’t subtle either – or comfortable for that matter – on long rides, since it’s pretty aggressive. Then there are the violent vibrations from the engine, which make a long ride a grueling task. Nope, the Forty Eight is more of a city bike that will take you from point A to point B in style and offer you loads of fun. 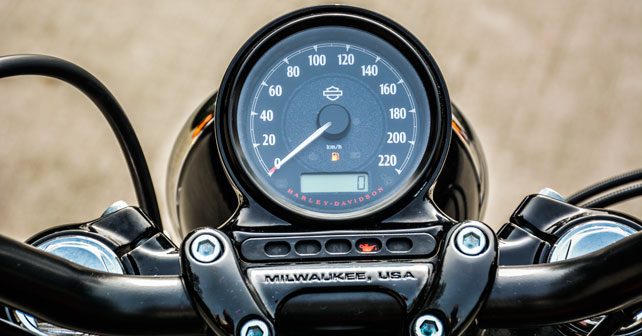 The bike sits very low to the ground, and so do the handlebars. So, when you’re seated in the saddle, you’re actually leaning forward. The engine is also wonderfully tuned and offers 96Nm of torque from its 1,202cc V-twin. And it pulls forward with a massive thrust of power. The throttle response is so quick, and the bike accelerates with such ease, that you find yourself holding on extra tight so you don’t get blown off the seat.

So what are the upgrades to this Forty Eight? Well, there aren’t many. The design is untouched, except for some added chrome and the use of cast wheels over the spokes in previous models. The engine and transmission are the same, and so are much of the other mechanical components. What has changed slightly is the riding dynamics of the bike. The biggest change is the new suspension, which includes wider front forks that are now 43mm – very big for this segment (they’re still standard telescopic forks though). The suspension felt like it had significantly more travel than before, but according to the numbers they’re actually the same as the previous model. The rake angle has also been decreased, and the handling has been affected in a positive way. So you can now make sharp turns and U-turns more easily.

Many customers around the world weren’t too happy with the super stiff suspension, and so Harley-Davidson decided to change that. In fact, the entire Sportster range of bikes have undergone a similar change to the suspension. The Forty Eight does feel like its suspension has improved a bit, but for our Indian roads – especially the city – it’s still a tad too stiff.

The seat of the bike has also been changed, and is now much softer with better padding. Together, with the better suspension, the new Forty Eight is definitely a bit more comfortable to ride. But it’s still not going to be a fun highway cruiser – the city is where it works best. It’s still a mighty fun bike to ride, and is quite affordable. So, if you’re looking for a Harley that’s raw American muscle, tough, stylish and still relatively practical for the city, this updated Forty Eight will certainly interest you. 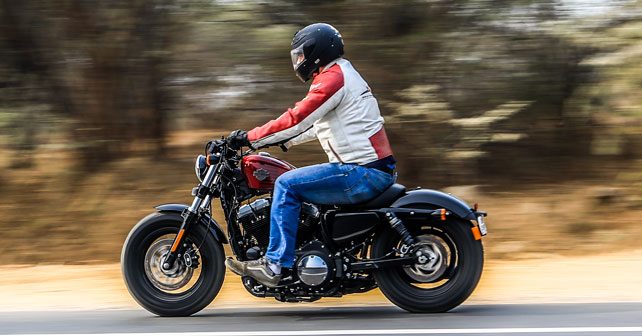