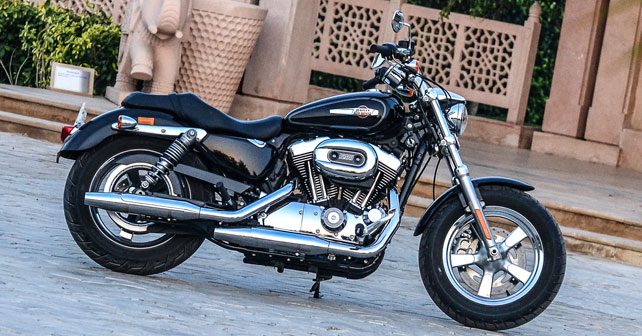 Another Sportster is added to the Harley-Davidson line-up in India, and Jared feels that this could be the best one yet.

I’m no stranger to the Harley-Davidson Sportster, and the first time I rode one was no short ride in the park either. Back in 2005, I rode a custom built ‘98 Sportster from New York all the way to Los Angeles. So it’s safe to say that I had a lot of saddle time on the Sportster.

What I love about Sportsters, apart from their great looks, is their agility and ease of riding – especially in the city. And that’s probably why, out of all the Harley’s in India, the Forty-Eight has always been my favourite. The narrow frame, drop-dead gorgeous looks and muscular design, as well as the engine sound of the Sportsters is most appealing and best suited to our roads. And now Harley-Davidson has launched the 1200 Custom in India, and it might just be my new favourite Harley. 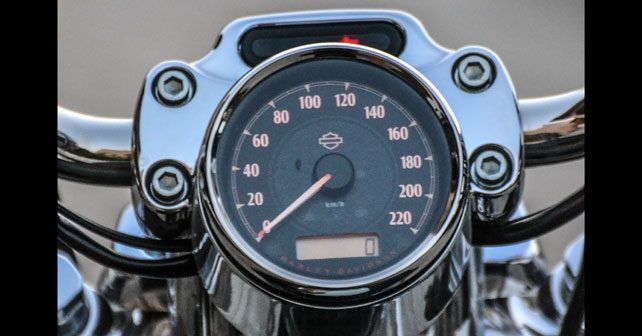 The Sportster range and design has been around since 1957, and it’s certainly changed the way motorcycles were designed in America. In fact, the 45-degree V-Twin engine is still the heart of most motorcycles. The new Evolution engine series was introduced in 1986, and engine capacity was increased to 1,200cc in 1988 – the 1200 Custom model was introduced later, in 1996. Not much has changed in the overall design of the 1200 Custom, and it still features a narrow frame, a jewel-like fuel tank, five-spoke chrome wheels, a powerful and muscular front-end, and that rumbling V-Twin.

When I first saw the new 1200 Custom at the India launch in Rajasthan, I was immediately awe-struck. The overall design is fascinating, and the chrome detailing is overwhelming – because there is just soo much of it. Even though the 1200 Custom is brand new in India, there are improvements made to the bike over the previous generation model including LED taillights, a new electrical system, a closed loop exhaust system, and Michelin Scorcher Tires. For added comfort and better ergonomics, the bike also gets a new seat, new pullback handlebar, and forward mounted controls to provide a wide open and comfortable feel. And, obviously, the bike can be made custom just for you.

We only got to ride the 1200 Custom for a very short while, but for what it’s worth, I was very impressed with the bike. The riding position is very natural and comfortable. Your arms are not stretched too far out and the foot pegs are placed well in front of you, providing plenty of legroom. You can also easily handle the bike at both slow and fast speeds, because you’re comfortable on the bike. It’s a much more comfortable seating position than the Forty-Eight and the Iron, which seem to be more aggressive and compact. The seat itself is more comfortable, as it’s bigger and has better padding.

The engine is the same 1,200cc V-Twin air-cooled unit that’s found in the Forty-Eight, and it’s a fantastic engine – which has been the power centre of the Sportster for over 25 years. The engine provides great thrusts of power, and you feel the surge of brute torque that accompanies every twist of the throttle. The bike feels like a proper American motorcycle, and I don’t mind the slight vibrations and overall mechanical feel of the bike – because too much refinement on Sportsters makes the ride jaded and uninvolving.

It really is comfortable on the highway, and the ride quality is very good. You can cruise at 150km/h easily without feeling much stress on the engine or hearing any unwanted sounds from the bike. But the highway is the only road environment we got to ride on. I would have loved to ride the bike in a more urban setting, but I do think it would be just as comfortable and enjoyable to ride in the city too. The bike handles really well – and, of course, because it’s a Sportster it gets a cartridge style front fork and a pre-load adjustable twin shock at the rear. Harley also includes a preload spanner in the toolkit, which you can find under the seat. But still, no matter what you do, the suspension is on the stiff side – so bumpy roads are never going to be a breeze.

The 1200 Custom will sit between the Iron 883 and the Forty-Eight, but I do feel that the bike offers the best overall riding experience. Together with its powerful engine and its light weight and nimbleness, not to mention comfort levels, the 1200 Custom combines all the agility and kick of a Sportster model with the big, aggressive attitude of a custom cruiser. Yes, this one is my new favourite Harley-Davidson! 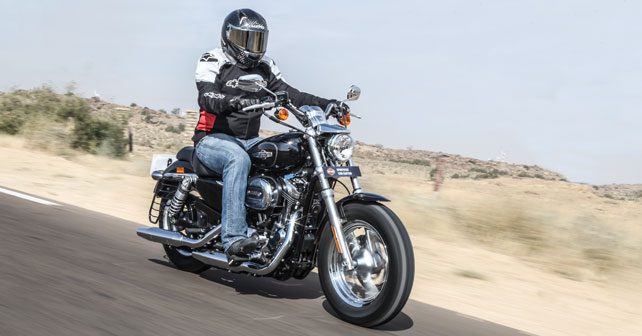