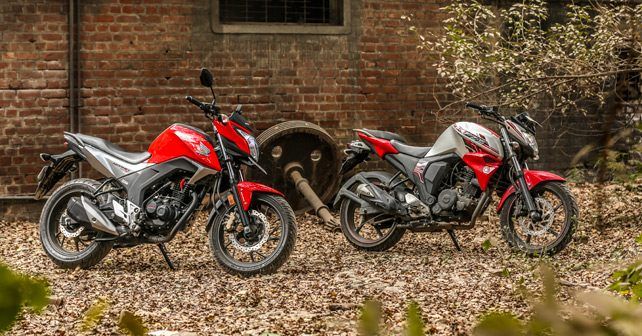 For years, the Yamaha FZ-S has been the nicest looking and best performing machine in the 150cc segment, but now there’s a new kid in town – and it’s threatening to unseat the thus far unchallenged King of the segment.

One of my favourite movies of all time is Zoolander. If you haven’t seen it, then you’re missing out on one of the most hilarious movies ever – where Hollywood stars Ben Stiller and Owen Wilson mercilessly make fun of the fashion and modelling industry. Stiller plays an older model that who has won every award for years, but he suddenly loses his popularity when a new and younger model, played by Wilson, comes in and steals his thunder. I don’t know why, but that plotline just reminded me of these two motorcycles – the Yamaha FZ-S and the Honda CB Hornet 160. 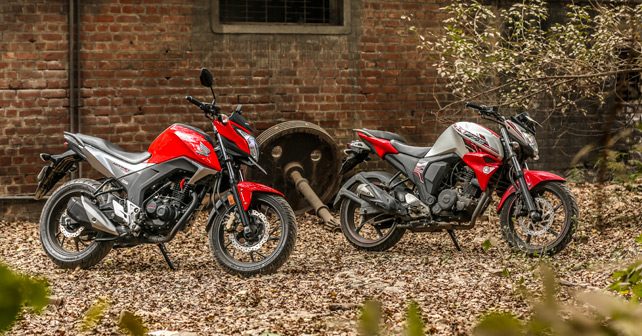 You see, for years now the Yamaha FZ-S – which is now the FZ-S Version 2.0 – has been the best looking and best performing 150cc motorcycle in the country. In fact, the FZ-S was the pioneer of good looking small capacity naked bikes. Since it was introduced in 2008, there hasn’t been a need for a major update – and there hasn’t been a new motorcycle in that segment which comes close to it in terms of its contemporary and aggressive design. Until now!

Honda launched the CB Hornet 160 in December 2015, and the bike certainly looks very special. The Hornet is longer and wider than the FZ-S, but it has a shorter wheelbase. The silhouette, or profile, of both bikes are almost identical – but the Honda just looks a little more stylish. The headlights of both bikes are virtually identical, and the mid-section and exhausts are also similar. But it’s the attention to detail in the Hornet that makes it stand out just a little bit more. First of all, the rear tyre is a little bigger than in the FZ-S, and the fuel tank gets large side fairings that make the body of the bike seem bigger. Then there is the ‘X’ shaped LED taillight, and the intelligently designed ‘sari’ guard, which actually looks good – I’m not kidding. 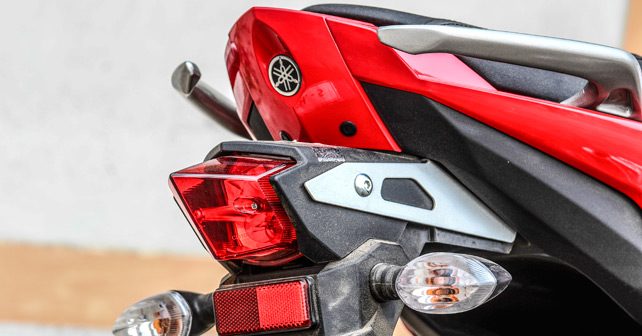 Another interesting styling feature is that Honda has a very short mud guard on the rear tyre, so you get to see the entire tyre – and this adds to the sportiness of the bike. They’ve also fitted a longer mud flap under the taillight. The top-end variant we had gets rear disc brakes, which are absent in the FZ-S. Then the handlebars are shorter and little higher – very similar to the handlebars you would find on those ‘monkey bikes’ that Honda is famous for. Finally, it seems that the Honda makes better use of its components and has slightly better build quality.

So, the Hornet is definitely the new style king in the market, but does it also perform better? Well, the short answer is no. While the Hornet gets a larger capacity engine, in the form of an air-cooled 162.7cc unit with 15.5bhp and 14.7Nm, it doesn’t perform better than the 149cc air-cooled unit in the Yamaha. The FZ-S, although has a lower power output of 13bhp and 12.8Nm of torque, still feels more refined and even sounds better. Surprisingly, the initial acceleration of both bikes is roughly the same. You begin to feel the additional power in the Hornet once you’re past 50km/h in third gear with the throttle pulled all the way down, and then of course it pulls ahead of the FZ-S. The Hornet just has a little bit more power, while the FZ-S is smoother. But there are other aspects where the Hornet just doesn’t feel as good as the Yamaha. 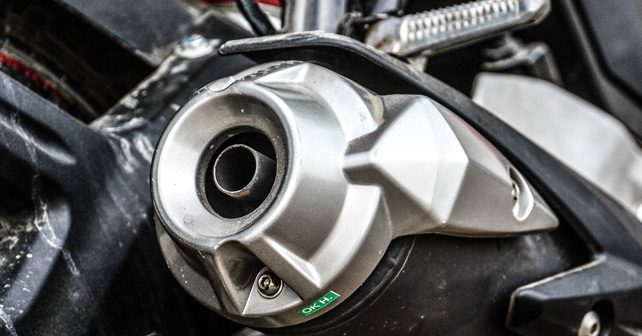 The clutch is too light in the Hornet, and the handlebars are much closer to your body. Overall, it’s a much more aggressive riding position with the foot pegs are also placed further behind your knees. It feels a little cramped and takes getting used to. Then the transmission doesn’t feel like it’s built as well as in the Yamaha. In the FZ-S, gear changes are crisp and clean – but the Hornet doesn’t feel as precise, and the foot lever on our test bike seemed a little loose. Both bikes use a telescopic and monoshock suspension, but the FZ-Z absorbs surface change better. The FZ-S is also 10 kilograms lighter, and because the riding position is more relaxed you can handle it better in traffic – I noticed that it’s especially easier to make U-turns in the FZ-S. The brakes in the Honda are a bit better though, but you need to press down with some force. 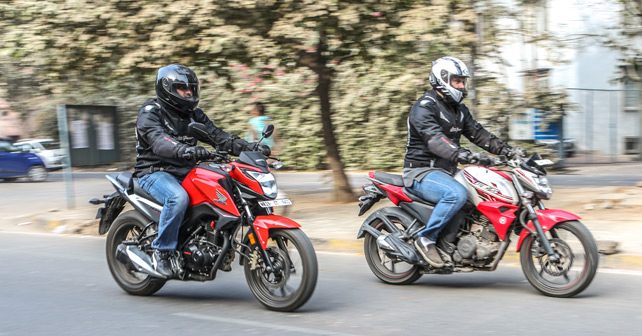 On the whole, the FZ-S still feels like a better overall machine – it just lacks the top-end power that the Hornet has. It’s more comfortable and easier to handle with a better ride quality. But the Hornet looks new and fresh, and it’s just as aggressive as the FZ-S. So just like in the movie Zoolander, there’s no winner. In the end, both the male models become best friends.