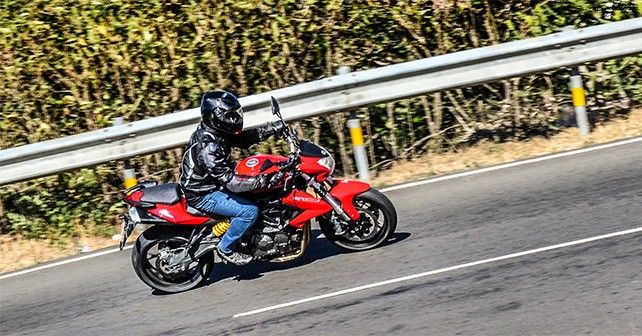 The Benelli BN 600i leaves you star struck, while the Kawasaki ER-6n is the most practical mid-range bike in the country. We take them out for a spin in the hills to find out if Italian flair can sway the Japanese giant.

The new year is a time when most people shrug off the end-of-holiday blues, and get back to work. As for us, we decided to greet 2015 by taking a ride through the winding roads of the Western Ghats.

Our two mean machines were the Benelli BN 600i and the Kawasaki ER-6n. The former is an Italian bike maker that now has Chinese masters, and is soon going to launch five motorcycles in the Indian market. DSK, the company bringing Benelli to India, promises that price will be their USP – apart from styling of course.

Since the launch is still some time away, we decided to find out how this mid-range Benelli fares on our roads. And to make things more interesting, we decided to bring along the mighty ER-6n to see if Kawasaki should be worried about the new kid on the block.

The Benelli 600i captivates you with its sensational design. The company might be owned by the Chinese, but it retains the bold looks that would make even Ducati proud. This naked bike’s headlamp is the dullest feature, as it comes across as being quite ordinary.

What stands out is its exposed trellis body frame, the muscular swing arm and side decals, which beautifully balance its aggressive and chiselled looks to perfection. And its style quotient doesn’t end here, as it houses twin exhausts beneath the seat, and the mono shock is neatly tucked in the side. It can also be easily adjusted to improve comfort. All told, the 600i is easily the best looking mid-range bike in India at the moment. The split seat, meanwhile, is masterfully sculpted to improve rider comfort. As a result it provides some lower back support, which is very helpful as the 600i has an aggressive riding stance. 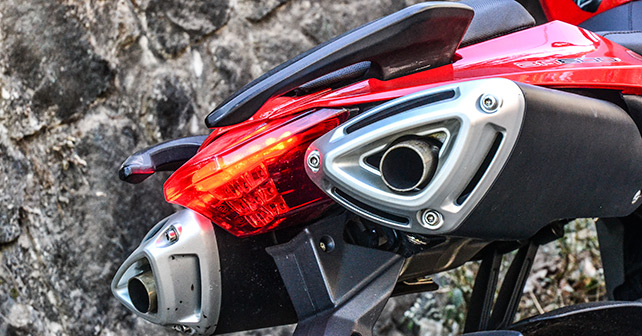 The Kawasaki ER-6n, on the other hand, is a meaty street bike that – unfortunately – looks a lot like the Bajaj Pulsar. Its simplicity and all-black look completely camouflages whatever contours the fuel tank has to offer. As it’s also a naked bike, its exposed engine brings out its brawny character – though the broad, yet effective, headlamp looks a bit out of place.

The only coloured item in this bike is the red coil running around the single side-mounted shock absorber. Kawasaki has smartly designed the silencer underneath the engine, which looks amazing, but one needs to be careful when approaching a high speed-breaker as there’s a real risk of bottoming out. The ER-6n may be a plain Jane, but its riding stance is a lot straighter and, therefore, it’s the more practical of the two.

Push the ignition button, and the 600i welcomes you with a beautiful exhaust note – which only gets better and more distinctive as you rev it higher. It’s powered by a four-stroke, four-cylinder engine – a first in this segment in India. This basically means that this liquid-cooled engine has twice the number of cylinders as the ER-6n. Does this give the Benelli a clear-cut advantage? Well, let’s find out.

Twist the throttle, and it’s a little disappointing really – as the response isn’t as instantaneous as you would have imagined. The 80.9 ponies tend to be lazy at low rpm, so you need to put in a little more effort in slow-moving traffic conditions. This also means the 208kgs bike begins to feel its weight at low speeds. Once it hits the mid range though, the Benelli is a completely different beast – and it’s keen to cross the three-digit mark. As long as you don’t go below the 5,000rpm mark, the 600i is happy to sprint along. It remains steady at high speed, and never lets you second-guess the bike’s capabilities. 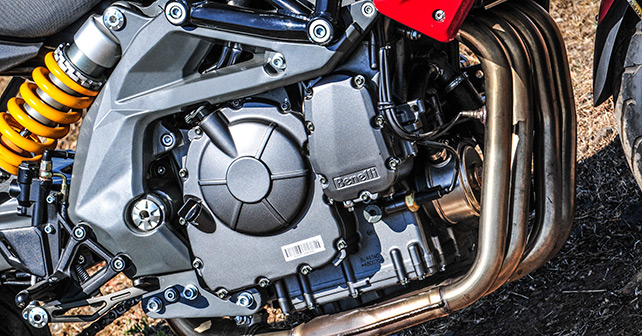 The Benelli surprised us in the twisties, as it entered its comfort zone. But it does require some effort to ride the bike hard in corners. Plus, the six-speed gearbox feels notchy, so it does require a fair amount of effort to change gears.

The ER-6n is lower in height than the 600i, and is more suited for us Indians. Though the Kawasaki is just 4kgs lighter than the Benelli, it feels featherweight in comparison – and the slightest effort is enough to make it sweep across curves. The 649cc engine pumps out 71bhp – 10bhp less than the Benelli – but it definitely feels more agile, especially with its instant response.

The ER-6n is consistent in its performance, and never once asks for a breather. It handles brilliantly in slow traffic and has enough power to propel you beyond 200km/h, which it does if coaxed. Moreover, the smooth transmission – with gear ratios that are perfect for both city and highway riding – mean that the Kawasaki is effortless to ride.

The Benelli BN 600i is a gorgeous motorcycle, and we were forced to stop many times so that people could ask us when it’ll be launched. It’s certainly a crowd puller, and makes you feel like a million dollars. This also demonstrates that DSK has been working very hard to ensure that people are aware of the Benelli brand before their bikes hit the market. The build quality and fit-and-finish is commendable, though the ride is slightly firm. The aggressive riding stance, coupled with a throttle that requires a fair bit of work, means that the 600i can be a little taxing to ride. Nevertheless, it’s still a bike that grows on you. If Benelli get the pricing right, it could be a tempting buy.

But until we know the value proposition that Benelli brings to the table, the ER-6n is still the bike to beat in this segment. It has instant power, amazing manoeuvrability, a comfortable riding stance, and great build quality. What it lacks is the oomph factor. It’s a bike that’s easily lost in the crowd. But if you’re going to be riding everyday, the Kawasaki ER-6n is the kind of all-rounder that you want – it’s brilliant in the city, fast on the highway, and fun in the hills. Now if only it looked a little better… 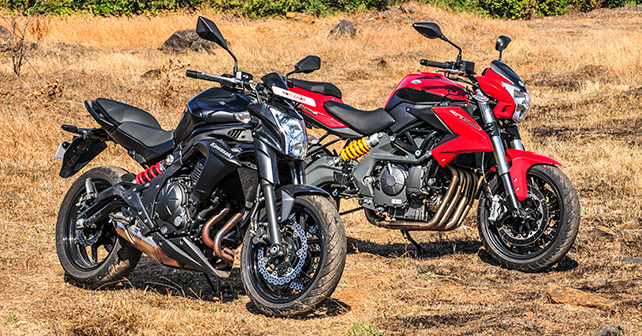 Price: Not yet announced