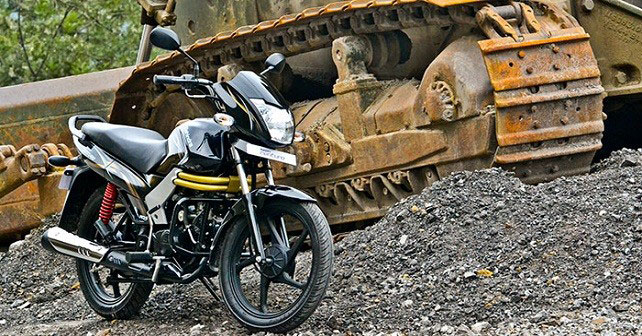 Mahindra’s R&D gets it right this time and gives its entry level motorbike a strong makeover; and with some features never before seen in this segment. So here we are with our Mahindra Centuro to know if its truly unique in its segment.

One of the most important processes in car and bike manufacturing is Research and Development, and over the years we have seen most Indian companies struggle in this department. Fortunately, Mahindra is staying ahead of the game, and their R&D chaps have been seriously hard at work coming out with some pretty innovative stuff for the entry level Indian bike segment. The new Centuro is the perfect example of this. The 110cc bike from Mahindra 2 Wheelers has gone under the knife and has received some fresh updates to make it a very strong product. So we decided to do a Mahindra Centuro to know what it is all about.

We got our hands on the new Mahindra Centuro just before it was launched, because Mahindra 2 Wheelers was excited to show us their latest offering. The first thing we noticed about the new Mahindra Centuro is that it has got a completely new look. It has borrowed a similar design approach from the Mojo motorcycle – yet to be launched – which includes two gold bars that wrap around the front section of the frame just underneath the fuel tank. It is a unique concept and will definitely make the bike stand out from other 110cc models. The next feature we noticed is that the Centuro now sports a fully digital instrument cluster and it comes with more features including a programmed service indicator and distance to empty fuel calculator, the first for any 110cc bike in India. 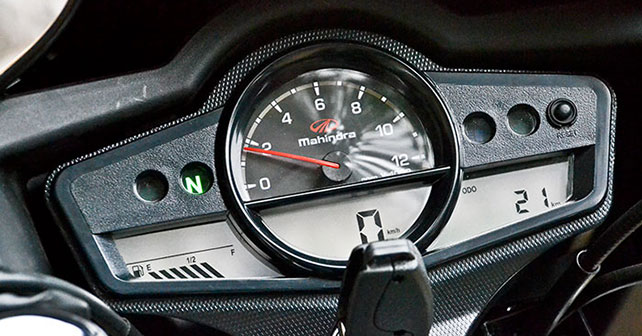 We were quite surprised because the key for the Centuro is a remote flip key, which uses a Remote-96-bit encrypted system. This feature is not found on any other bike from any segment. It is very similar to a car key and it can be used to locate the bike, thanks to the Find-me headlamps and the Guide lamps. It also acts as an Engine Immobiliser and a central locking anti-theft system. Interestingly enough the key also has a torch facility so you can use it at night if you need to find something. Other features on the Mahindra Centuro include LED tail and pilot lamps to assure the best visibility.

The Mahindra Centuro has also had its 106.7cc engine tuned a little bit. The engine was completely developed by Mahindra and it delivers 8.5bhp and 8.5Nm of peak torque. The engine refinement has also definitely been improved. The throttle response is very good and the engine just feels right. There is no harsh vibration and the power delivery is smooth and linear. We rode the bike on the foothills of the mountains and even while going uphill, the Centuro calmly climbed up the roads and delivered enough power. The 4-speed gearbox was very smooth and gear changes were super easy and comfortable. The mid-range torque from the engine was fantastic, which kept downshifting to a minimum allowing for a relaxed ride. Even the riding position is very nice and the seat and ergonomics was spot. 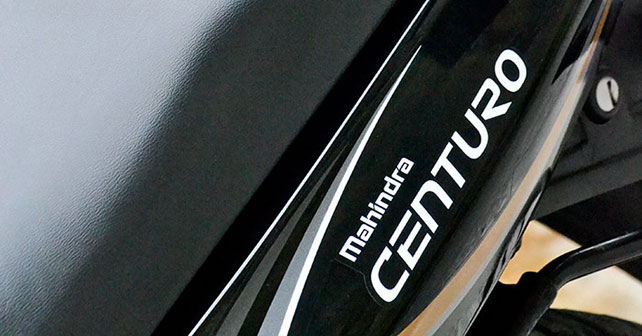 The Mahindra Centuro also has a good ground clearance at 173mm and the rider sits at 800mm, which is nice and high. The bike balance was also very good and it is easily maneuverable around corners and sharp turns. We didn’t get to ride the bike in traffic, but since it is light, comfortable, and easy to handle, we can only imagine that this will be a fantastic commuter bike.

With the features that the Mahindra Centuro offers and the newly refined engine, it is sure to make an impact in the market. Mahindra needs to make sure they market the bike well and price it competitively or they will lose significant ground. Either way, the Centuro is proof enough that the company is moving ahead and seriously focusing their strengths on the two-wheeler segment. They can be a force to reckon with if they play their cards right. 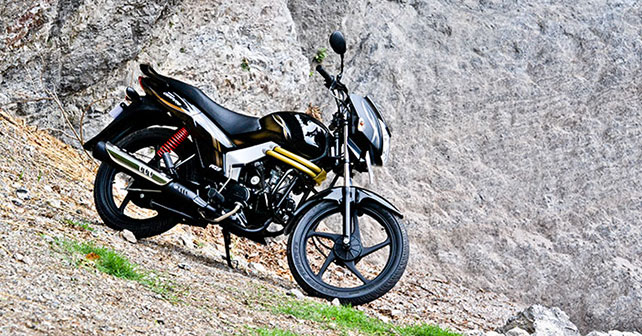