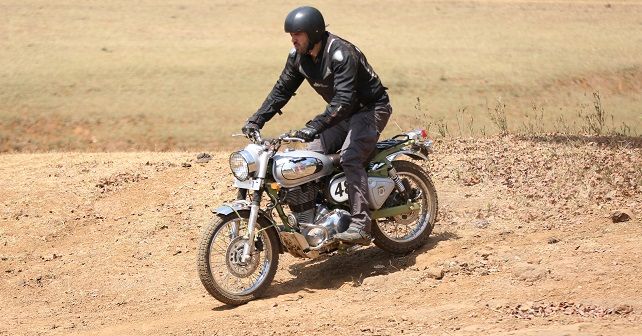 Royal Enfield has been on a bit of a streak lately. With the launch of their new 650 twins still fresh in everyone’s minds, here’s another new model from RE – a ‘Trials’ version of the legendary Bullet.

It’s only been a few months since the launch of the brilliant new 650 Twins from RE, and they seem to be doing very well in terms of gaining global recognition. The world appears to have fallen in love with the Interceptor 650 and the GT, making the RE brand stronger than ever. But RE, it seems, has bigger plans, and so, without wasting any time, the oldest bike manufacturer in the world has just launched another model – the Royal Enfield Bullet Trials 500.

We were invited to take part in a ‘trials race’ on their brand-new Bullet Trials motorcycle. A ‘trials race’ is basically a race where the rider must complete a course ridden with obstacles without putting his or her feet on the ground. It doesn’t seem that daunting actually – until you do it yourself that is, as I quickly found out. The Trials edition of the Bullet is essentially a new model that pays homage to RE’s legacy of winning trials races.

What’s new?
Well, this Trials model is essentially still a Bullet 500. It’s based on the legendary Bullet, but with a few design changes. The bike we rode had a bunch of accessories on it. The stock bike only gets a few noticeable design changes. It has an upswept exhaust, new knobby tyres, designed especially for this bike and a new subframe. The entire frame of the Royal Enfield

Royal Enfield Bullet 500 is painted green, while that of the 350 is painted red. The rear mudguard is raised up, and there’s a brace on the front mudguard. The fuel tank is chrome with old-school RE badging. There are also rubber protectors on the front suspension. Everything else is exactly the same as the Bullet. There’s also only a single seat option available, with a luggage rack behind it.

The accessories we had on our test bike included an engine guard and sump guard, a headlight protector, a racing number and padding on the handlebar. The engine is also the same 499cc single-cylinder unit, with 27bhp and 41Nm of torque.

How does it ride?
Again, it’s still a Bullet, and it rides exactly like one. Of course, it borrows a lot from the Bullet, including the rear springs and front forks, the seating position, engine and transmission and ergonomics. Overall, it’s a comfortable ride that’s suitable for all riders. If you want to stand up, though, it can be a bit awkward, especially for taller riders – something that significantly affected my trials scoring during the race.

The engine still thumps pretty nicely and has a nice torquey punch. The throttle, though, is a bit lazy, but you get nice power delivery at the low-end. For off-road riding, the bike is quite nice, as you would expect, but there are still a few quality issues and the overall design could do with few more tweaks. The rear brake pedal is quite low and is attached under the exhaust, which makes it scrape during off-road riding. It still is a fun bike to ride though. We rode it for an entire day on some very challenging terrain, and the bike handled and performed admirably. 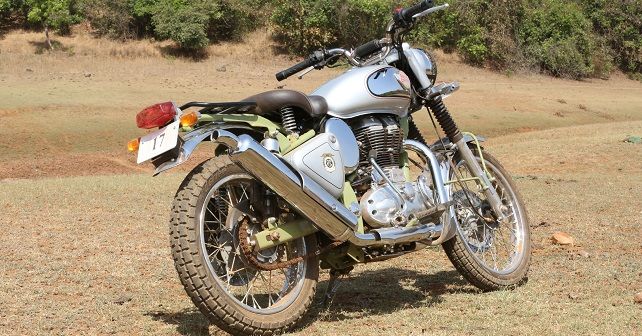 Should you buy it?
If you’re an off-road enthusiast, the Bullet Trials is an affordable option that offers plenty of fun. What I really like about the bike is the way it looks, which is simply unique. And if you’re a fan of classic designs, then it would be impossible for you to not like it. The available accessories, of course, make it look even better.

The stock Trails version of the Royal Enfield Bullet 500 is priced at `2.07 lakh, and adding the accessories you see here would cost you another 10 –15 grand. The 350 is priced at `1.64 lakh. It looks exactly the same, except for the colour and performs very well off-road too. Of course, it does have a few quality concerns – this bike is nowhere close to the 650 Twins. But, overall, it’s an affordable, good-looking machine that you can take anywhere without any fuss. If you’re a serious off-roader, however, you might want to opt for the Himalayan or spend a little more money on something a little more hardcore.

X-Factor: A unique Bullet that looks like a custom bike. 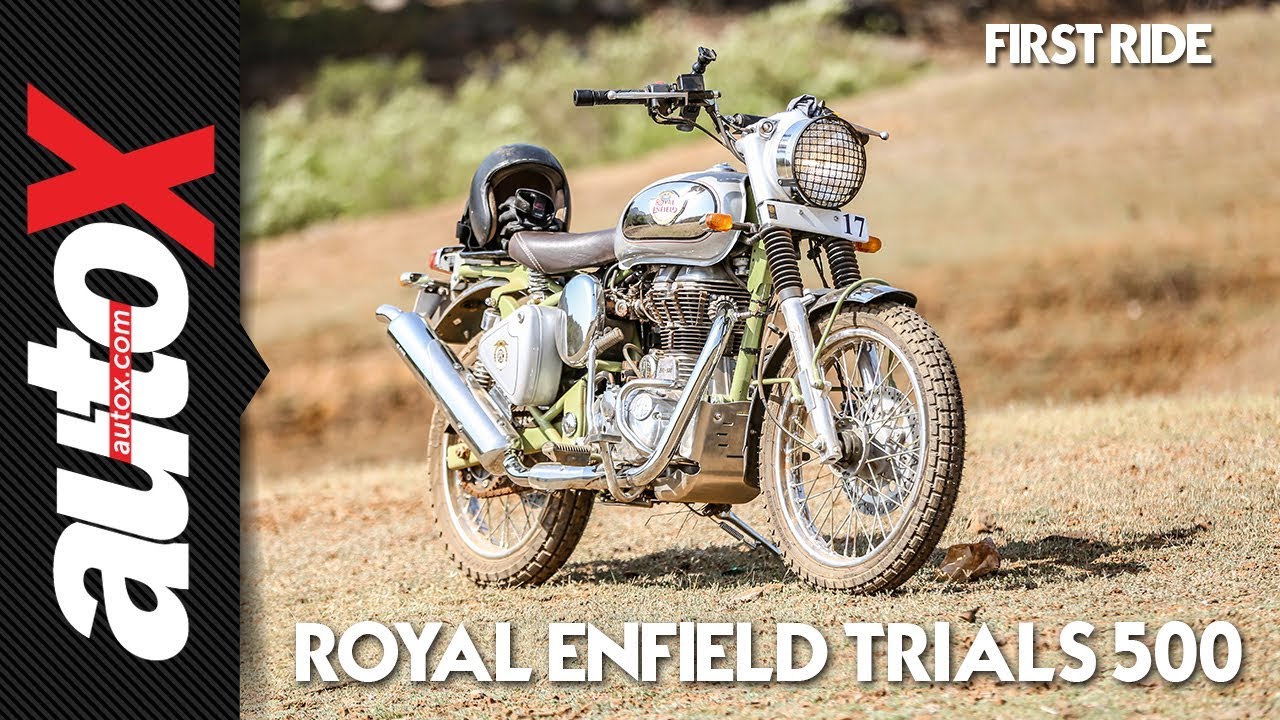 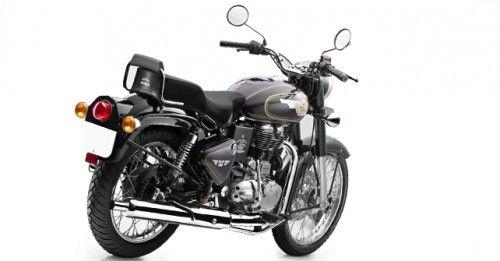