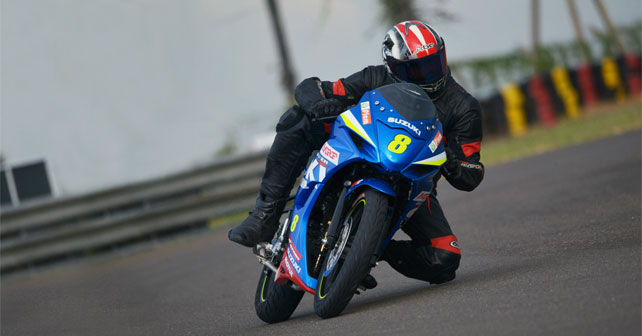 Suzuki’s Gixxer siblings are fun and attractive. The Gixxer in these pages is all that, and a little bit more…

The last time I went out on a track piloting a purpose-built race machine, it went rather well. I brought home a trophy for our magazine. That was on four wheels though. My ‘racing’ experience on two wheels has been nothing short of embarrassing. That’s primarily because the one race I participated in (more like forced to participate in), I was on the grid against teenagers weighing about as much as my left thigh! Just to give you a sense of what I’m saying – I weighed in about double of those kids, and the bike I was on had an insignificant (110cc) engine with cellular levels of power.

For our 4th anniversary in 2010-11, we headed to the MMSC track in Sriperumbudur where Jared and I rode a pair of race-prepped bikes from Yamaha and Honda, which respectively make up their 150cc one-make racing series. That was over 5 years ago, and things have definitely moved northwards since then. The Suzuki Gixxer cup bike proves that. 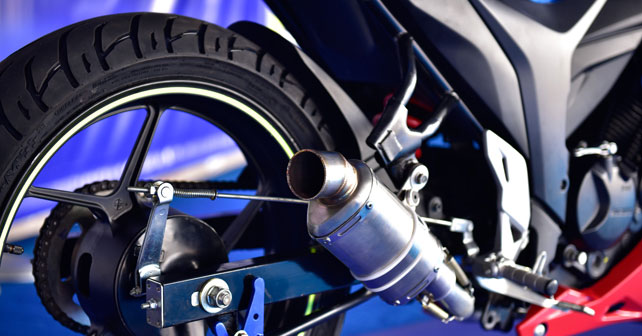 The changes made to the donor bike – the Suzuki Gixxer SF – make the cup version of the bike feel sporty when riding it. The two primary changes that give the bike a sportier feel are afforded by the lowered front end which gets clip-ons instead of the bridge clamp on the stock bike, and the footpegs placement that’s moved a bit aft. I’d actually like to see similar pegs placement even on the SF – it’ll definitely suit, and enhance, the intended character of the bike. Other changes include a free-flow exhaust that makes the cup bike sound like a racing machine and a better, performance biased, air filter. There should be special mention of the tyres. We rode the bike in mostly clear and dry conditions, and the grip from the specially developed softer-compound tyres was fantastic! Even under panic braking situations, there was no lump-in-the-throat roguery – and other than the occasional skip and bounce, the bike retained its composure. Lovely!

I expected a little more muscle in the engine, but it remains a 14.8bhp single that develops 14Nm. There has been a change in the sprocketing to aid top end performance, but it would’ve been nice to see a couple of bhps being added to the spec sheet.

Having not been here in over 7 years, I was heading out onto a track that I’d almost completely forgotten. To make things worse, I’d never been on a bike around here. And so, in the pit lane of the Kari Motor Speedway, I was feeling a bit unsettled. If you recall my piece on the Gixxer SF at the BIC, you’ll remember me mentioning that it’s one of those bikes that instantly makes you feel comfortable and lifts your confidence levels immensely. This was no different.

You see, the thing with race-prepped machines – especially in a racetrack atmosphere – is that even if the mods are relatively tame, there’s still an underlying (if superficial) violence to them. At least that’s the perception, and so the brain readjusts itself and shifts into attack-mode almost immediately.

The Gixxer cup bike is a naturally likeable thing, and I felt quite comfortable on it right from the start. The Kari circuit has a technical layout for most part, and there’s one particular section that I’ve never really been able to master properly – the reducing radius bit that flows from turn 2 into turn 3. Well, the bike has such good overall balance that I didn’t really have any difficulty shedding my mental block around that corner. I may not have been the fastest around it, but I was feeling increasingly confident every time I went around it. That in itself was a small victory for me. 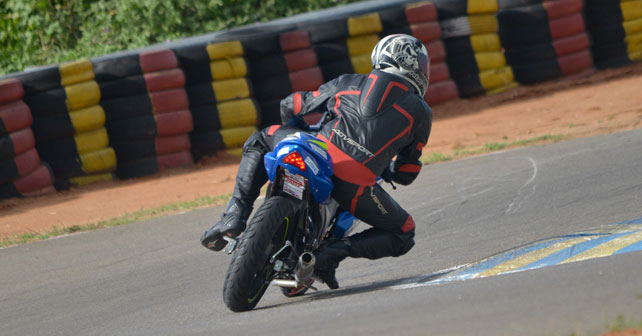 The turn-in is crisp, the communication from the tyres is fabulous, and the handling is sufficiently sharp and confidence inspiring. I did, however, feel that the calibration of the brakes could be a bit better and it could be a bit more front-biased. But, when I think about it, this is a bike for racers who probably brake less than half of what I do – so it’s perhaps a very good setup. The power should’ve been around 20-25bhp, but then there can never be enough power – right? All-in-all, a knee-scraping, properly giggling lad is what it made out of me. And that’s no bad thing!