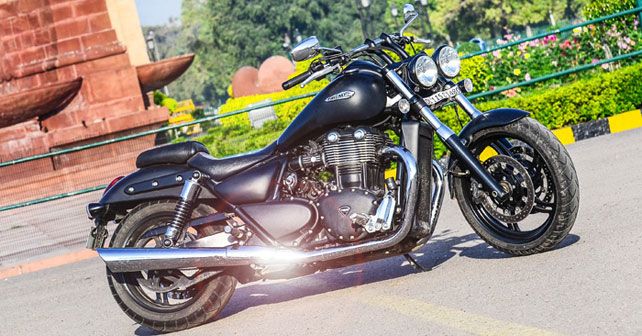 The British are back, but this time they mean to take over our streets. A few months ago we tested the legendary Triumph Bonneville, and it’s no nonsense persona left a lasting impression on me. This time around we got our hands on a larger and more daring machine – the Triumph Thunderbird Storm – and we took it for a joy ride around a part of Delhi that is as British as any Triumph motorcycle. Lutyens’ Delhi is one of the nicest areas of the Capital – one that’s been named after the famous British architect, Edwin Lutyens, who designed the area. The area that’s included in Lutyens Delhi has a distinct character that distinguishes itself from the rest of the city, and it retains its British influence. So it made perfect sense for us to roam these roads designed by a Briton on a legendary British motorcycle.

The Triumph Thunderbird Storm is a massive piece of machinery – and I mean that quite literally. It’s big and burly, and the massive 1,699cc parallel twin engine is what takes up the majority of its wet weight of 339 kilograms. Its fuel tank alone can hold 22 litres of fuel. This heavy cruiser styled bike is finished in matte black and the handlebars, front forks, and dual exhausts are covered in chrome – giving the Triumph Thunderbird Storm a traditional look and the no-nonsense design that we’ve to come to appreciate from Triumph. What makes it stand out from the Harley Davidson Fat Boy – its closest competitor – are its double round headlights, which are unique to Triumph. 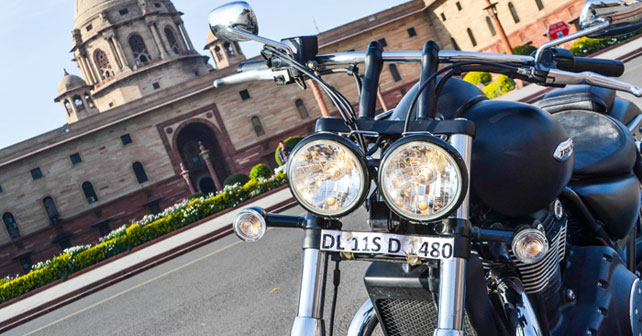 The way the Triumph Thunderbird Storm rides can best be likened to the manner and style of British colonial rule – distinguished, cordial, and yet extremely aggressive. The large leather seat is very comfortable, and the ergonomics of the bike focus completely on the rider. The handlebars are nicely placed up high, and the foot pegs are set ahead of the rider for a relaxed riding position that makes you feel on top of the world when going down the road. The bike is very heavy though, so in traffic you can’t really manoeuvre around too much – as a result, you stay composed and wait for the traffic in front of you to clear. But once the road opens up, and you find some space where you can open the throttle, you’re greeted by the most intense power delivery that you can image – so you try to hold on for dear life as the Thunderbird aggressively shoots forward. The engine is a beauty, and it delivers 96bhp to the rear wheel – but it’s the 156Nm of torque, which is meaty even at low revs, that really makes your stomach feel light as you blast forward from a standstill to 100km/h in just 3.5 seconds. The fact that this bike can pick up that much speed so easily really says a lot about the engineering of the machine. As you pick up speed, the Thunderbird starts to handle with such ease that you can sway through moving traffic easily, and can lean into turns with much more confidence as compared with when you were making slower progress.

Another thing we realised during our Triumph Thunderbird Storm was that although the engine is very refined, and the twin spine tubular steel frame is very strong, the bike still vibrates a fair a bit – but, more worryingly, you can hear, and feel, the engine knock at low revs. The 6-speed transmission does work well, but as you switch through ratios the gear lever also makes a loud clicking sound – and I did have problems downshifting on a few occasions. What I found most concerning was the fact that, even though the engine is a liquid cooled unit, it still shoots out incredibly hot air – and this could be a problem during Indian summers. Other than these few nags, this bike is a fantastic machine that looks dominating, but can be a gentleman at the same time. And that’s an impressive combo!

Please leave your comment below to let us know how you liked our Triumph Thunderbird Storm. 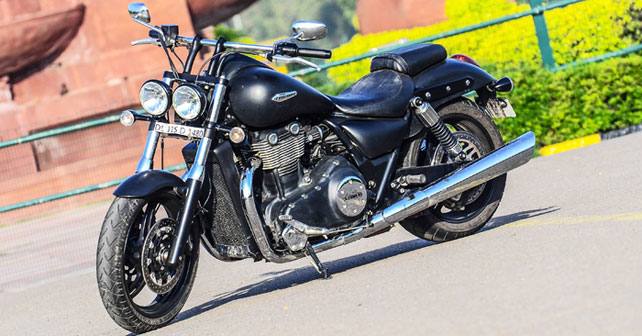